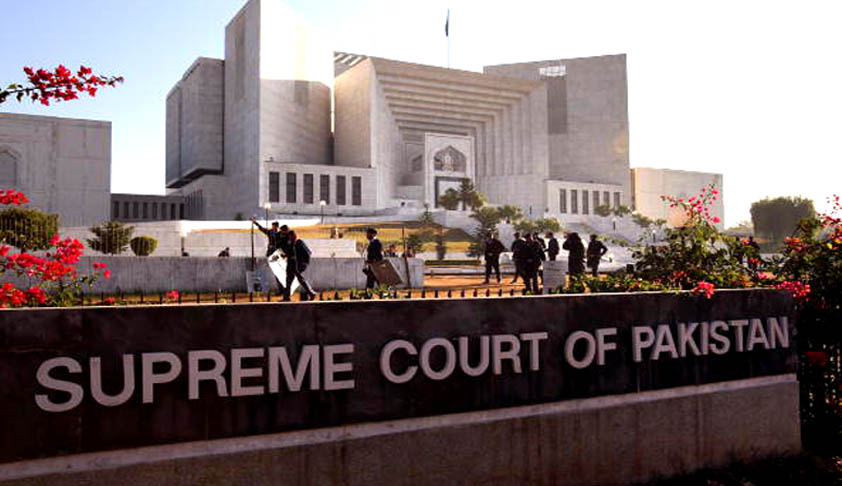 “I agree with my learned brother Qazi Faez Isa, J. that the reconstitution of the Bench by the Hon’ble Chief Justice in the present case is unwarranted and unprecedented and undermines the integrity of the system”

A Supreme Court judge of Pakistan, in an order passed in a case, expressed his strong disagreement with the reconstitution of a bench by the Chief Justice of Pakistan (CJP).

Interestingly, this order passed on Saturday coincides with the anniversary of four judges' press conference in India, who had raised similar allegations about the constitution of benches by the then Chief Justice of India.

Justice Syed Mansoor Ali Shah said the CJP's decision to reconstitute the bench was unwarranted and unprecedented and undermined the integrity of the system.

A three-judge bench of Justice Mian Saqib Nisar, Justice Qazi Faez Isa and Justice Syed Mansoor Ali Shah was constituted to hear a human rights case regarding disposal of infectious wastes in the Province of Khyber Pakhtunkhwa. The Chief Justice abruptly reconstituted the bench by ousting Justice Qazi Faez Isa. The judge, who was ousted from the bench, passed an order in the case, and said the reconstitution was unwarranted and unprecedented, in such a manner, whilst hearing a case. The reconstituted bench comprised of the CJP himself and Justice Syed Mansoor Ali Shah.

In the order passed on Saturday, Justice Shah said: "I must admit that my sitting on the reconstituted two-member bench was a mistake and having realized that after examining the legal position, I did not sign the orders passed by the reconstituted two-member bench and as a junior member of the Bench, awaited for the Hon'ble Chief Justice to pass an appropriate order in response to the Order of my learned brother Qazi Faez Isa, J."

He added that in the absence of a recusal by a member of the bench, any amount of disagreement amongst the members of the bench, on an issue before them, cannot form a valid ground for reconstitution of the bench. "Any reconstitution of the Bench on this ground would impinge on the constitutional value of independence of judiciary. The construct of judicial system is pillared on the assumption that every judge besides being fair and impartial is fiercely independent and is free to uphold his judicial view. This judicial freedom is foundational to the concept of Rule of Law. Reconstitution of a bench while hearing a case, in the absence of any recusal from any member on the bench or due to any other reason described above, would amount to stifling the independent view of the judge. Any effort to muffle disagreement or to silence dissent or to dampen an alternative viewpoint of a member on the bench, would shake the foundations of a free and impartial justice system, thereby eroding the public confidence on which the entire edifice of judicature stands. Public confidence is the most precious asset that this branch of the State has. It is also one of the most precious assets of the nation," the judge said.

He further remarked: "The judge knows the law and the power it grants to the judge, but he must also learn the limits imposed on him as a judge. Second, a judge must recognize his mistakes. Like all mortals, judges err. A judge must admit this."