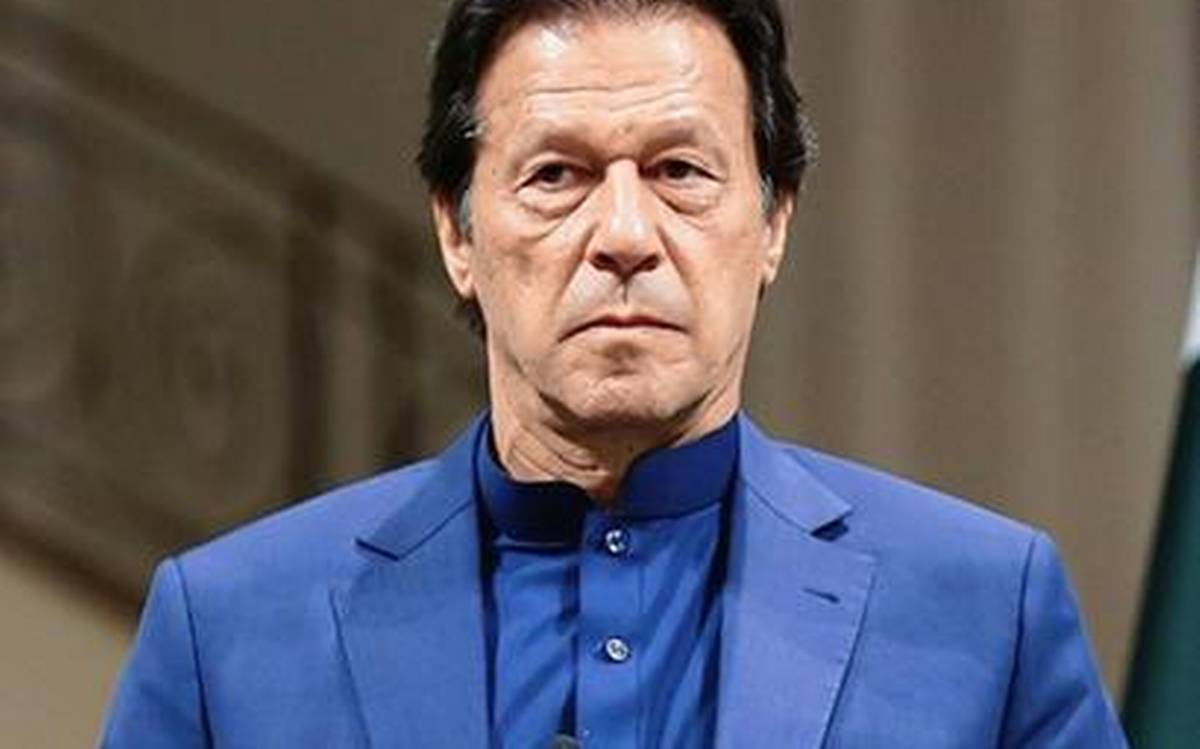 The Pakistan Supreme Court on Monday (12th October) issued suo-motu notice to the Prime Minister of Pakistan Imran Khan over his participation in a lawyers' convention organized by the party in power Pakistan Tehreek-e-Insaf's (PTI) legal wing (The Insaf Lawyers Forum) in the Jinnah Convention Centre (Islamabad) for canvassing for its candidates at the upcoming Supreme Court Bar...

The Pakistan Supreme Court on Monday (12th October) issued suo-motu notice to the Prime Minister of Pakistan Imran Khan over his participation in a lawyers' convention organized by the party in power Pakistan Tehreek-e-Insaf's (PTI) legal wing (The Insaf Lawyers Forum) in the Jinnah Convention Centre (Islamabad) for canvassing for its candidates at the upcoming Supreme Court Bar Association (SCBA) polls.

Reportedly, the Bench of Justice Qazi Faez Isa and Justice Amin-ud-Din Khan, while hearing a civil case against the Punjab government remarked,

"The prime minister is the premier of the whole country, not of one particular group. Why is he misusing the state's resources?"

Significantly, while issuing him the notice, the Supreme Court asked the Prime Minister Imran Khan to explain as to why he used a state property for a private function

"Notice to be also issued to the Prime Minister, Mr Imran Khan, since the utilisation by him of a public building, that is, the Convention Centre Islamabad, was for a private function which apparently had no concern with 'the exercise of powers and performance of functions' of his office (in terms of Article 248 of the Constitution)," remarked the bench. (emphasis supplied)

In a civil matter, an application for adjournment was submitted by Mr. Mehmood A. Sheikh, AOR, on behalf of, 'Mr. Ahmed Awais, ASC representing the petitioner stating that Mr. Ahmed Awais has been 'elevated as Advocate General Punjab', therefore, the petitioner may be granted time to engage another counsel.

Therefore, in the interest of justice, the AOR and the petitioner were allowed to engage the services of another counsel within two weeks

Further, Syed Rifaqat Hussain Shah, the Additional Secretary, Supreme Court Bar Association of Pakistan, who was present in the Court stated that Mr. Ahmed Awais as AG should not involve himself in Bar politics and he is the ex officio Chairman of the Punjab Bar Council, which is the disciplinary body of lawyers.

He also said that it was unfortunate that the AG continues to be actively involved in Bar politics and participated in a function held by a particular segment of the legal community to canvass support for their candidate in the upcoming elections of the Association.
He also submitted before the Court that he was in the forefront of the function held at the Convention Centre, Islamabad, which was broadcast on all television channels where he can be seen sitting with the Prime Minister of Pakistan.
Importantly, he remarked,

"Prime Minister of Pakistan is the Prime Minister of each and every citizen and cannot align himself with a particular group and all the more so in a function which is held in a public venue and paid for by the taxpayers".

The Court was of the view that the concerns expressed by Syed Rifaqat Hussain Shah involved serious issues, including the maintenance of the integrity of public offices and Fundamental Rights, including Articles 18, 25, 26 and the prescribed oath of office of the Prime Minister.

Since the matter appeared to the Court to be of 'public importance with reference to the enforcement of any of the Fundamental Rights' in terms of Article 184(3) of the Constitution of the Islamic Republic of Pakistan ('the Constitution') the Supreme Court accordingly took notice of the matter.

The Court issued notice to the Prime Minister, Mr. Imran Khan and to the learned Attorney-General for Pakistan.

Further, the Court directed that the law officers and all concerned should come prepared to dilate on whether a public building and the public offices of the Prime Minister and the Advocate General Punjab can be used for personal and or the political purposes of the political party to which they belong.

The authority which operates the Convention Centre, Islamabad was also asked to submit its report about the following:

(1) Who sought permission for the use of the Convention Centre in respect of the said function?

(2) Who granted permission for the use of the Convention Centre?

(3) Whether a bill was raised and payment made, and if so, by whom, for the use of the Convention Centre?

(4) The answers to the aforesaid be submitted with supporting documents.

Notice was sent to the Pakistan Electronic Media Regulatory Authority ('PEMRA') to submit the following:

(1) A copy of the complete recording of the said function held in the Convention Centre.

(2) A transcript of the above.

Notices have also been forwarded to the Pakistan Bar Council, the Supreme Court Bar Association and the Punjab Bar Council to assist in the matter as it also appears to involve the integrity of Bar elections and of the office of the AG/Chairman, Punjab Bar Council