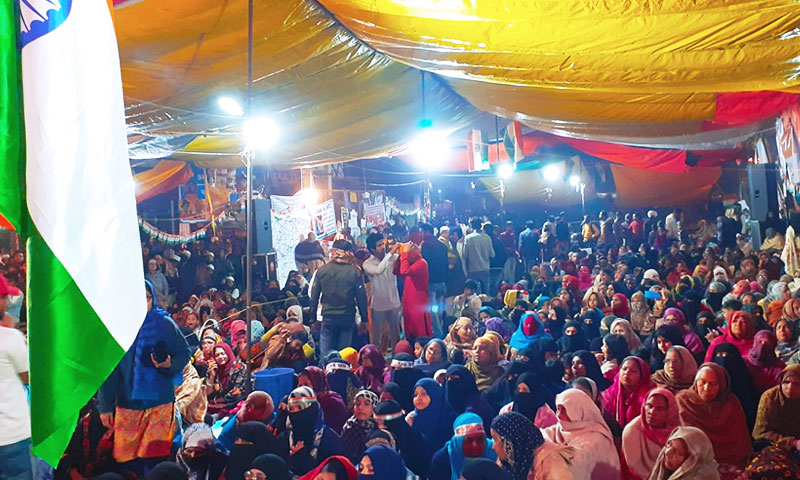 x
The government created a "culture of impunity for nationwide campaigns of harassment and violence against religious minorities", said the report.

Observing that the religious freedom conditions in India experienced a 'drastic downward trend in 2019', the United States Commission on International Religious Freedom recommended designation of India as a "Country of Particular Concern" in its annual report released on Wednesday.

This is the first time since 2004 that USCIRF recommends India as a Country of Particular Concern. India has been placed alongside Burma, China, Eritrea, Iran, Nigeria, North Korea, Pakistan, Russia, Saudi Arabia, Syria, Tajikistan, Turkmenistan, and Vietnam.

"In 2019, religious freedom conditions in India experienced a drastic turn downward, with religious minorities under increasing assault. Following the Bharatiya Janata Party's (BJP) re-election in May, the national government used its strengthened parliamentary majority to institute national level policies violating religious freedom across India, especially for Muslims. The national government allowed violence against minorities and their houses of worship to continue with impunity, and also engaged in and tolerated hate speech and incitement to violence", stated the USCIRF in its 2020 Annual Report.

The Commission particularly noted the developments of enactment of Citizenship Amendment Act 2019, publication of final Assam-NRC list, proceedings in Foreigners Tribunals in Assam,  proposal to bring nationwide National Register of Citizens, crackdown on anti CAA-NRC protesters, lockdown in Jammu and Kashmir, lynchings in the name of cow-protection, and the riots which engulfed parts of Delhi in February 2020.

"During 2019, discriminatory policies, inflammatory rhetoric, and tolerance for violence against minorities at the national, state, and local level increased the climate of fear among non-Hindu communities. After the reporting period, India continued on this negative trajectory. In February 2020, three days of violence erupted in Delhi with mobs attacking Muslim neighborhoods. There were reports of Delhi police, operating under the Home Ministry's authority, failing to halt attacks and even directly participating in the violence. At least 50 people were killed", the report stated on Delhi riots.

The Commission observed that throughout 2019, the government created a "culture of impunity for nationwide campaigns of harassment and violence against religious minorities".

The Commission has recommended US Government, inter-alia,  to "impose targeted sanctions on Indian government agencies and officials responsible for severe violations of religious freedom by freezing those individuals' assets and/or barring their entry into the United States".

Three out of the ten USICRF Commissioners, Gary Bauer, Johnnie Lee and Tenzin Dorje, dissented with the majority recommendations.

"The trend line on religious freedom in India is not reassuring. But India is not the equivalent of communist China, which wages war on all faiths; nor of North Korea, a prison masquerading as a country; nor of Iran, whose Islamic extremist leaders regularly threaten to unleash a second Holocaust", observed Gary Bauer in his dissenting note.

"By and large, the press freely reported both anti-and pro-CAA voices and chief ministers of states such as Kerala decided not to implement the CAA. The Supreme Court of India has been asked to adjudicate on its constitutionality. India is a free and open democratic society that allows for all possibilities; therefore, India is not a CPC country", he remarked.

"I am gravely concerned that political and inter-communal strife will be further exacerbated by religious tensions, yet I am also heartened that India remains the world's largest democracy, governed by a pristine constitution, and I am also encouraged that this great nation is a tremendous friend and ally of the United States", said Johnnie Lee.

The Government of India has reacted sharply to the USCIRF report, terming it "biased".

Foreign Ministry Spokesperson Anurag Srivastava said, "We reject the observations on India in the USCIRF Annual Report. Its biased and tendentious comments against India are not new. But on this occasion, its misrepresentation has reached new levels. It has not been able to carry its own Commissioners in its endeavour. We regard it as an organisation of particular concern and will treat it accordingly."