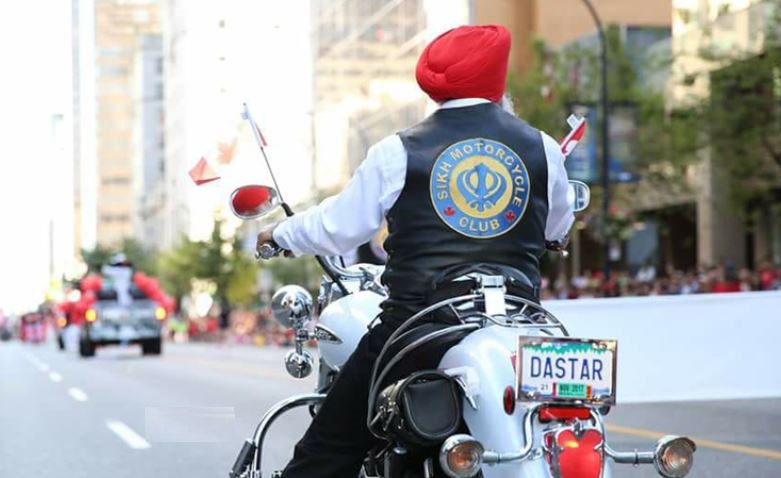 x
"The helmet duty is not only to protect the motorcyclist, but also the physical and psychological integrity of other accident participants and rescue workers."

The Federal Administrative Court of Germany has ruled that anyone wearing a turban for religious reasons is not exempted from wearing a helmet when riding a motorcycle.

The Federal Administrative Court (Bundesverwaltungsgericht) in Leipzig is one of the five federal Supreme Courts of Germany. It is the final appellate court of all cases of administrative law.

A man, a practicing Sikh, sought an exemption from the obligation to wear a safety helmet when riding a motorcycle. According to him, he is obliged to wear a turban for religious reasons and thus could not wear a helmet. The authorities rejected his application and said that the exemption could only be granted for health reasons.

The Court held that by complying with a duty to wear a helmet, he is not hindered in the practice of his faith. However, when complying with the obligation to wear a turban for religious reasons, he must forego motorcycling, the court said.

The helmet duty is not only to protect the motorcyclist, but also the physical and psychological integrity of other accident participants and rescue workers. You may be traumatized by the accidental death or by the occurrence of serious injury to a motorcyclist not secured with a safety helmet. In addition, in the event of an accident, a helmet-protected motorcyclist will be more likely to help rescue other people, such as by securing the scene of the accident, providing first aid or calling for rescue services. Therefore, a claim for exemption from the obligation to wear helmets can at best exist if the person concerned cannot be expected to refrain from riding a motorcycle for special reasons.

The Bombay High Court has reasoned this exemption given to Sikhs and has observed that the same is not on the basis of caste, creed or religion. According to the High Court, members of the Sikh community wear turban, serves the object of the provisions, i.e. protecting the head from head injury in case of road accident. [Girish Uskaikar vs Chief Secretary]

Rule 115 of the Delhi Motor Vehicles Rules initially provided that it shall be optional for woman whether riding on pillion or driving on a motor cycle to wear a protective headgear. Later the same was amended and the effect was that, except Sikh women, all other women are required to compulsorily wear a helmet.

This exemption granted to Sikh women was challenged before the Delhi High Court on the ground that it is in disregard for the safety of women belonging to the Sikh community. Though the High Court noted the contentions, it did not interfere with the exemption granted.

Disagreeing with the opinion expressed by the Bombay High Court in Girish Uskaikar, the Delhi High Court held that exemption is clearly on religious grounds.

The Uttarakhand High Court has also ruled in a similar issue. Before the High Court, a PIL was filed by Uttaranchal Sikh Federation praying for an exemption to Sikh woman from wearing protective headgear (helmet) while driving or riding on two-wheelers. Taking into account the Rule 201 of the U.P. Motor Vehicles Rules 1998 as applicable to the State, the court held that Sikh women are not required to wear a protective headgear while riding on a motor cycle, scooter or moped. But the requirement that Sikh women should wear protective headgear while driving a motor cycle, scooter or moped, was not interfered with.

The Punjab and Haryana High Court, in 1997, issued a directive that all are are required to wear helmets. The High Court only exempted Sikh women while driving.  In the appeal filed against this judgment, the Supreme Court, in Chandigarh Administration & Ors vs Namit Kumar observed that if any exemption is granted to any person including Sikh women from any of the Motor Vehicles Rules relating to different States or areas or under any Statutory Rule the same shall operate notwithstanding the directions of the High Court that all persons including women shall wear helmets. The Court noted that Punjab Motor Vehicles Rules and Chandigarh Motor Vehicles Rules, 1990 exempt Sikh women from wearing the helmet.

In a case before Madras High Court, it was contended that people representing various other religious sentiments other than turban wearing Sikhs, they also feel difficulty in wearing helmet.  It was contended that religious heads, practitioners and/or followers such as Pundits, Vadhiyars, Swamijis, Christian Fathers, Islam embracing Priests/practitioners, etc., should be exempted from wearing helmets. The plea was dismissed.

Read Press Release of the Court