Right To Freedom Of Expression Is The Lifeblood Of A Genuine Constitutional Democracy: South Africa Constitutional Court Reads Down Its Riotous Assemblies Act 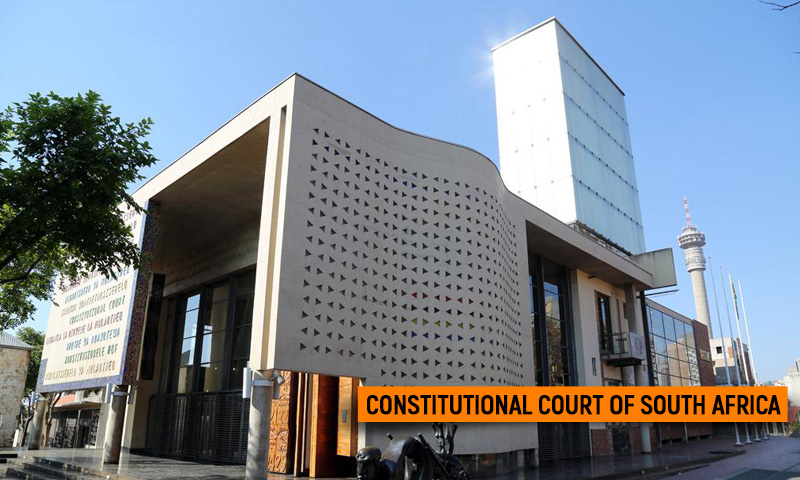 The Constitutional Court of South Africa has held that the section 18(2)(b) of the Riotous Assemblies Act is unconstitutional to the extent that it criminalises the incitement of another to commit "any offence".We should always lean in favour of respecting, protecting and promoting [ the fundamental] rights rather than settle for the easy and more deleterious option of taking them away, the...

The Constitutional Court of South Africa has held that the section 18(2)(b) of the Riotous Assemblies Act is unconstitutional to the extent that it criminalises the incitement of another to commit "any offence".

We should always lean in favour of respecting, protecting and promoting [ the fundamental] rights rather than settle for the easy and more deleterious option of taking them away, the court observed.

As per Section 18(2), any person who incites, instigates, commands, or procures any other person to commit, any offence whether at common law or against a statute or a statutory regulation, shall be guilty of an offence and liable on conviction to the punishment to which a person convicted of actually committing that offence would be liable.

The court (majority 7:3) observed that, to bring the provision within constitutionally-permissible range, the term "serious" must be inserted between "any" and "offence".

Julius Sello Malema, the President of a political party known as the Economic Freedom Fighters, was charged under this provision alleging that he incited EFF members and other persons to commit an offence of occupying land registered in the names of others without lawful permission or lawful reason. Allowing the petition filed by him challenging the constitutional validity of this provision, the High Court held that the Riotous Assemblies Act actively criminalises conduct that is otherwise protected by section 16(1) of the Constitution and thus limits the right to freedom of expression.

Section 16(1) of the Constitution provides that (1) Everyone has the right to freedom of expression, which includes— (a) freedom of the press and other media; (b) freedom to receive or impart information or ideas; (c) freedom of artistic creativity; and (d) academic freedom and freedom of scientific research. Sub Section (2) clarifies that the right in subsection (1) does not extend to— (a) propaganda for war; (b) incitement of imminent violence; or (c) advocacy of hatred that is based on race, ethnicity, gender or religion, and that constitute incitement to cause harm.

In its order confirming the High Court's judgment, the Chief Justice Mogoeng observed:

"It is no exaggeration to characterize the right to freedom of expression as the lifeblood of a genuine constitutional democracy that keeps it fairly vibrant, stable and peaceful. When citizens are very angry or frustrated, it serves as the virtual exhaust pipe through which even the most venomous of toxicities within may be let out to help them calm down, heal, focus and move on. More importantly, free expression is an indispensable facilitator of a vigorous and necessary exchange of ideas and accountability.

The court noted that the Section 18(2)(b) of the Riotous Assemblies Act criminalises incitement to commit "any offence". The court said:

"The criminalisation of "incitement" of "any offence" by section 18(2)(b) is a limitation so "widely-phrased and so far-reaching that it would be difficult to know beforehand what is really prohibited or permitted". "Any offence" is therefore unquestionably overbroad and its inhibition of free expression is markedly disproportionate to its conceivable benefit to society. And there is no need for this. Not only would confining the proscription of incitement to serious offences promote or be respectful of free expression, but it would also enhance crime prevention in a more meaningful way. That would constitute a less restrictive means. It would also avert the dangers of a prohibition which makes very substantial inroads into the free expression domain and carries a criminal sanction with all its chilling consequences."

"Citizens ought to enjoy the liberty to express themselves in support of or opposition to anything or any law, obviously within the confines of the overall thrust of section 16(1) of the Constitution. Speaking out or advocacy against laws or offences believed to be unjust ought not to be easily proscribed by statute. And so is encouraging, not forcing, others to defy them. Allowing that expression would then leave it open to individuals to make up their own minds – to follow or reject the incitement – in line with their constitutional right to freedom of "thought" and "opinion". The exercise of that freedom would then inform their own response to what they are being incited to say or do."

Therefore, the court suspended the operation of this provision for a period of 24 months from the date of the handing down of this judgment to enable Parliament to rectify the constitutional defect. In the interregnum, the court read down the provision as follows:

The criminalisation of incitement to commit "any offence" overshoots the mark of crime prevention that is free expression sensitive. To ensure that section 18(2)(b)  shoots within the confines of a constitutionally-permissible range, and thus constitutes a less restrictive means of limiting free expression, "serious" is the word that must be inserted between "any" and "offence". And the insertion of "serious" would serve the purpose of constraining the over breadth in the interim."

""We need the "umbrella" of the crime of incitement in the storm of rampant crime in our country. There are adequate checks and balances to guard against its misuse. And in my view, it passes constitutional muster as it satisfies the stringent test set in section 36(1)." , Justice Majiedt said in his dissenting opinion.

"It would be remiss of any court to shirk that responsibility, counting on the police and prosecutors to do what Parliament should have done but failed to, and what a court should be doing but chooses to pass the buck to the police and the prosecuting authority.": CJ Mogoeng