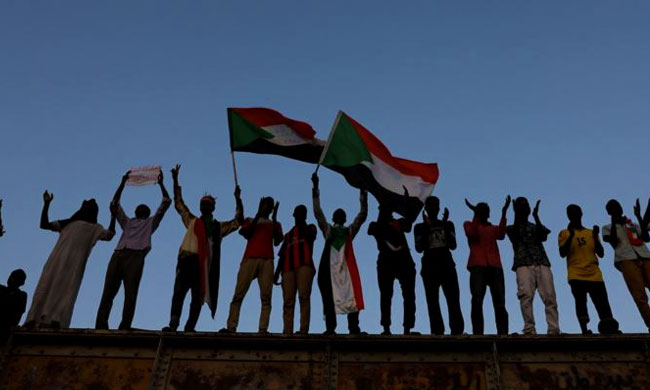 The September 2018 Revolution of Sudan was about a series of demonstrations that broke out due to deterioration of economic conditions and soaring cost of living in the country. The protests in no time took the face of demands seeking civilian rule, forcing the long-standing President Omar al-Bashir to bow out.Currently, the country is being governed by the Transitional Military Council...

The September 2018 Revolution of Sudan was about a series of demonstrations that broke out due to deterioration of economic conditions and soaring cost of living in the country. The protests in no time took the face of demands seeking civilian rule, forcing the long-standing President Omar al-Bashir to bow out.

Currently, the country is being governed by the Transitional Military Council (TMC) which has, together with the political alliance of Forces of Freedom and Change (FFC), adopted an interim Constitution, the Constitutional Charter for the 2019 Transitional Period. This document will replace Sudan's 2005 Transitional Constitution and draw an outline of the interim government which will govern the country during its 39 months of transition period. A formal signing of the document is set to be held on August 17, in the presence of foreign dignitaries.

The constitutional declaration states that Sudan is country founded on justice, equality and diversity and guarantees human rights and fundamental freedoms. It declares Sudan as an "independent, sovereign, democratic, parliamentary, pluralist and decentralized state, where rights and duties are based on citizenship without discrimination due to race, religion, culture, sex, color, gender, social or economic status, political opinion, disability, regional affiliation or any other cause." It has also stressed on the prevalence of Rule of Law in the region.

The salient features of this Constitution are given below:

• It proposes to draft policies within six months to achieve comprehensive and lasting security and peace.

• The Sovereignty Council (SoCo) will oversee the creation of council of ministers and the legislative council. It will consist of 11 members, composed of five military personnel chosen by TMC, five civilians selected by FFC and the 11th member being a civilian, chosen unanimously by the two parties.

• The Legislative Council (LegCo) will be an independent legislative authority with maximum 300 members where at least 40% of the seats will be reserved for women. The FFC will appoint 67% of the LegCo members, while other political groups that are not associated with Al-Bashir will appoint the rest.

• Legal action cannot be taken against members of the three councils without prior permission from the LegCo in majority.

• The document provides that a state of national emergency may be declared by SoCo on recommendation of Council of Ministers if they believe that unity and safety of the country are at risk. However, such a request must be approved by the LegCo within 15 days.

• The judicial system of the country will consist of three bodies: a Supreme Judicial Council, a Judicial Authority and Constitutional Courts.

• The Supreme Judicial Council will select the president and members of the Constitutional Court and the president of the judiciary and his deputies.

• The Judicial Authority will have jurisdiction to adjudicate upon disputes and issue rulings in accordance with law.

• The Constitutional Court will be an independent body, competent to oversee and adjudicate upon constitutionality of laws and to protect rights and freedoms of people.

Chapter 14 of the declaration entails the rights and freedoms of Sudanese citizens. The key provisions provide for:

1. Equality before the law;

2. Equal social, civil, political, cultural, and economic rights for both men and women;

3. Freedom of travel and residence subject to public health and safety;

4. Prohibition of slavery and forced labor;

5. Provisions relating to restriction on the punishment of death penalty;

6. Right to acquisition and ownership of property;

7. Right to express freely, without limitations and the right to receive or publish information and access to the press and internet, in accordance with the law;

8. Right to freedom of belief and worship of one's religion subject to public order;

9. Right to life and human dignity;

10. Right to litigate and right to a fair trial based on presumption of innocence of the accused;

11. Right to peaceful assembly and the right to create or join political parties, NGOs, syndicates, and professional unions;

12. Right to personal freedom and protection from torture, humiliation, or ill-treatment;