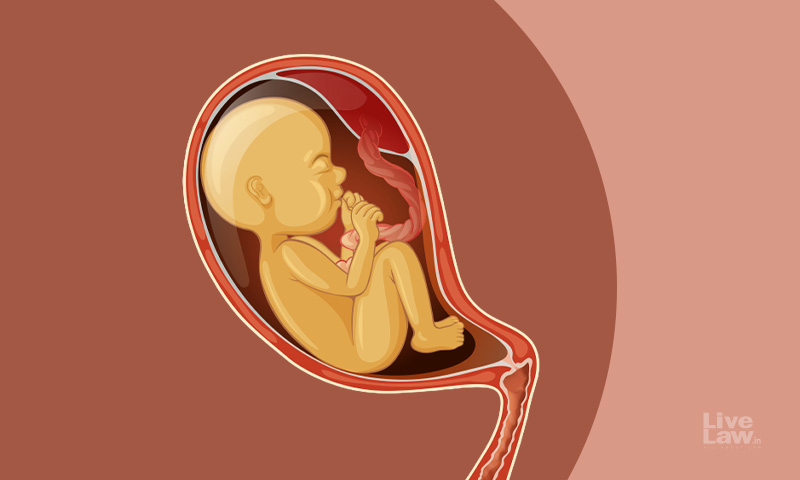 The Supreme Court of the United States (by 5:4 majority) refused to stay a law enacted by Texas effectively banning abortions as early as six weeks into the pregnancy.The law thus came into force on 1st September 2021.The new law viz. Texas Heartbeat Act, makes it unlawful for physicians to perform abortions if they either detect cardiac activity in an embryo or fail to perform a test to...

The Supreme Court of the United States (by 5:4 majority) refused to stay a law enacted by Texas effectively banning abortions as early as six weeks into the pregnancy.

The law thus came into force on 1st September 2021.The new law viz. Texas Heartbeat Act, makes it unlawful for physicians to perform abortions if they either detect cardiac activity in an embryo or fail to perform a test to detect such activity. It also allows 'any person' to bring a civil action against violation of this regulation.

The Act states that it is a law relating to abortion, including abortions after detection of an unborn child's heartbeat; authorizing a private civil right of action.

Chief Justice Roberts,  dissented, saying that the Texas Law is 'not only unusual, but unprecedented'. Justice Breyer, noted that the law delegates to private individuals the power to prevent a woman from obtaining an abortion during the first stage of pregnancy. Referring to Roe v. Wade, and Planned Parenthood of Southeastern Pa. v. Casey, he said that a woman has a federal constitutional right to obtain an abortion during that first stage. The very bringing into effect of Texas's law may well threaten the applicants with imminent and serious harm, the judge said.

Expressing her strong dissent, Justice Sotomayor, said that the Texas Law is a 'breathtaking act of defiance—of the Constitution, of this Court's precedents, and of the rights of women seeking abortions throughout Texas.' She said that the 'Court's order is stunning' and that it 'rewarded the State's effort to delay federal review of a plainly unconstitutional statute'. "The Court should not be so content to ignore its constitutional obligations to protect not only the rights of women, but also the sanctity of its precedents and of the rule of law. I dissent.", she observed.

"Without full briefing or argument, and after less than 72 hours' thought, this Court greenlights the operation of Texas's patently unconstitutional law banning most abortions. The Court thus rewards Texas's scheme to insulate its law from judicial review by deputizing private parties to carry out unconstitutional restrictions on the State's behalf. As of last night, and because of this Court's ruling, Texas law prohibits abortions for the vast majority of women who seek them—in clear, and indeed undisputed, conflict with Roe and Casey", Justice Kagan opined. He also criticised 'Court's shadowdocket decision making'.

In Roe v. Wade, the SCOTUS had ruled that unduly restrictive state regulation of abortion is unconstitutional. It held that a set of Texas statutes criminalizing abortion in most instances violated a woman's constitutional right of privacy. In Planned Parenthood of Southeastern Pa. v. Casey, the Court reiterated that women have a right to obtain an abortion prior to fetal viability.

Interestingly, Section 2 of the Heartbeats Act states thus: The legislature finds that the State of Texas never repealed, either expressly or by implication, the state statutes enacted before the ruling in Roe v. Wade, 410 U.S. 113 (1973), that prohibit and criminalize abortion unless the mother's life is in danger.

The law defines 'Fetal heartbeat" means cardiac activity or the steady and repetitive rhythmic contraction of the fetal heart within the gestational sac. According to the Texas legislators, 1) fetal heartbeat has become a key medical predictor that an unborn child will reach live birth; (2) cardiac activity begins at a biologically identifiable moment in time, normally when the fetal heart is formed in the gestational sac; (3) Texas has compelling interests from the outset of a woman's pregnancy in protecting the health of the woman and the life of the unborn child; and (4) to make an informed choice about whether to continue her pregnancy, the pregnant woman has a compelling interest in knowing the likelihood of her unborn child surviving to full-term birth based on the presence of cardiac activity.

The law further allows 'any person, other than an officer or employee of a state or local governmental entity in this state' to bring a civil action against any person who: (1) performs or induces an abortion in violation of the above provisions (2) knowingly engages in conduct that aids or abets the performance or inducement of an abortion. The successful claimant will be awarded 'statutory damages in an amount of not less than $10,000 for each abortion that the defendant performed or induced in violation of this sub-chapter, and for each abortion performed or induced in violation of this subchapter that the defendant aided or abetted.'  It is also clarified that the consent of the unborn child's mother to the abortion will not be treated as a defense to an action brought. Also the 'belief that the requirements of this subchapter are unconstitutional or were unconstitutional' is also not a defense.