US President Trump Violated First Amendment By Blocking Twitter Users Critical Of Him, Holds US Court of Appeals [Read Judgment] 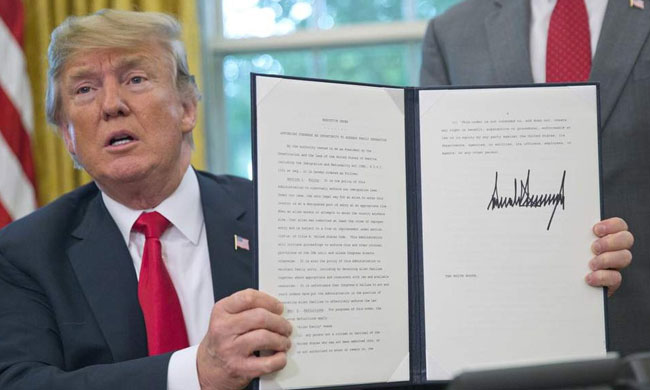 x
"Once the President has chosen a platform and opened up its interactive space to millions of users and participants, he may not selectively exclude those whose views he disagrees with."
Your free access to Live Law has expired
To read the article, get a premium account.

The United States Court of Appeals for the Second Circuit has held that the President Donald Trump violated the First Amendment by blocking twitter users critical of him.

Circuit Judges Parker, Hall, and Droney unanimously affirmed the judgment of the district court that had held that blocking of Twitter users from US President's Twitter account because of their expressed political views, is unconstitutional as it violates the First Amendment.

President Trump cannot selectively exclude those whose views he disagrees with

"Once the President has chosen a platform and opened up its interactive space to millions of users and participants, he may not selectively exclude those whose views he disagrees with. … President Trump is only one of thousands of recipients of the messages the Individual Plaintiffs seek to communicate. While he is certainly not required to listen, once he opens up the interactive features of his account to the public at large he is not entitled to censor selected users because they express views with which he disagrees."

The court further observed that the speech in question is that of multiple individuals, not just the President or that of the government. When a Twitter user posts a reply to one of the President's tweets, the message is identified as coming from that user, not from the President, it said.

Best response to disfavored speech on matters of public concern is more speech, not less

The irony in all of this is that we write at a time in the history of this nation when the conduct of our government and its officials is subject to wide‐open, robust debate. This debate encompasses an extraordinarily broad range of ideas and viewpoints and generates a level of passion and intensity the likes of which have rarely been seen. This debate, as uncomfortable and as unpleasant as it frequently may be, is nonetheless a good thing. In resolving this appeal, we remind the litigants and the public that if the First Amendment means anything, it means that the best response to disfavored speech on matters of public concern is more speech, not less.

The ruling by District Court came on a petition seeking both declaratory relief and injunctive relief filed by certain individuals viz. Rebecca Buckwalter, Philip Cohen, Holly Figueroa, Eugene Gu, Brandon Neely, Joseph Papp, and Nicholas Pappas, who have been blocked by the President's Twitter account. An organization, named the Knight Institute, also joined the case as plaintiffs contending that though it is not blocked by the President, it desires to read comments that otherwise would have been posted by the blocked Plaintiffs, and by other accounts blocked by @realDonaldTrump, in direct reply to @realDonaldTrump tweets.