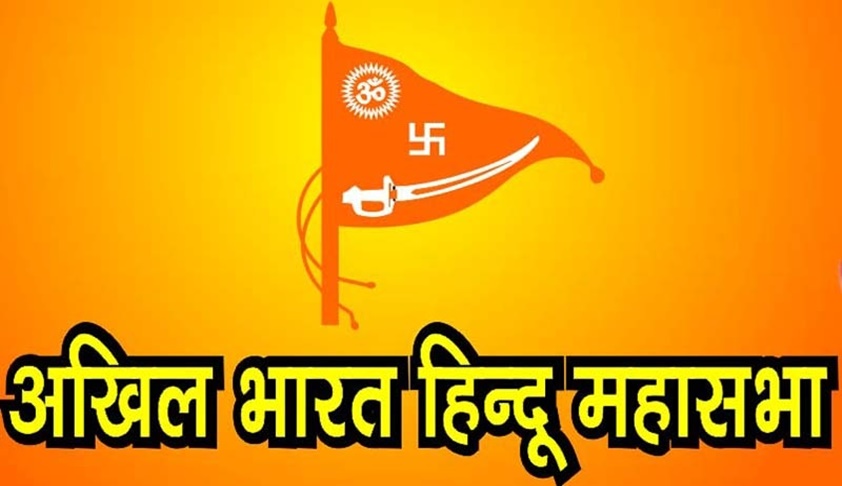 A Public Interest Litigation has been filed before the Allahabad High Court demanding dismantling of the “Hindu Courts” established by the Akhil Bhartiya Hindu Maha Sabha and restraining the Sabha from constituting such courts in the future.

The PIL, filed by Allahabad based Advocate Ankit Singh through Advocate Rohan Gupta, contends, “…the establishment of such ‘Hindu courts’ is a defect way of dividing the country and creating secession. It endorses an unhealthy precedent of mainstream religion-based justice system in secular India. Therefore, the establishment of such courts is clearly against the spirt of secularism, which is deeply embodied in our Constitution and forms a part of its basic structure…

…the ‘Hindu Courts’ are wholly illegal, an outrage to the Constitution and an affront to the Judiciary and must be stamped out ruthlessly.”

It further asserts that establishment of a “religion based Hindu Judicial System” would be “an affront to the judicial system and the Constitution of the Country, while tarnishing the secular character of the nation”.

The petition alleges that the Sabha, “seemingly to capitalize on the communal atmosphere prevalent in the state”, established a Hindu Court on 15 August, 2018. Ms. Pooja Shakun Pandey, National Secretary of Akhil Bhartiya Hindu Maha Sabha has been appointed as the first judge of the Hindu Court, and that the bye laws have been proposed to be declared by the party members on 2 October. It further submits that the Sabha plans to appoint five more judges in different parts of the country on 15 November, 2018.

Mr. Singh makes reference to a statement issued by Pandit Ashok Sharma, National Vice President of the Sabha, who said that they were setting up a Hindu Court since the Government had not done anything about the establishment of Sharia Courts in the country. He refers to another statement issued by Ms. Pandey, who added that these courts would have the power to hand down capital punishment as well.

Highlighting such statements, the petition asserts that the Sabha wants to “take law in their own hands”, and that setting up of such Courts amounts to establishment of an adjudicatory mechanism parallel to the Courts, “which is clearly usurping the sovereign functions of the State”.

The petition further avers that constitution of such courts goes against the spirit of secularism, which is a part of the basic structure of the Constitution of India. It finally contends that these Courts “not only colour justice with religion but also mock the sanctity of constitutionally appointed courts”, asserting that the act of constituting of Hindu Courts therefore amounts to criminal contempt of court.