Application Intentionally Withdrawn By Applicant And Subsequently Filed On The Same Transaction Will Be Barred By Res Judicata. NCLT Kochi 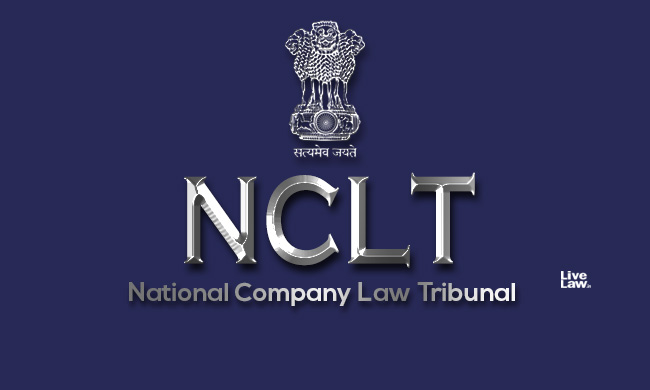 The Kochi Bench of NCLT in a Bench comprising of Justice Ashok Kumar Borah and Mr. Shyam Baby Gautam in Jose Samuel v. M/s Royal International Trade and Allied Products Pvt. Ltd. has dismissed the application seeking initiation of Corporate Insolvency Resolution Process against the Respondent/ Corporate Debtor, i.e. Royal International Trade and Allied Products Private Limited on the ground that the same is barred by the principle of Res Judicata. A similar application was filed by Power of Attorney Holder of the applicant, which was intentionally withdrawn by him. Thus, subsequent filing of the same application would create a bar of res judicata as provided under Section 11 of the Code of Civil Procedure.

Facts Of The Case

Jose Samuel, proprietor of M/s Thankam Cashew Factory (Operational Creditor) filed an application under Section 9 of the Insolvency and Bankruptcy Code, 2016 seeking initiation of Corporate Insolvency Resolution Process against the Respondent/ Corporate Debtor for the payment of the defaulted amount of Rs. 4,03,23,329.

The sister concern of the applicant filed an application initiating CIRP against the Corporate Debtor, however the same was dismissed on account of absence of privity of contract. In February 2021, the Applicant/ Operational Creditor filed a similar application through its Power of Attorney Holder.

When this application was withdrawn by the Power of Attorney Holder, the applicant preferred the present application under Section 9 of the Code. Section 9 of the Code enables the Operational Creditor to initiate CIRP against the Corporate Debtor after the expiry of the period of ten days from the date of delivery of the notice or invoice demanding payment under sub-section (1) of section 8, if the operational creditor does not receive payment from the corporate debtor or notice of the dispute under sub-section (2) of section 8.

The Respondent also submitted that there was a pre-existing dispute between the Corporate Debtor and the Operational Creditor. The relationship between them became strained after it became known that the applicant was involved in the scam pulled by the actual supplier of raw cashew nuts to the Corporate Debtor. The existence of the dispute may be a ground to thwart an application filed under Section 9 of the Code.

The Tribunal held that the previous application which was filed by the Power of Attorney holder of the applicant herein and the present application are identical- both seeking initiation of CIRP against the applicant with respect to the same High Sea Sale Contract.

The applicant had intentionally withdrawn the previous application after it was served to the other side as they knew that it would not be decided in their favour. The application was allowed to be withdrawn with costs, which shows that the Tribunal was ready to hear and dispose of the matter so that a final order could be passed.

The applicant did not obey the directions to pay costs, but instead filed the present application, which is hit by res judicata.

Thus, whether the case is finally decided by the Tribunal does not arise, as the intention behind the withdrawal of the application is well known to both parties.

Identity Of The Applicant-

It was held that since it is not stated anywhere in the application that the applicant could not sign it, the Tribunal held that there is reason to believe that this application was not filed with the actual knowledge or authority of the applicant. The Tribunal referred to Rule 128 of the NCLT Rules which provides that where an affidavit is sworn or affirmed by any person who appears to be illiterate, visually challenged or unacquainted with the language in which the affidavit is written, the attester shall certify that the affidavit was read, explained or translated by him or in his presence to the deponent and that he seemed to understand it, and made his signature or mark in the presence of the attester in Form No.NCLT 14. Form No. 14 was not annexed with the application.

The Tribunal referred to Section 5(6) of the Code and held that there was a pre-existing dispute between the parties as regards the quality of goods and services.

(a) the existence of the amount of debt;

(b) the quality of goods or service; or

(c) the breach of a representation or warranty.

The Tribunal thus dismissed the application seeking initiation of CIRP against the Corporate Debtor.