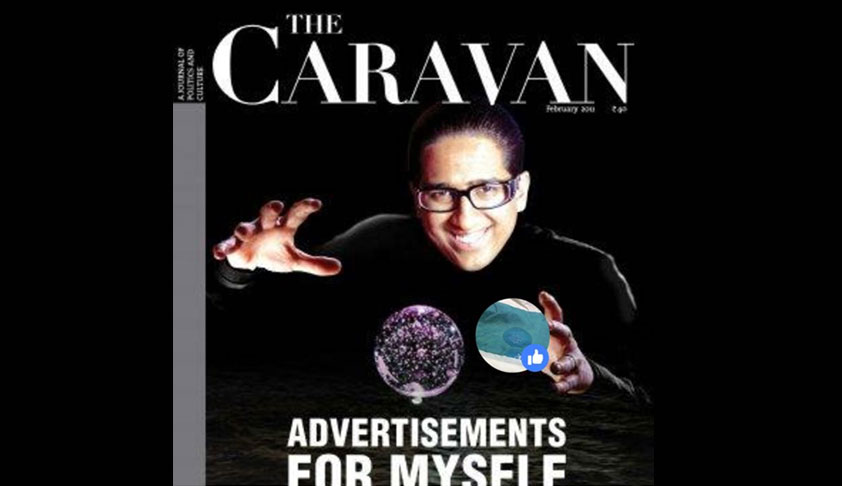 The Delhi High Court has vacated the injunction order passed against Caravan magazine in the Rs 50 crore defamation suit filed by IIPM (Indian Institute of Planning and Management) founder and dean Arindam Chaudhari while upholding the magazine’s defence of truthfulness.

“… this Court in the present case is of the prima facie view that the defendants have highlighted the evidence which is relevant and material on a matter of substantial importance and there is no material at this stage to conclude that the stories have been published by the defendants with a reckless disregard for truth or precipitated by actual malice or that the defence of justification/truthfulness/fair comment is one that cannot succeed,” ordered Justice Manmohan.

“Accordingly, the injunction order dated 12th April, 2011, is vacated and the present application (of IIPM for injunction) is dismissed,” he said.

The interim injunction order was passed by the Assam court after Chaudhari initiated a defamation suit against the magazine for publishing article titled “Sweet smell of success – How Arindam Chaudhuri made a fortune of the aspirations and insecurities of India’s middle classes”.

The application for injunction was originally filed before the Assam court but upon a transfer petition being allowed by the apex court, the same came up before the Delhi High Court.

Before the high court, IIPM prayed that the injunction order of dated April 12, 2011, passed by civil judge, Cachar, Silchar, Assam be confirmed.

IIPM’s counsel Mishit Kush told Justice Manmohan that the magazine had carried a morphed image of Arindam Chaudhari showing him as a magician/soothsayer with intent to portray him as a trickster.

He contended that the article falsely imputed that the Arindam Chaudhari has the reputation as a “fraud, scamster and Johnny-cum-lately” and used expressions such as “model school than a real one”, “the campus appeared sleepy” and “the scruffy management students”.

On the other hand, advocate Amit Gupta, counsel for the defendants – magazine, its editor, publisher and the author of the article, stated that none of the statements in the article have been made recklessly and/or malafidely and/or without proper research.

Invoking the defence of justification/truthfulness, Gupta referred to a letter sent by Uttrakhand Technical University to the District Magistrate in February 2010 besides an August 2015 press release of the Ministry of Human Resources Development regarding steps to be taken to check ‘menace of fake universities’ dated 3rd August 2015.

He also brought to the court’s attention a notice issued by the University Grants Commission against the unrecognised status of IIPM in 2016.

The court was also informed about far more serious allegations levelled against petitioner by other publications and how the petitioner had sued them too only to withdraw the suit.

“This Court is of the opinion that in India, the Courts have the power to pass pre-publication or pre-broadcasting injunction or prior restraint order in subjudice matters provided the two-pronged test of necessity and proportionality are satisfied and reasonable alternative methods or measures are not sufficient to prevent the said risk,” said Justice Manmohan.

The court relied on its observation in case titled Shashi Tharoor v Arnab Goswami & Anr, wherein it had held that one of the permissible heads of restrictions on freedom of expression is defamation and for a claim of defamation to succeed, a public figure has to prove additionally that the representation was precipitated by malice. In the said case, this court had refused the prayer for interim injunction.

In the present case if the impugned publication is read as a whole, “this Court prima facie finds that the impugned portions are either based on the statements made by several persons or on facts available in public domain and/or are the author’s personal opinions and conclusions based on extensive research and report”.

The court also noted that “upon a perusal of the paper book, this Court finds that the Ministry of Human Resource Development, Govt. of India had issued a Press Information Bureau handout on 03rd August, 2015 confirming that the plaintiff (IIPM) was one of the 21 universities declared to be fake by the University Grants Commission list”.

The court also relied on the October 9, 2015 order of the High Court of Punjab and Haryana at Chandigarh in Pathfinder Publishing Pvt Ltd and Others v Indian Institute of Planning & Management & Another, wherein the court had taken note of the AICTE submission before the Delhi High Court in 2014 in another case titled B Mahesh Sharma v Union of India & Ors that IIPM had not obtained approval of AICTE and was not entitled to conduct MBA or management course or claim of doing so.

Similarly, the High Court of Uttarakhand at Nainital in M/s. Pathfinder Publishing Pvt Ltd and Others v The State & Another quashed the summoning orders in criminal defamation complaints filed by IIPM.

Justice Manmohan noted that the division bench of Delhi High Court had in its 2014 judgment also restrained IIPM and its officials including dean Arindam Chaudhari from using word MBA, BBA or management course etc in relation to courses being offered by it and also directed them to prominently display on IIPM’s website that they are not recognized by any statutory body.