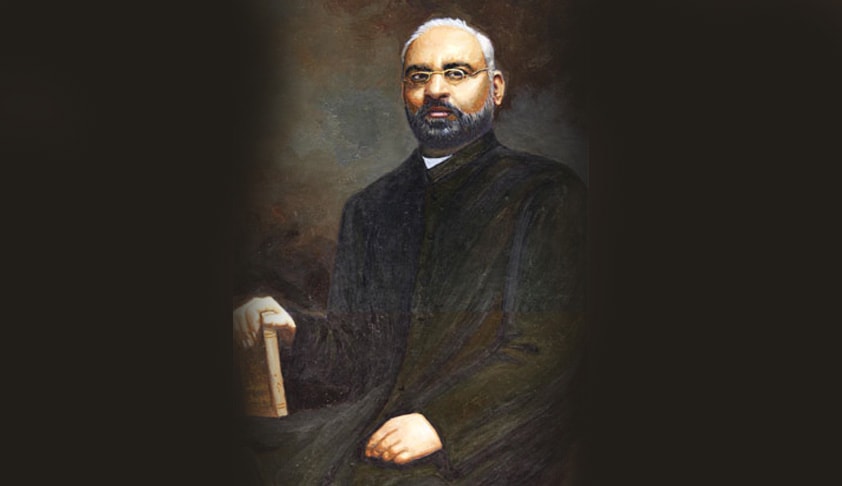 Indian barrister Shyamji Krishna Varma (1857-1930) has posthumously been reinstated at London’s famed Inner Temple, after being disbarred for advocating independence for India.

Mr. Varma had been expelled for writing letters to the Times for arguing for Indian home rule. The Inner Temple was quoted as saying, “The Benchers of the Inner Temple decided that Varma should be reinstated as a member of the Inn in recognition of the fact that the cause of Indian home rule, for which he fought, was not incompatible with membership of the Bar and that by modern standards he did not receive an entirely fair hearing.”

Mahatama Gandhi was also reinstated in 1998, after being expelled in 1922 following his conviction for sedition in the wake of protests he organized.

Mr. Varma was a prominent barrister and political activist before the First World War.

In 1905 he founded the India House in London, to function as a hostel for Indian students to avoid racial discrimination while seeking accommodation in the capital. It swiftly developed as a structured meeting point for radical nationalists among Indian students in Britain and one of the most prominent centres for revolutionary Indian nationalism outside India. Most famous among the members of this organization was Veer Savarkar.

He made his political debut with The Indian Sociologist. This was an assertive, ideological monthly aimed at inspiring mass opposition to British rule, which stimulated many intellectuals to fight for the independence of India.

In February, 1909, a letter by Mr. Varma was published by The Times. He had responded to an attack made on the India House, the Indian Sociologist and on Mr. Varma himself. He had reportedly pointed out that John Milton and George Washington, both of whom had advocated the violent overthrow of tyrannical governments were honoured in England. He went on to say that during his 17 year residence in England, he warned his friends and “all their countrymen against the risks they run of losing their kith and kin by allowing them to go to India in these troubled times, since every Englishman who goes there for exploiting that country directly or indirectly is regarded as a potential enemy by the Indian Nationalist party and its supporters.”

He was disbarred after the conduct in publishing the letter was found “unworthy of a barrister”.

Such was his devotion to the cause hat he had prepaid arrangements with the Swiss Government and cemetery that his and his wife’s ashes be preserved for 100 years and sent to India whenever it became independent. However, even after India obtained independence in 1947, Mr. Varma’s ashes remained in Switzerland despite his last wishes.

It was in August 2003, the then Chief Minister of Gujarat, Narendra Modi, went to Switzerland and personally brought back the ashes of Shyamji Krishna Varma and his wife. His reinstatement is intended as “a mark of the Inn's commitment to the principle of free speech, which remains as important as it ever was to the establishment of a free society”.

It hoped that the reinstatement would “strengthen its links with its many Indian members”.

Reacting to the reinstatement, Justice Minister Shailesh Vara was quoted as saying, “I am delighted that Shyamji Krishna Varma has been posthumously reinstated to the Bar. He was from the Indian state of Gujarat, and as Britain’s first Gujarati minister, and a lawyer myself, I am particularly pleased at his reinstatement. My team and I have worked closely with the Inner Temple, and it is fitting that we can make this presentation as part of Prime Minister Modi’s historic visit to Britain.”