[PNB Scam] Justice Thipsay Defends Legal Opinion Given In Nirav Modi's Case; Says 'No Offence Of Cheating Made Out As Per Chargesheet' 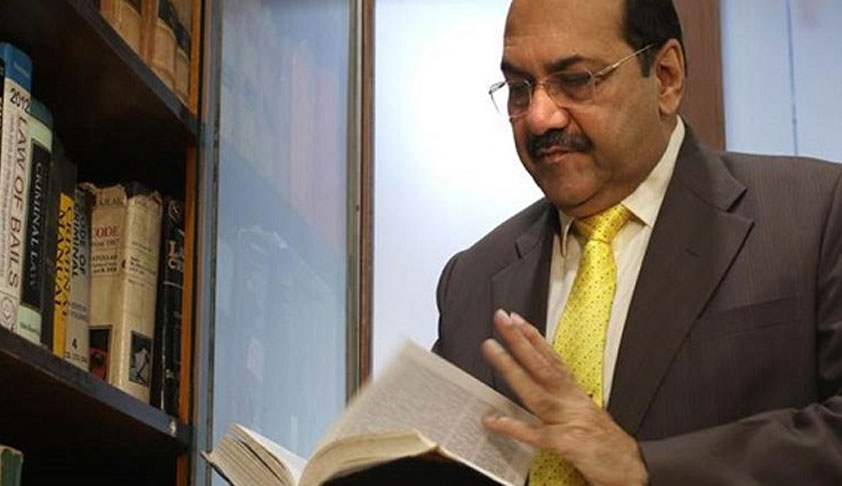 The issue got a political colour as Justice Thipsay had been serving as a member of the Congress party after his retirement as HC judge.

Speaking to LiveLaw, Justice Thipsay spoke about the extent of his involvement in the case.

Justice Thipsay clarified that he gave an 'independent legal opinion' sought by the law firm and did not defend Nirav Modi. He added that he is considering legal action in light of the allegations made against him.

"In fact, the GoI would do better by contradicting the opinion before the UK Court rather than 'criticizing' the legal opinion and attributing unfounded motives, by holding a press conference. What should be of importance from the point of view of GoI, is to convince the UK Court about the merits of the Extradition Request rather than convincing the press and media here, that the legal opinion is incorrect and given at the behest of the Indian National Congress", he said in a press release.

Q. What Is The Extent Of Your Involvement As An Expert Witness For Nirav Modi?

I was an expert witness but on the requirement of the defence. The court can call an expert witness on a point of law. I had earlier given my opinion in the matter, then I was approached by the London based firm who are now defending Nirav Modi. They said that if the opinion is favourable to them it would be produced before the court in which case I may have to come to the court and depose. So I agreed to do it professionally in writing.

Then there were subsequent requests made by the government based on the additional material and chargesheets, so I was asked about the first request that was made and I gave my opinion. There is nothing political about it.

Q What was the legal opinion given in your report?

The report is a studied report of 28 pages. The main allegation was that he cheated the Punjab National Bank and I found that the case was not made out as the PNB officials were hand in glove as per their own case and there was nobody who was deceived.

As per Indian law, somebody needs to be deceived before a case of cheating is made out. There has to be deception on the victim and the victim thereby parts with the property.

Suppose the PNB officers were deceived and they issued LoUs (letters of understanding) then of course there could be a case of deceit depending on other factors. But here they knowingly committed a breach and that was the allegation, they were arrested by some corrupt inducement for that. That was the gist of the opinion.

Q What would you say about the allegations made against you?

The important part in the context of criticism that they are making against me is unfortunate and irresponsible. I am getting a copy of the clip and will see what to do about it. But for your information, this opinion has already been served upon the government, they can examine another expert witness to contradict my report. These are law points, I say that these are the ingredients of cheating, it is your duty to make out the investigation, it is your chargesheet, it's not prepared by me. I am not inserting material in his (Nirav Modi) favour. You are making the allegations and if you don't know what allegation is to be levelled then you have to blame your machinery, not me.

Also, it is a legal opinion based on my understanding of the law, somebody might say that this is not the correct position of the law. You (Union Govt) have got so many eminent people, they are bigger legal luminaries. Doctors, handwriting experts etc are often consulted by opposing parties in a case for expert opinion. Now opinions may differ from person to person, how does the question of politicising something like this arise.

Also, the proper course if you do not agree with an opinion is to contradict the opinion before the very Court with another expert opinion. It is not a matter of holding press conferences and making insinuations. In fact I have charged professional fees for this opinion given to the firm as it was purely professional engagement.

Calling the allegations made by the Union Law Minister 'malicious', Justice Thipsay says-

"I don't know whether to laugh or cry. This is unfortunate also because the Union Minister represents the Government of India and in fact as far as I can see, when this matter is taken before the UK Court, it will create a bad impression about the Government of India. In fact, I will not be surprised if the atmosphere in India for a fair trial is criticized by the UK Court. Because for extradition, fairness of the procedure is very important and I do not know why they are keen to demonstrate it will be unfair.

If they are really serious about bringing back Nirav Modi, they would not have indulged in politicising this whole thing."

He also clarified that the opinion was given by him in his independent professional capacity, and that the same had nothing to do with his membership in Congress party. The party leadership is not aware of this, he added.