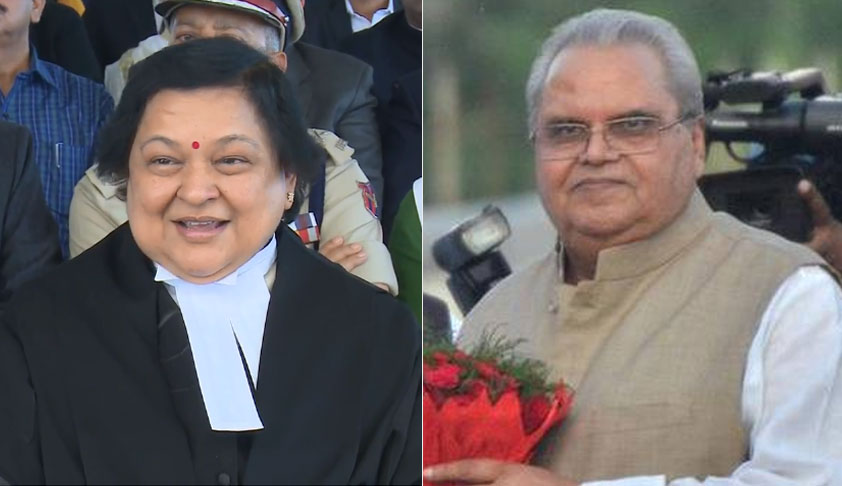 Jammu and Kashmir has become the first State in the country to bring in a law banning “sextortion”, i.e. sexual exploitation of women by those in positions of authority or those in a fiduciary relationship or by a public servant.The State Administrative Council (SAC), under the chairmanship of Governor Satya Pal Malik, on Friday approved the Prevention of Corruption (Amendment)...

Jammu and Kashmir has become the first State in the country to bring in a law banning “sextortion”, i.e. sexual exploitation of women by those in positions of authority or those in a fiduciary relationship or by a public servant.

The amendments have been introduced in wake of an order passed by the Jammu and Kashmir High Court in October this year. Through this order, a bench comprising Chief Justice Gita Mittal and Justice Alok Aradhe had directed the State to consider introduction of a new law or amendment of already existing laws to make “sextortion” a crime.

The bench had explained that as per International Association of Women’s Judges, extortion lies at the intersection of sex and extortion under the overarching ambit of corruption. It had noted that it is a form of corruption in which sex, rather than money, is the currency of the bribe.

“Sextortion is thus an institutionalized system of blatant abuse of power,” it had noted, explaining that the concept of sextortion means extortion of a sexual favour rather than that of a property or valuable security.

It had then noted the insufficiency of the provisions of the Prevention of Corruption Act, 2006, to deal with such situation, and had highlighted the dire need to amend the law or frame a new one to tackle the crime.

As for the scheme of such law and the definitions to be included in it, the court  had suggested, “The proposed definition would have to include a sexual and a corruption component. It would involve a request- whether implicit or explicit- to engage in any kind of unwanted sexual activity and the person who demands the sexual favour occupies a position of authority, vis-à-vis the person who is abused.

“The underlying idea is the element of quid pro quo where the perpetrator demands and accepts the sexual favour in exchange for a benefit that he is empowered to withhold or confer. The imbalance of power between the perpetrator and the victim allows the perpetrator to exert of psychological pressure, which most significantly is not very different from that of monetary corruption.”

Directing the order to be placed before the Chief Secretary of the State of Jammu and Kashmir, it had observed, “It therefore cannot be denied that it is absolutely imperative that the illegal acts, unwarranted demands and in appropriate contacts are given a legal nomenclature, clearly defined and also made specifically punishable in law and that the critical vacuum in the legislation in this regard is immediately addressed.”

In line with the judgment, the amendment now lists sextortion as a non-bailable, non compoundable offence.

Further, the newly inserted Section 354E of the Ranbir Penal Code defines sextortion as an abuse of authority or fiduciary relationship or official position (by a public servant), by employing physical or non-physical forms of coercion to extort or demand sexual favours from any women in exchange of some benefits or favours that the accused is empowered to grant or withhold.

It further explains “sexual favour” to mean “any kind of unwanted sexual activity ranging from sexually suggestive conduct, sexually explicit actions such as touching, exposure of private body parts to sexual intercourse, including exposure over the electronic mode of communication”.

The provision prescribes a punishment of three to five years of rigorous imprisonment for the crime, along with fine. The State’s Evidence Act and CrPC have also been amended to reflect the changes.