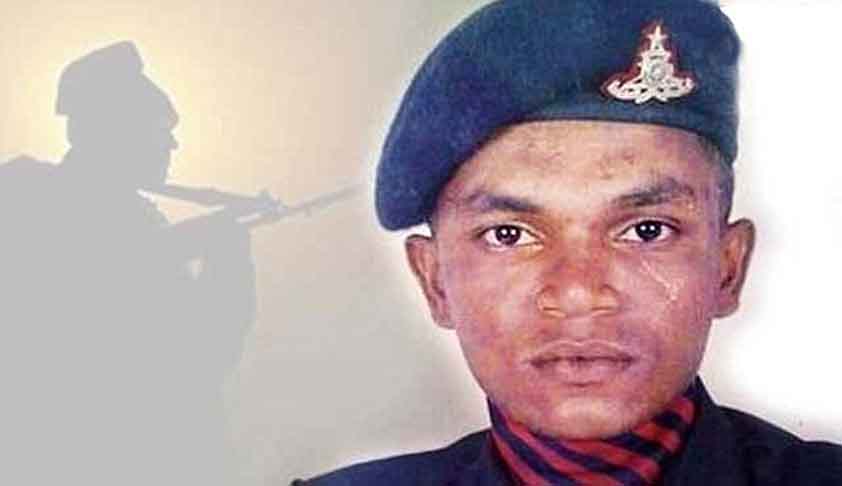 The Bombay High Court has granted pre-arrest bail to Poonam Agarwal, the journalist who conducted a sting operation to expose the alleged malaise and practices followed by some of the superior officers in the Indian Army, by misusing the Sahayak System”.

After the sting was published online, it went viral, following this one of the retired jawans, Roy Mathew, committed suicide on March 2, 2017.

An FIR was registered against Poonam and Deepchand Singh at Deolali Camp Police Station in Nashik under Sections 306, 451, 500 r/w 34 of the Indian Penal Code and under Sections 3 and 7 of the Official Secrets Act, 1923.

Singh is a war veteran, who lost his legs and an arm while performing his duty, and now runs a canteen at Deolali Camp, Nashik.

He submitted that his client has conducted several sting operations in public interest and for the benefit of the society and the current sting was no exception.

Desai stated that the sting operation was conducted on February 7, 2017, in a residential colony of officers, wherein Sahayaks were seen doing duties i.e., menial work, which were expressly prohibited in a circular dated 19th January, 2017.

According to him, the said operation was done with the help of Deep chand. The said video, which was taken, was put up by the applicant on Quint website after blurring the faces of the Sahayaks, who had made disclosures, so as to conceal their identity. The Sahayaks were unaware that their responses were being video-recorded.

Public prosecutor Sandeep Shinde opposed the application and submitted that since the video has been shot in a prohibited area, Section 3 of the Official Secrets Act would be applicable.

He further stated that because the video went viral, Roy Mathew was compelled to commit suicide.

Justice Dere watched the edited video clip that was published online and observed: “After viewing the said clip, it appears that the purpose of the sting operation was to show that Sahayaks were made to do menial work, i.e., taking the dogs for a walk, taking the children to schools; driving the wives of the officers to parlours, shopping, etc., contrary to the circular dated 19th January, 2017. It also appears that the applicant-Poonam had sent the unedited raw footage and edited footage by email on 14th March, 2017 and that her statement was also recorded by the Police Officer, prior to the recording of the FIR. It appears from the statement of the complainant that after the sting operation was done and the video went viral, the deceased-Roy Mathew felt that he and the Army were shamed and defamed and apprehended that he would be court-martialed, pursuant to which, he took a drastic step and committed suicide.

Prima facie, at this stage, taking the prosecution case as it stands, it is doubtful whether any offence either under Section 306 or 500 of the Indian Penal Code or under Sections 3 and 7 of the Official Secrets Act, is attracted, in the peculiar facts of this case. Merely because the sting operation was done in a prohibited area would not automatically attract the provisions of Sections 3 and 7 of the Official Secrets Act.”

Thus, the court ordered that in the event of an arrest, both the applicants will be enlarged on bail after executing a PR bond of Rs. 25,000. The applicants have also been instructed to share all data from their laptop and mobile phones with the police forensic expert.

Supreme Court had already issued notice to the Centre and Army on a petition filed by Poonam Agarwal against invoking the provisions of Official Secret Act.