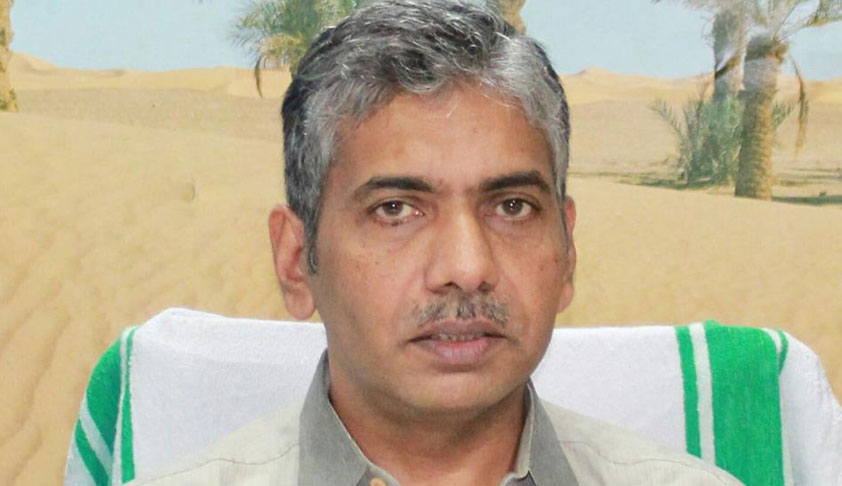 The Kerala High Court has initiated contempt proceedings against former vigilance director Jacob Thomas for levelling allegations of corruption against two high court judges – Justice P Ubaid and Justice Abraham Mathew, who were allegedly victimising him by passing adverse judgments in several corruption cases he has been probing, including the Pattor land scam.The development follows...

The Kerala High Court has initiated contempt proceedings against former vigilance director Jacob Thomas for levelling allegations of corruption against two high court judges – Justice P Ubaid and Justice Abraham Mathew, who were allegedly victimising him by passing adverse judgments in several corruption cases he has been probing, including the Pattor land scam.

The development follows a complaint made by Thomas on March 9 to Central Vigilance Commissioner in which he had made several allegations against the two judges and also the Lokayukta Pius C Kuriakose of demoralizing him from probing corruption cases involving highly influential persons of the state.

Advocate Mansoor BH, who is practising before the Kerala High Court, had also moved a contempt petition wherein he had also prayed for inquiry into the allegations made by Thomas and how his complaint was made public.

He says the conduct of the respondent in making available the contents of his representation to the media amounts to criminal contempt.

Mansoor said he saw reports in all leading newspapers on March 10 about the complaint made by Thomas based on the complaint sent by him to the CVC through the Chief Secretary, Government of Kerala.

It is to be noted that Thomas had in his complaint said, “A series of judgments came from Mr. Justice P. Ubaid of the Honourable High Court of Kerala starting from the beginning of February, 2017, all of which were widely published in media as scathing criticism against him immediately upon each order by the learned single judge”.

“There are several other judgments from the learned single judge during this period, all of which were in effect demoralizing and constraining the officers diligently investigating complex corruption cases involving highly influential persons in the State. This has affected the strong commitment to investigate and collect all relevant facts in a speedy manner in corruption cases which were informed to the vigilance court by way of a First Information Report. Even there was constraining comments on the functioning of the vigilance court that acted with integrity and commitment to public interest in the eradication of this great malady of corruption,” Thomas had said in his complaint.

Mansoor said it needs to be probed how his complaint reached the media.

“The conduct of the respondent (Thomas) in leaking out a copy of the Complaint filed by him before the Central Vigilance Commissioner to the members of the Fourth Estate is to be taken note of very seriously and a detailed enquiry in this regard is to be made,” he said in his contempt petition.

He also relied on Rule 7 of the All India Services (Conduct) Rules 1968 which bars members of service from criticising the government directly or indirectly, Rule 9 which prohibits unauthorised communication of information and Rule 17 which bars officers to take recourse to court or press for the vindication of official act which has been the subject matter of adverse criticism or of a defamatory character except with prior sanction.

Mansoor said action is required to be taken to “keep the stream of justice unsullied and to maintain the confidence of the public at large in the fair and impartial administration of justice by the courts of law. If anybody wrongly casts aspersions on the impartiality and fair dispensation of justice by a court, he pollutes the purity of that stream and has to be punished for contempt of court inasmuch as it shakes the confidence of the public in general, the preservation whereof is essential for the proper and fair administration of justice".

The Registrar General placed the petition before the Chief Justice Antony Dominic. The Chief Justice found that the petition prima facie disclosed allegations which constituted criminal contempt as defined under the Contempt of Courts Act and felt necessary to take further action in accordance with law. Accordingly, suo moto action was initiated under Section 15 of the Contempt of Courts Act.