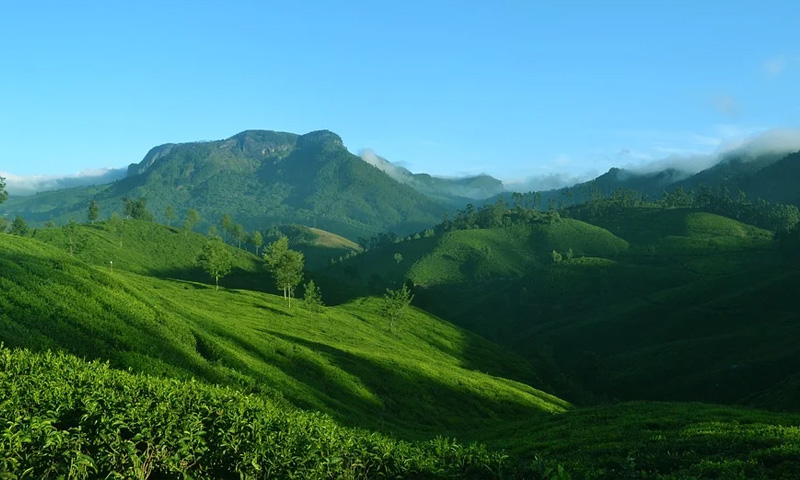 The phrase 'Ex Post Facto' is being widely used these days, thanks to Clause 22 of the Draft Environment Impact Assessment 2020. Ex Post Facto is a Latin phrase which means 'done, made, or formulated after the fact'.

The controversial clause 22 of the Draft Environment Impact Assessment 2020 provides a route for those who run a project or an activity without obtaining prior-Environmental Clearance, to apply it later. They are, however, made to comply with a stipulation of the implementation of EMP, comprising remediation plan and natural and community resource augmentation plan corresponding to the 1.5 times the ecological damage assessed and economic benefit derived due to violation.

Emphasizing the relevance of "The Precautionary Principle", the Supreme Court in MC Mehta vs. Union of India held that it makes it mandatory for the State Government to anticipate, prevent and attack the causes of environmental degradation.

In Common Cause vs. Union of India, the Supreme Court bench headed by Justice Madan B. Lokur observed thus: "The grant of an ex post facto environmental clearance would be detrimental to the environment and could lead to irreparable degradation of the environment. The concept of an ex post facto or a retrospective EC is completely alien to environmental jurisprudence including EIA 1994 and EIA 2006. We make it clear that an EC will come into force not earlier than the date of its grant."

Justice DY Chandrachud led Bench of the Apex Court, in April this year, noted the above observations made in Common Cause and observed in Alembic Pharmaceuticals Ltd vs Rohit Prajapati: : "The concept of an ex post facto EC is in derogation of the fundamental principles of environmental jurisprudence and is an anathema to the EIA notification dated 27 January 1994. It is, as the judgment in Common Cause holds, detrimental to the environment and could lead to irreparable degradation. The reason why a retrospective EC or an ex post facto clearance is alien to environmental jurisprudence is that before the issuance of an EC, the statutory notification warrants a careful application of mind, besides a study into the likely consequences of a proposed activity on the environment. An EC can be issued only after various stages of the decision-making process have been completed. Requirements such as conducting a public hearing, screening, scoping and appraisal are components of the decision-making process which ensure that the likely impacts of the industrial activity or the expansion of an existing industrial activity are considered in the decision-making calculus. Allowing for an ex post facto clearance would essentially condone the operation of industrial activities without the grant of an EC. In the absence of an EC, there would be no conditions that would safeguard the environment. Moreover, if the EC was to be ultimately refused, irreparable harm would have been caused to the environment. In either view of the matter, environment law cannot countenance the notion of an ex post facto clearance. This would be contrary to both the precautionary principle as well as the need for sustainable development.". However, in this case, the Supreme Court set aside the impugned judgment of the NGT in so far as it directed the revocation of the ECs and directed the three industries to deposit compensation quantified at ₹ 10 crores each. The above observation made by the bench was after taking notice of the earlier judgment of the Court in Lafarge Umiam Mining Private Limited v Union of India which upheld the decision to grant ex post facto clearances with respect to limestone mining projects in the State of Meghalaya.

EIA 2006 Notification did not deal with the 'violations' aspect. But as the present Minister pointed out, there are some Office Memorandum issued to deal with violators. These were struck down by National Green Tribunal.

Two persons had filed OA before the NGT assailing validity of three Office Memoranda dated 16th November, 2010, 12th December, 2012 and 27th June, 2013 contending that the same provides for the grant of ex-post facto Environmental Clearance in terms of the Notification of 2006. Agreeing with these contentions, the NGT Principal Bench headed by Justice Swatanter Kumar observed that when when the law mandates prior approval, it ought not to be averred as post activity approval or ex-post facto permission. The Tribunal then declared the Office Memoranda dated 12th December, 2012 and 27th June, 2013 as ultra vires the provisions of the Environment Protection Act,1986 and the Notification of 2006. It made the following observations:

The appeal filed by Union of India in 2018 questioning the jurisdiction of the Tribunal to strike down subordinate legislation is still pending before the Supreme Court.

On 14.03.2017 , the Centre again issued a notification which also made a provision for grant of ex post facto environmental clearance for project proponents, who have commenced, continued or completed a project without obtaining clearance under the E.P. Act and the Environment Impact Assessment. This was challenged by Puducherry Environment Protection Association challenged this notification on three grounds (i)Public hearing which is non negotiable has been given a go-by; (ii)Scoping leading to EIA has been given a go-by; and (iii)Environmental clearance is based on precautionary principle.

The bench comprising of the then Chief Justice Indira Banerjee and Justice M Sundar referred to Life Insurance Corporation of India Vs. Escorts Ltd. [(1986) 1 SCC 264] and observed that when the law provides for some form of consent, it can either be 'prior consent' or 'ex post facto consent', but when the law specifically uses the expression 'prior consent', the consent cannot be ex post facto. However, the bench closed the writ petition by recording the two undertakings made by Additional Solicitor General that (a) public hearing can be read into paragraph 5 of the impugned notification and (b) this shall certainly and clearly be a one time measure.

Sub Clause 1 of Clause 22 provides that the cognizance of the violation shall be made on the:- (a) suo moto application of the project proponent; or (b) reporting by any Government Authority; or (c) found during the appraisal by Appraisal Committee; or (d) found during the processing of application, if any, by the Regulatory Authority.

This has to be appraised by Appraisal Committee with a view to assess that the project has been constructed or carried at a site, which under prevailing laws is permissible or expansion has been done which can be run sustainably under compliance of environmental norms with adequate environmental safeguards. If finding of the Appraisal Committee is negative, closure of the project shall be recommended along with other actions under the law including directions for remediation. If it is positive, the project under this category will be prescribed with appropriate specific Terms of Reference on assessment of ecological damage, remediation plan and natural and community resource augmentation plan in addition to the standard ToR applicable to the project.

To put in simple words, what was being done through Official Memorandums is now being intended to be implemented by replacing EIA 2006 with a new one. The ministry might be of the view that even if the Supreme Court dismisses its pending appeal against NGT judgment which struck down the OMs, it can bring a fresh EIA and include such an ex post facto provision in the notification itself.

Perhaps, before confirming the draft, the Ministry should ask itself whether the proposed Clause 22 will survive in the face of the dictum laid down in the above Supreme Court judgments [Common Cause and Alembic] that the concept of an ex post facto EC is in derogation of the fundamental principles of environmental jurisprudence. Even if it does, will the Environment survive the violations by rogue industries?