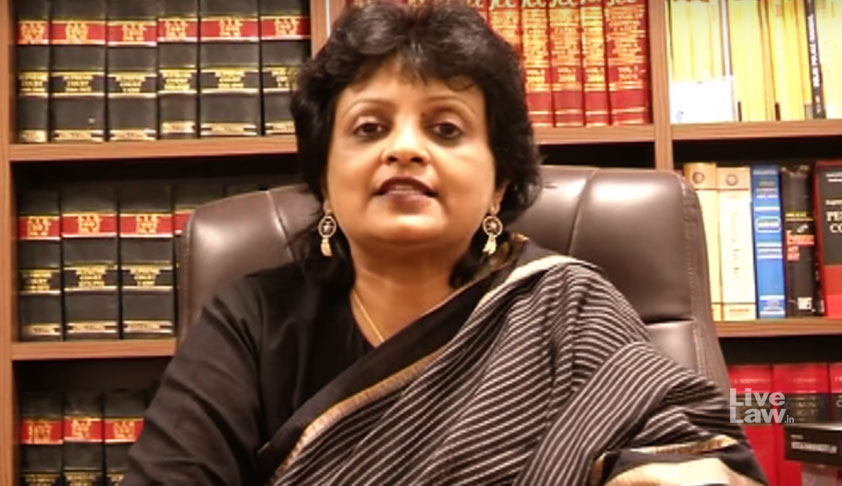 On 25th May 2020, the Moot Court Society of Campus Law Centre, Faculty of Law, University of Delhi hosted a national webinar on 'Trial by Media: Free Speech and Fair Trial under the Code of Criminal Procedure, 1973.' The Keynote Speaker for the webinar was Ms. Rebecca Mammen John, Senior Advocate, High Court of Delhi. The event was flagged off by Dr. Narender Kumar Bishnoi,...

On 25th May 2020, the Moot Court Society of Campus Law Centre, Faculty of Law, University of Delhi hosted a national webinar on 'Trial by Media: Free Speech and Fair Trial under the Code of Criminal Procedure, 1973.' The Keynote Speaker for the webinar was Ms. Rebecca Mammen John, Senior Advocate, High Court of Delhi.

Ms. John began by negating the general perception of 'media trial'. She explained it to be a phrase coined for situations where the media tends to prejudicially report facts of cases despite it being sub judice. While all trials have two sides of the story, media trials create a one-sided narrative and compel the public to sympathize with one party while condemning the other even before the decision of the court. She showcased certain news headlines covering trials, in which she was herself involved, to substantiate the point. The news headlines depicted how a one-sided narrative may have been created in the minds of the readers. Such reporting affects the right to fair trial of the accused as guaranteed not only in the Code of Criminal Procedure, 1973 but also the Constitution of India.

Bringing to the forefront the role played by the media, she showcased the influence media may have on a trial. She discussed the famous Nanavati trial, in which the accused was an officer of the Indian Navy. She explained how the narrative created by the media about the officer may have resulted in a pardon being granted by the Governor despite there being ample evidence that he had killed his wife's paramour. Doubts are cast on it being influenced by the media frenzy and public fervour created around the case. Such scenarios show how the media may create any of the two narratives - whether in favour of accused or against him/her.

Ms. John emphasized on the need to control or regulate such prejudicial media coverage, for which she mentioned the case of Saibal Kumar Gupta v. B.K. Sen AIR 1961 460 in which the Court observed, "No doubt it would be mischievous for a newspaper to systematically conduct an independent investigation into a crime for which a man has been arrested and to publish the results of that investigation. This is because trial by newspapers, when a trial by one of the regular tribunals of the country is going on, must be prevented. The basis for this view is that such action on the part of a newspaper tends to interfere with the course of justice whether the investigation tends to prejudice the accused or the prosecution.(emphasis supplied)"

She also discussed that the genesis of streaming court proceeding, a proposed solution to media trial, is partly to prevent an alternative narrative to develop outside courtrooms as against what takes place inside the courtroom. The Supreme Court, although, is struggling with creating a balance between how much of what is happening inside the courts should be shown without compromising the rights of the parties to the case. In Swapnil Tripathi v. Supreme Court of India 2018 (10) SCC 639, the court held, "Publication of court proceedings of the Supreme Court is a facet of the status of this Court as a Court of Record by virtue of Article 129 of the Constitution, whose acts and proceedings are enrolled for perpetual memory and testimony. Further, live streaming of court proceedings in the prescribed digital format would be an affirmation of the constitutional rights bestowed upon the public and the litigants in particular. While doing so, regard must be had to the fact that just as the dignity and majesty of the Court is inviolable, the issues regarding privacy rights of the litigants or witnesses whose cases are set down for hearing, as also other exceptional category of cases of which live streaming of proceedings may not be desirable as it may affect the cause of administration of justice itself, are matters which need to be identified and a proper regulatory framework must be provided in that regard by formulating rules in exercise of the power under Article 145 of the Constitution."

She discussed opinions of Press Council of India which highlighted that measures which are necessary for due process of law need to take precedence over freedom of speech. In a conflict between fair trial and freedom of speech, fair trial must prevail lest it will cause immense harm and defeat the justice delivery system. The regulatory body of the media itself is of the view that freedom of speech in this sense is subservient to the rights of the accused of fair trial.

Coming to the concept of 'sting operations', Ms. John discussed how it is still under scrutiny by courts in terms of its legality and relevancy as evidence in courts. She discussed opinions of the Press Council of India which emphasized on the need to obtain permission and necessary certification from a higher authority before conducting such sting operations. The Supreme Court upheld such a view in the famous BMW case, where the news agency, who tried to submit a sting operation video on two senior members of the bar as evidence during the trial, should've taken permission of the trial court before conducting such sting operation.

She spoke about some interesting cases in which the media influence on the investigation/trial was evident and which prejudicially affected the rights of the accused. The Batla House investigation was conducted in a grotesque manner by the police officers by allowing news reporters to take pictures of the accused in jail and conduct an identification parade based on the same pictures published in a news report. The Arushi Talvar murder case led to public humiliation of the Talwars owing to exaggerated and unfounded facts publicized in the media. She also spoke about the Ryan International School murder case, where false allegations of murder on the bus driver, publicized by the media, led to humiliation and unnecessary public condemnation of the driver before the CBI concluded that he was not involved in the murder in the first place. The glorification of alleged 'police encounter' of the accused in the recent Telangana rape scenario was also criticized.

As a piece of advice, she told that there cannot be more emphasis laid on the fact that how important it is for advocates and law students to read the files to understand the facts of the case. It is otherwise easy to fall into the trap of the media narrative.

The webinar discussed the potential a media narrative holds. On a positive note, the media has played a major role in bringing forth the adversities faced by the victim in multiple cases. In the Priyadarshini Mattoo case and the Nitish Katara case, media played a major role in bringing the perpetrators to court. Likewise, justice was delivered in the 2002 Bilkis Bano case through sustained media pressure and monitoring by the Supreme Court. But again, some cases attract media attention while others don't such as the Hashimpura massacre case which continued for more than 30 years with little media attention.

The webinar ended with a 30 minute interactive Q&A session with the participants.

The full video can be accessed here.