Legal Literacy is a catalyst for socio-economic progress of the society: Chief Justice of India P Sathasivam 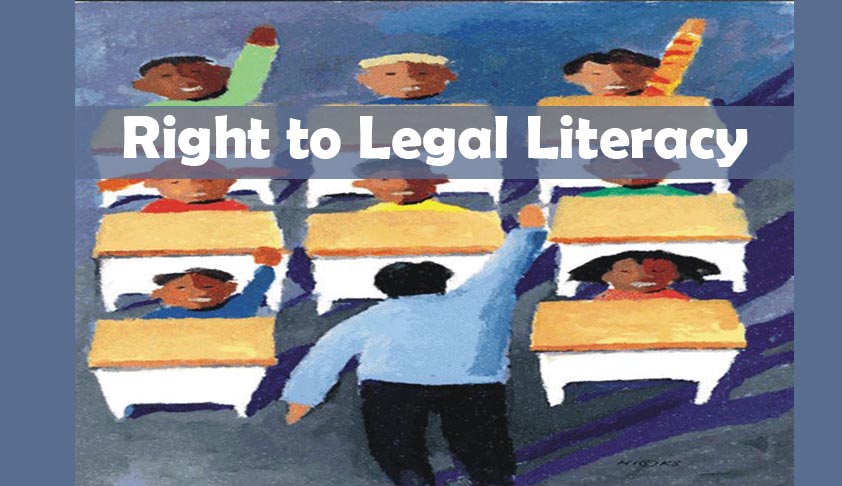 Speaking at the national-level meet of para legal volunteers, organized by National Legal Services Authority (NALSA), the Chief Justice of India P Sathasivam talked about the importance of legal literacy guaranteed under the Constitution of India and how its awareness among the marginalized sections of the society would help them assert their rights.

He said if a society wants to progress then it should understand the importance of legal literacy which is in a way the catalyst for the social-economic progress of the society as it plays a major role in various aspects of the society like population control, health, hygiene, environmental degradation control, employment of weaker sections of the society. Also, present at the function Chief Justice of Delhi High Court N V Ramana, Justice B D Ahmed, Judge of High Court and others.

At the same time he expressed concern that the increase in literacy level has not seen parallel increase in assertion of rights among the masses, for which he blamed the ignorance and lack of awareness among the people in the society about the existing laws and the available remedies in the legal system. Appreciating the efforts of para legal volunteers, trained by NALSA, in making people aware of legal rights particularly in rural areas and helping them in getting the redressal by bridging the gap between the common mass and the judiciary, Justice Sathasivam said for the country to progress, there should be complete awareness and knowledge of rights among people which can be achieved with the help of para legal volunteers.

The Chief Justice was of the view that awareness and remedies are a two way process and therefore being aware about one’s rights is not only important but understanding the remedies and the procedure required to obtain that remedy is equally important for the betterment of the society.  Citing an example of female foeticide which is highly practiced in India and cannot be curbed by simply putting a ban on sex determination alone, Justice Sathasivam said the main aim of every para legal volunteer must be to acquaint the marginalized sections of society with their rights and also provide them with information required for the assertion of such rights so that they are in a position to act and bring about a change in their standard of living. He said it is of utmost importance to make the women aware of the new amendment in the Hindu Succession Act, which makes daughters equal coparceners in family property. This awareness may reduce the son preference to some extent.