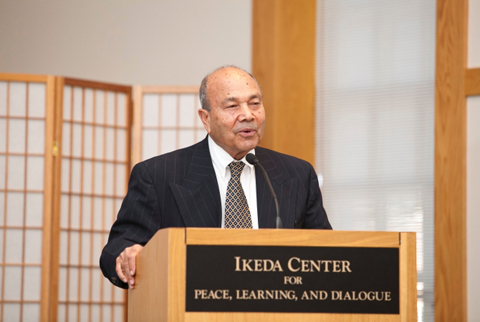 The Government of India has announced the list of Padma awardees on Thursday.

Reputed legal scholar Prof Ved Prakash Nanda has been awarded with Padma Bhushan. He is an expert in International Law. He is currently the John Evans Distinguished University Professor, University of Denver Thompson G. Marsh Professor of Law.

His detailed profile as per the University Of Denver Website is as follows:

"Professor Nanda has taught at the University of Denver since 1965. In addition to his scholarly achievements, he is significantly involved in the global international law community. He is Past President of the World Jurist Association and now its Honorary President, former honorary Vice President of the American Society of International Law and now its counselor, and a member of the advisory council of the United States Institute of Human Rights. He was formerly the United States Delegate to the World Federation of the United Nations Associations, Geneva, and Vice-Chair of its Executive Council, and also served on the Board of Directors of the United Nations Association-USA. He also serves as an elected member of the American Law Institute and as a council member for the American Bar Association Section of International Law.

In 2006 Professor Nanda was honored with a $1 million founding gift from DU alumni Doug and Mary Scrivner to launch the Ved Nanda Center for International and Comparative Law. The Center began its programming in 2007, hosting programs for the lawyers, students and community participants as well as promoting scholarship in the field of international law.

In February 2004, Professor Nanda was awarded the “Gandhi, King, Ikeda Award for Community Peace Building” from Soka Gakkai International and Morehouse College. In 1990 in Beijing, China, Professor Nanda was presented with the “World Legal Scholar” award by the World Jurist Association. He was also the recipient of the United Nations Association Human Rights Award in 1997. He has received honorary doctorates from Soka University in Tokyo, Japan and from Bundelkhand University, Jhansi, India. He is widely published in law journals and national magazines, has authored or co-authored 22 books in the various fields of international law and over 180 chapters and major law review articles, and has been a Distinguished Visiting Professor and Scholar at a number of universities in the United States and abroad."