LG Vs Kejriwal Govt.- Delhi HC Judgment Was The Result Of Misreading Of Art.239AA, Gopal Subramanium Argues For Delhi Govt 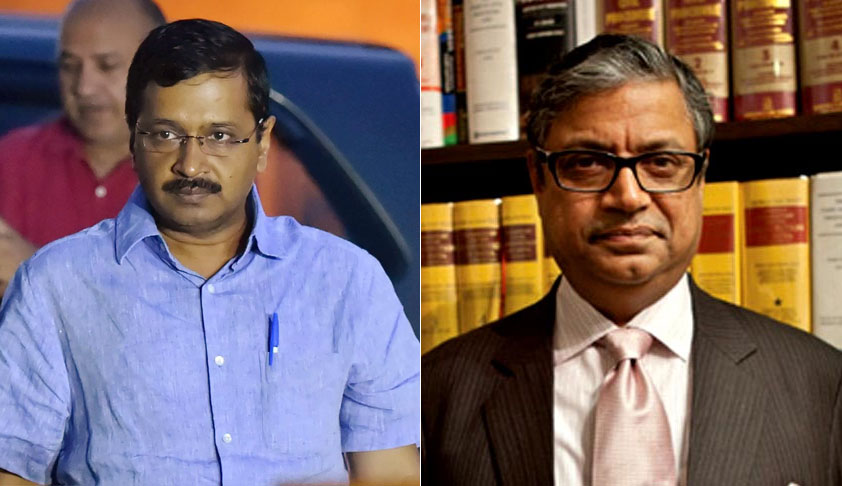 The Kejriwal government today assailed the Delhi High Court judgment of August last year which declared the Lt Governor as the “administrative head” of Delhi and ruled that he is not bound by the aid and advice of the council of ministers.

Commencing arguments for the Delhi government which has filed a batch of petitions challenging the HC order, senior advocate Gopal Subramanium submitted before a five judge constitution bench of the Supreme Court that the HC’s conclusion was result of misreading of the 69th constitutional amendment which incorporated Article 239AA into the constitution which gave special powers to Delhi. Subramanium argued that the “rationale” of the HC judgement was deeply flawed.

“Article 239 AA conferred the right upon the people of the NCT of Delhi to elect their own legislature and government to make laws under certain entries of the state list of the seventh schedule of the Constitution and execute these laws respectively. It stated that the Legislative Assembly of the NCT of Delhi shall have power to make laws for the whole or any part of the NCT with respect to any of the matters enumerated on the state list, except matters with respect to public order, police and land", Subramanium argued.

Subramanium argued that the Delhi High Court erroneously concluded that Lieutenant Governor of Delhi is not bound by the aid and advice of the council of ministers and “this was against the basic features of the Constitution It defeats the basic intent behind the 69th Constitutional amendment”:

“The executive power in respect of all items in the State List as well as the Concurrent List except matters in entries 1, 2 and 18 of the State list is vested in the elected govt. of Delhi.  This point is conclusively established by two provisions under the Constitution dealing with the National Capital Territory of Delhi”, he said.

“239 AA was founded on fundamental constitutional value.  The High Court feels the situation has not changed after the insertion of the section 239 AA. The question is if I have law making power with respect to some fields, can I be interjected. High Court says the LG has power greater than President and a state governor that is completely inconceivable”, Subramanium argued.

Subramanium argued that the Centre through Lieutenant Governor has completely paralyzed executive functions of the state government and there was daily effect on the governance.

He said the LG was behaving as a super Governor to stall every executive action. It said a harmonious interpretation of Article 239AA was needed to fulfil constitutional mandate for a democratic elected government in Delhi.

“Daily governance stands paralysed due to the friction with the Governor.

Departmental ministers have to fall at the feet of civil servants to get an opinion”, he said.

But the bench after going through the constitution said prima facie it appears that overriding powers are given to LG through a proviso in Article 239AA. Subramanium retorted that the proviso cannot be used by LG to frustrate the constitutional mandate for an elected government in Delhi. He said a situation has been created where no bureaucrat is obeying directions of ministers and the Chief Minister.

In the NDMC case Delhi was a UT with a special status, he argued, adding that a nine-judge Bench of the court, in 1996, in the NDMC Vs State of Punjab case had recognised Delhi as a Union Territory for taxation purposes and therefore the matter was well settled. Subramanium argued that the “rationale” of the HC judgement was deeply flawed.