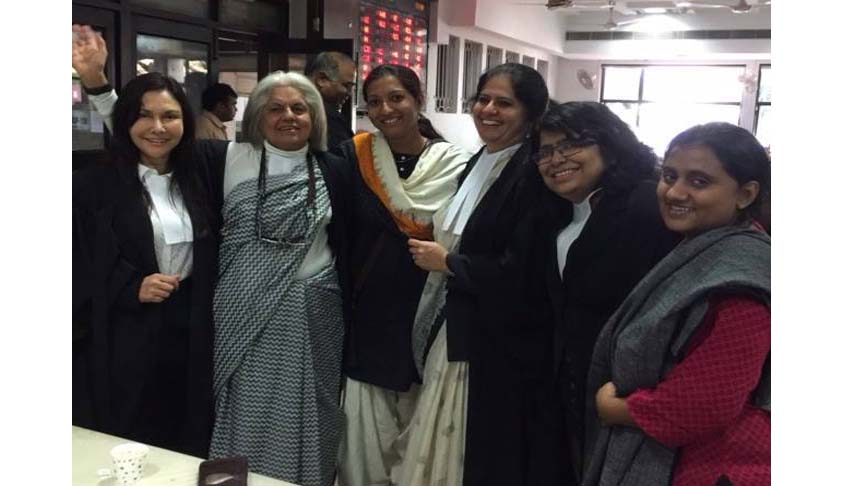 The lookout notice issued by the Government of India Greenpeace activist Priya Pillai has been quashed by the Delhi High Court.The Court in its judgment observed, "The core aspect of democracy is the freedom of an individual to be able to freely operate, within the framework of the laws enacted by the Parliament. The individual should be able to order his or her life any way he or...

The lookout notice issued by the Government of India Greenpeace activist Priya Pillai has been quashed by the Delhi High Court.

The Court in its judgment observed, "The core aspect of democracy is the freedom of an individual to be able to freely operate, within the framework of the laws enacted by the Parliament.  The individual should be able to order his or her life any way he or she pleases, as long as it is not violative of the law or constitutes an infraction of any order or direction of a duly constituted court, tribunal or any statutory authority for that matter.  Amongst the varied freedoms conferred on an individual (i.e., the citizen), is the right of free speech and expression, which necessarily includes the right to criticise and dissent. Criticism, by an individual, may not be palatable; even so, it cannot be muzzled.  Many civil right activists believe that they have the right, as citizens, to bring to the notice of the State the incongruity in the developmental policies of the State. The State may not accept the views of the civil right activists, but that by itself, cannot be a good enough reason to do away with dissent."

Ms. Pialli was detained at the Delhi airport while she was all set to board the flight to UK, where she was to have a talk with the British Parliamentarians. Ms. Pillai was then separated from the group of passengers and was taken into another building, where the authorities told her that she could not travel out of India and her baggage was brought back from the aircraft and "Off loaded" was stamped on her passport.

Before the High Court, Ms. Pillai claimed she was told that she was "detained since her name stood included in the "data base" of individuals, who are not allowed to leave the country" and that no other information was given to her.

Ms. Pillai then made several communications to the Government but at last had to approach the High Court. Senior Advocate Indira Jai Singh appeared for the activist, she claimed, "The detention of Ms. Pillai, on 11.01.2015, had violated her fundamental right to travel, free speech and expression and to practice her profession and / or occupation.  Consequently, the action of the respondents contravened her fundamental rights under Article 21, 19(1)(a) and 19(1)(g)of the Constitution."

She also questioned the validity of look our circular and claimed that the same was illegal. She highlighted how the Government had not cared to reply to Ms. Pillai, despite her repeated letters.

Appearing for the Government, Additional Solicitor General Mr Sanjay Jain defended Government's actions. He submitted "that the lookout notice was legal and that "In so far as Ms Pillai was concerned, she was already an LOC subject and, accordingly, an LOC dated 10.10.2014 had been issued qua her on an earlier occasion.   As regards the recent incident, whereby she was detained at the airport on 11.01.2015, a numbered LOC was opened by the Assistant Director of I.B., on 10.01.2015.   The purpose with which the said LOC  was issued, was to prevent Ms Pillai from leaving India since, she proposed to testify before the All Party Parliamentary Group (APPG) on Tribal People,comprising of British Parliamentarians, which without doubt, would have"negatively" projected the image of the Government of India."

He also claimed, "The main objective of the foreign and Indian activists associated with Greenpeace International and Greenpeace India, is to step up agitations in coal producing regions, such as Mahan, in Singrauli district, in the State of Madhya Pradesh.  For this purpose, a front, in the form of an entity by the name of, Mahan Sangharsh Samiti (MSS) was created, which is funded by Greenpeace India and that Ms Pillai has been posted there to organize the villagers."

He highlighted how the funding of Greenpeace was curtailed by the Ministry of Home Affairs in 2014. He also submitted that the talk which Ms. Pillai could have had with the British MPs would have had an impact on India's interests and affect its reputation internationally.

Justice Shakdher while deciding the first issue before the Court, opined, "It is quite clear, that it can no longer be argued that the right to travel abroad is not a fundamental right.  It is, as a matter of fact, a second generation right which flows from the right to life and personal liberty conferred on the citizens, under Article 21, which can be taken away only by procedure, as established in law.  While, it may be true that the right to go abroad is not included the right to freedom of speech and expression – in some cases, the curtailment of right to travel abroad could impact, a citizen's right of free speech and expression."

Regarding the issue of validity of lookout notice in general was left open by the Court, as the validity of lookout notice was not challenged in general. The High Court in relation to her possible talks with British MPs observed, "The argument of the respondents that Greenpeace U.K. and Greenpeace International were fomenting protests in the countrywith respect to various public projects, especially, in the field of thermal andnuclear power generation, is not backed with actionable material"

The Court also noted, "developmental activities, not now, but for ages have always had a counter point.  The advancement in knowledge base, and the ability of common citizen to access information vis-à-vis public projects, has only made dissent more strident and vigorous.  Whether one model of development has to be rolled out as against the other, is an on-going debate.  This debate impinges upon all kinds of developmental projects, which includes project, such as, mining,setting up of nuclear plants, construction of roads through forests,acquisition of land for housing projects/ industries, construction of highways, roads, dams and bridges etc. – none of which have stopped if, the executive of the day, is convinced of their need and necessity."

The High Court added on, "The mere fact that such debates obtain, or such debates metamorphose into peaceful protests, cannot be the reason for curtailing a citizen's fundamental rights.  In this case, Ms Pillai's right to travel abroad and interact with relevant stake holders (i.e., the British Parliamentarians), to persuade them, to have entities incorporated in their country, to fall in line,with the developmental ethos, which is close to her ideology and belief,cannot be impeded only because it is not in sync with policy perspective of the executive."

Acknowledging the wide views that are present in India on a particular subject, the judgment noted, "in respect of each of these attributes of nationhood, there may be disparate views amongst persons who form the nation.  The diversity of views may relate to, not only, the static symbols, such as, the National Flag and National anthem, etc. but may also pertain to the tradition and heritage of the Nation and the manner in which they are to be taken forward. Contrarian views held by a section of people on these aspects cannot be used to describe such section or class of people as anti-national.  Belligerence of views on nationalism can often lead to jingoism.  There is a fine but distinct line dividing the two.  Either way, views held, by any section or class of people, by itself, cannot be characterized as anti-national activities."

Highlighting his opinion in relation to national interest and look out notices, the Court observed, "person falling in the category of an anti-national element, in the absence of any other guideline contained in the 2010 O.M., can only be that person, who projects, a present and imminent danger to the national interest.  Travelling abroad and espousing views, without any criminal intent of the kind adverted to above, cannot, in my opinion, put Ms Pillai in the category of an anti-national element."

The Court eventually then quashed the lookout notice issued, regarding the aspect of damages for defamation; the High Court said that Ms. Pillai was free to go for a civil remedy for the same.

Senior lawyer Indira Jai singh,who appeared for Ms. Priya Pillai reacted on twitter and said, "This is the day on which the Dandi March began , the judgement on the right to dissent liberates us from majoritarian rule."

Ms. Priya Pillai too took to twitter and posted "Victory for democracy & free speech! This is a symbolic win for Indian people & movements who dare to have a different dream for our country."

You may read more of our coverage of the issue here.