A Major Girl May Opt For A Criminal, Convict, A Person Of Different Religion/Caste To Marry, Court Can't Resist Her Choice: Kerala HC 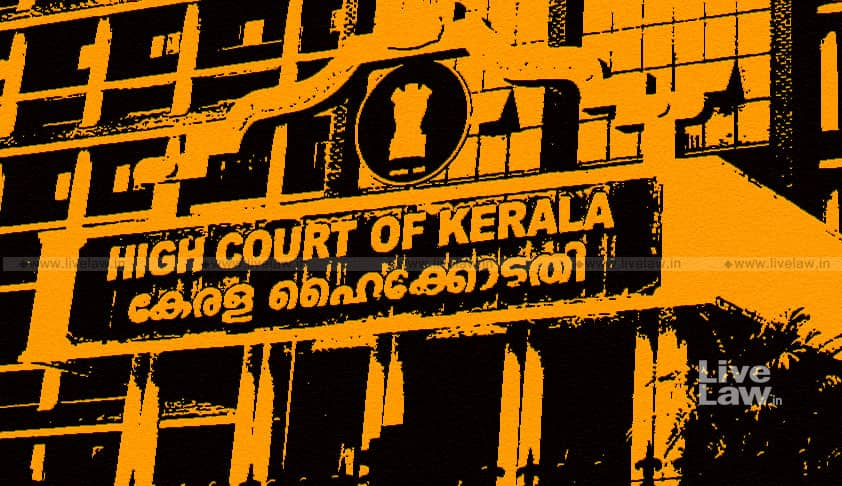 The Kerala High Court on 24th July 2017 held that when a major girl exercises her fundamental rights under Article 21 of the Constitution by choosing her partner, the court cannot resist such expression of opinion.“Becoming a major gives them the authority to exercise all their rights as a citizen and once they attain the age of marriage, they can choose their partner. The choice may not be...

The Kerala High Court on 24th July 2017 held that when a major girl exercises her fundamental rights under Article 21 of the Constitution by choosing her partner, the court cannot resist such expression of opinion.

“Becoming a major gives them the authority to exercise all their rights as a citizen and once they attain the age of marriage, they can choose their partner. The choice may not be to the liking of the parents. He/she may opt for a criminal or a convict, a person of different religion, caste, colour, language or even decide not to marry at all. The parental authority in such instances is of a limited nature,” it said.

A division bench of Justice AM Shafique and Justice Anu Sivaraman was hearing a habeas corpus petition filed by the parents of a major girl alleging that their child was under the illegal custody of the first respondent boy.

The court directed the police to produce the detenue. The detenue was produced before the court on June 9, 2017.

According to her, she had gone with the first respondent voluntarily as she was having a love affair with him. She said she would like to marry him and they had given notice of intended marriage before the Sub Registrar on June 3, 2017, and the convenient date for solemnisation of the marriage was fixed on July 5, 2017.

After hearing the parties, the court directed the detenue to be housed at SNV Sadanam Hostel until further orders and only her parents were permitted to meet her at the hostel. She was directed to be produced on July 5, 2017.

On July 5, 2017, an application was filed as IA No.10430/2017 by the counsel for petitioners seeking a psychiatric evaluation of the detenue. The said application was allowed by order dated July 5, 2017. The court directed a psychiatric evaluation of the detenue to be done by Dr CJ John of Medical Trust Hospital, Ernakulam, and the police were directed to file a report of the psychiatrist in a sealed cover. When the case was taken up on July 20, 2017, the report was produced before this court. In the report, the psychiatrist mentioned that the examination does not reveal any manic disorder or other psychotic disorders.

The petitioners stated that first respondent was currently an accused in three crimes. That apart, his father is involved in nine criminal cases, which are also narrated in the affidavit.

The petitioners also submitted that the detenue is immature and does not have the capacity to take a decision on her own. The first respondent, whom she intends to marry, is a person having criminal background. He is involved in various criminal cases, including those related to abuse of women. The detenue does not understand the pros and cons of marrying such a person and therefore, this court should not permit the detenue to remain in the custody of first respondent and others. He also placed reliance upon the judgment of the division bench of Kerala High court in Lal Parameswar vs Ullas and also the judgment in Asokan KM vs Superintendent of Police [Hadiya case].

The bench observed that it is true that parental authority can be exercised by the parents, while their son or daughter remains a minor.

“But the moment they become major, the exercise of parental authority gets limited. In the social scenario involved in our country, the parents have a say in all matters and loving children do accept their wishes and act in accordance with their opinion and advice. But that is only a wishful thinking of the parents and those parents who could make their children act in accordance with their reasonable wishes can only be termed as a fortunate lot, a God given gift,” it said.

The court also held that when a major girl exercises her fundamental rights under Article 21 of the Constitution by choosing her partner, the court cannot resist such expression of opinion.

“True that the decision is pitted against the wish of the parents, but when a fundamental right is being exercised by a major girl, the court will have to enforce the same,” it said.

The court disposed the petition with the following directions:

(i) That the detenue shall be free to proceed on her own wish in respect of her marriage.

(ii) The detenue shall remain at SNV Sadanam Hostel, Ernakulam, until solemnisation of the marriage.

(iii) The police shall make arrangements for the detenue to appear before the concerned Sub Registrar Office for solemnisation of marriage.

(iv) On solemnisation of the marriage, detenue shall be free to take her own decision in the matter.

(v) If the solemnisation of marriage does not take place within a period of one month from today, it shall be open for the WP(Crl) No.213/17 -14 petitioners to approach this court for further directions.

(vi) Until she remains at the hostel, all expenses shall be met by the parents of the detenue and they alone shall be permitted to interact with her.