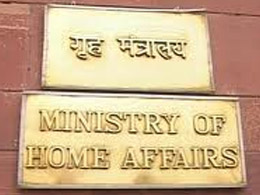 Subscription starts from
₹ 599+GST
(For 6 Months)
View Plans
Premium account gives you:
Subscribe Now
Already a subscriber?
Login
The Ministry of Home Affairs has issued an advisory to the States and Union Territories, mentioning that failure on the part of Police Officers to register an FIR on receipt of information about the cognizable offence will invite prosecution. The officer can be prosecuted for offence under section 166A of the Indian Penal Code or departmental action or both.

The advisory further clarifies that; the Police Officers cannot avoid registering FIR on the ground that the subject matter relates to the jurisdiction of some other police station. As per the advisory in those cases, “The police should be appropriately instructed to register a ‘Zero’ FIR, ensure that the FIR is transferred to the concerned police station under section 170 of the Code of Criminal Procedure.”

The question whether the police officers are duty-bound to register an FIR on receipt of a complaint or information of commission of a cognizable offence, or if there is discretion on their part to order a preliminary probe before that exercise; is still under the consideration of a Constitution Bench in the Supreme Court. A three Judge Bench of the Supreme Court in the case of Lalitha Kumari referred the question to a larger bench due to the conflicting views expressed by co-equal benches.

In the case of Bhajan Lal, Ramesh Kumari, Parkash Singh Badal and Aleque Padamsee; the Apex Court held that if a complaint alleging commission of cognizable offence is received in the Police Station, then the Station House Officer (SHO) has no option but to register an FIR under Section 154 of the Code of Criminal Procedure. On the other hand, the Apex Court in other cases, namely, Rajinder Singh Katoch, P. Sirajuddin, Bhagwant Kishore Joshi and Sevi [1981 (Suppl.) SCC 43] has taken contrary view and held that before registering the FIR under Section 154 of the Code of Criminal Procedure, it is open to the SHO to hold a preliminary enquiry to ascertain whether there is a prima facie case of commission of cognizable offence.

The advisory also says that police services should be sensitized to respond to complaints with alacrity irrespective of whether it is from a man or a woman.