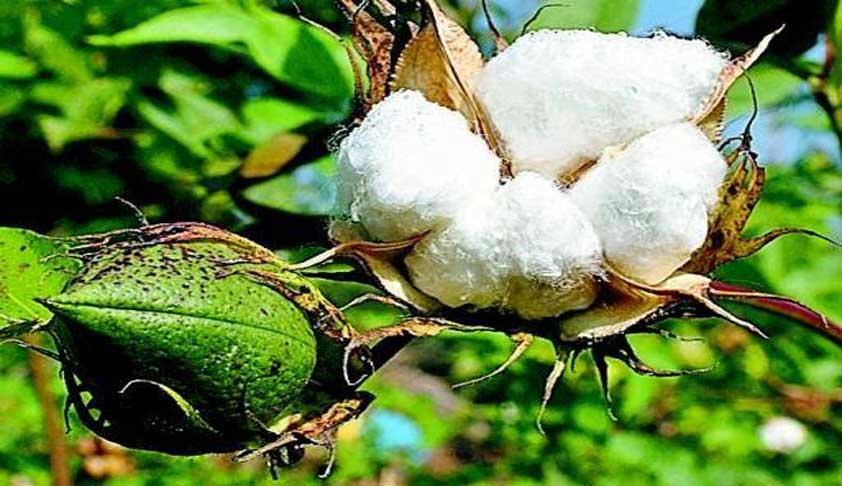 Delhi High Court on Tuesday rules in favour of Nuziveedu Seeds Limited in Monsanto Technology’s plea against Nuziveedu Seeds alleging that the Nuziveedu selling BT cotton seeds using Monsanto’s patented technology even after termination of licence.It was alleged that the defendants continuing to “market and sell” Genetically Modified Hybrid Cotton Planting Seeds in spite of...

It was alleged that the defendants continuing to “market and sell” Genetically Modified Hybrid Cotton Planting Seeds in spite of termination of the sub-license agreements including trademark sub-license agreements, alleging violation of their intellectual property rights vis-à-vis the registered patent (IA 214436), and trademarks BOLLGARD and BOLLGARD II, the acts of commission or omission indulged in by the defendants being such as amount to infringement or passing off of the defendants “illegally” manufactured products sold or offered to be sold in such packing or under labels (BOLLGARD) bearing such marks as are identical or  deceptively or confusingly similar to that of the plaintiffs, the prayers in the suit primarily being for permanent prohibitory injunction against such infringement of registered patent and trademarks, or passing off.

Justice RK Gauba observed that it can be said that the use of the suit patent, or trademarks of the plaintiffs by the defendants becomes unauthorized so as to give rise to a valid cause of action for infringement only if it can be held that the sub-license agreements have been legally terminated by the plaintiffs, such termination naturally rendering continued use of the sub-licensed technology or trademarks without consent or permission of rightful owner.

The Court also observed that the sub-license agreements were illegally and arbitrarily sought to be terminated by the plaintiffs, the communications to such effect issued on 14.11.2015, followed by subsequent communications reiterating the same, are bound to be treated as of no consequence. In these circumstances, the parties are bound to be treated as continued to be locked with each other in the arrangement under the 2015 sub-license.

“In the above facts and circumstances, the interim arrangement, as enforced by the consent order passed on 19.02.2016 and modified by later orders needs to be suitably modified in as much as given the conclusion that the sub-license agreements continue to be in force and binding on the parties (except as to the need for modification of the terms relating to trait fee), in which scenario the continued use of the suit patent or trademarks by the defendants cannot be said to be unauthorised (provided they pay the consideration at a rate in accord with law). Thus, so long as the sub-license agreements continue to be in force, or do not come to an end, by efflux of time, or upon being lawfully terminated, the defendants cannot be injuncted against the use of the suit patent or the trademarks, such right of the defendants to continued use of suit patent or trademarks not being unconditional”, states the Order.

The Court has issued the following ad interim directions (substituting the directions given by earlier orders) to be complied with during the pendency of the suit :-

(1). The parties shall remain bound by their respective obligations under the terms and conditions of the 2015 Sub-License Agreements (except as indicated hereinafter) for the period(s) stipulated therein, or till the same are lawfully terminated, the post contractual obligations continuing to be effective even beyond, as mutually agreed;

(i). be entitled to all the rights under the 2015 Sub License Agreements except as to the rate of trait value payable thereunder;

(ii). suitably inform the defendants within four weeks of this order :-

(a). modification of terms as to the rate of the trait fee payable by the defendants (sub-licensees) bringing it in accord with the prevalent local laws, as in force or revised from time to time; and

(b). the proposal for modification of the contract(s) so as to render the same to be in accord with "GM Technology (GM Trait) Licensing Agreement", as prescribed under the "Licensing and Formats for GM Technology Agreement Guidelines, 2016", notified by the Government of India.

(i). be entitled to all the rights under the 2015 SubLicense Agreements except as to the rate of trait fee payable thereunder;

(ii). be liable to tender, and pay, the trait fee to the plaintiffs, for the use of the suit patent and trademarks, at such rates as are in accord with the prevalent local laws, as in force or revised from time to time; and

(iii). upon being suitably notified, be obliged to execute necessary documents so as to render the contract(s) in accord with the "GM Technology (GM Trait) Licensing Agreement" as prescribed under the "Licensing and Formats for GM Technology Agreement Guidelines, 2016", notified by the Government of India;

(4). In the event of the plaintiffs not accepting the tender of the trait fee in terms of the above directions, the defendants will have the liberty to deposit the same, in the court, from time to time, in terms of the periodicity stipulated in the Sub-License Agreements, and notify the plaintiffs simultaneously;

(6). In the event of default on the part of the plaintiffs, to withdraw the amount(s) as above, within one month of such deposit(s), the Registrar General shall keep each such deposit in interest bearing fixed deposit receipt in a nationalized bank, initially for a period of six months with provision for auto-renewal;

(7). The defendants shall be obliged to maintain and render accounts - including of month-wise sales, for each quarter of every financial year for which this order ordains, with further liability to place on record of the court duly-audited accounts within two months of the close of each financial year, making available copies thereof to the plaintiffs;

(8). The directions about payment, or deposit, of trait fee or rendition of accounts shall presently pertain to the period beginning with financial year 2016-2017;

(9). The defendants shall make due compliance with directions concerning payment or deposit, and rendition of accounts for the period ending with March 2017 by 31st May, 2017 and would be entitled to adjust amounts, if any, already paid on such account in terms of earlier interim orders in this case, or in terms of orders of arbitral tribunals, or otherwise;

(10). All acts undertaken in terms of these directions, including in the nature of payment(s) or deposit(s) of the trait fee shall be without prejudice to the rights or contentions of all parties in the main suit; and

(11). The default, if any, by the defendants in strict compliance with the above directions would render them disentitled to the continued use of the suit patent or trademarks of the plaintiffs, consequent whereupon, in such event they would stand injuncted against continued use of suit patent and registered trademarks of the plaintiffs for the pendency of the suit.