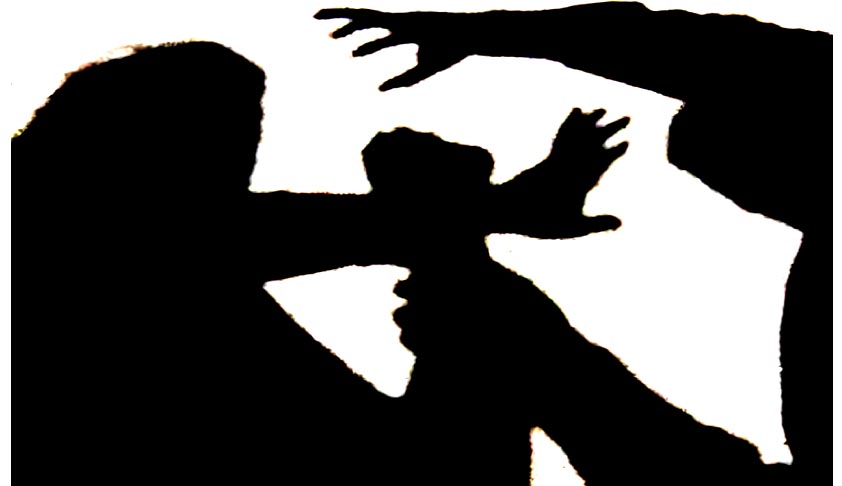 In a dark blotch on the face of the Judiciary, an Additional District and Sessions Judge in Gwalior has allegedly resigned in order to safeguard herself from sexual advances from a sitting High Court Judge. In an appalling revelation, the female Judge has alleged being sexually harassed by her administrative Judge. She subsequently had to resign to guard her "dignity, womanhood and...

In a dark blotch on the face of the Judiciary, an Additional District and Sessions Judge in Gwalior has allegedly resigned in order to safeguard herself from sexual advances from a sitting High Court Judge. In an appalling revelation, the female Judge has alleged being sexually harassed by her administrative Judge. She subsequently had to resign to guard her "dignity, womanhood and self-esteem". Read the LiveLaw story here.

Ironically, the female Judge was heading the Vishaka committee against sexual harassment. She couldn’t however shield herself from the prying eyes of the Judge.

In the absence of any cogent remedy, she has made a complaint before Chief Justice of India R.M. Lodha, Justice H.L. Dattu, Justice T.S. Thakur, Justice Anil R. Dave, Justice Dipak Misra and Justice Arun Misra.

The HC Judge has however denied all allegations and has reportedly offered to face any probe by any agency including an investigating agency, ready to “face any penalty, even the death penalty".

In conversation with Live Law, activist and lawyer Vrinda Grover pointed towards the seriousness of the issue and stated, “The allegations are of extremely serious nature where she repeatedly tried to ensure that it did not happen. She tried to approach the Chief Justice of Madhya Pradesh High Court, failing which she was compelled to resign.

...This time it is a woman Judicial officer who has been compelled to resign because the situation for her was made so impossible that she had no option. In order to protect her dignity, she had to give up her Judicial position and this points to an extremely dangerous trend. It also clearly points that the mechanism to deal with such situations are clearly and completely missing.”

Addressing the press today, senior lawyer Indira Jaising stated, “MP's should initiate impeachment proceedings against the judge.” She also said that the Chief Justice of India should order an inquiry on his own, in the matter.

Jaising stated that the women Judge’s resignation letter shouldn’t be accepted and if it is accepted, it will be the blackest day in the Indian Judiciary. She added that the Judge in question shouldn’t be assigned more duty in any capacity.

Vrinda Grover points out the lack of mechanism for dealing with such cases, echoing Jaising’s concerns. She states, “There is sexual harassment within the legal system and there should be a remedy available for that person. Today as it stands, there is no mechanism where this Judicial Officer could’ve voiced her complaint against the Judge of the High Court... Not only is this a very very serious impediment for women Judicial officers and for women lawyers and other women practising and engaged with the legal profession, but I think it attacks the integrity, the credibility and the confidence that women will have in the entire Judiciary.”

She then described the future course of action, stating, “We are asking for two things. One we are asking the CJI to immediately set up a mechanism to deal with all complaints against sitting and former Judges of the High Court and the Supreme Court.

Secondly we are asking the elected representatives, the Members of Parliament to rise above party lines and think about it as an important issue of women’s rights and therefore, to start an impeachment proceeding against the Judge, the process of which is laid down in the Constitution. 50 members of the Rajya Sabha and 50 members of the Lok Sabha can put forth a motion after which enquiry would be conducted which will look into the entire complaint, hear the accused Judge and then the matter will move ahead. After the matter has been passed by both Houses, the President is asked to remove him from his office.”

The woman Judge had practised in Delhi Courts for 15 years and was posted in Gwalior after passing the MP Higher Judicial Services Exam in August, 2011. After training under Justice D.K. Paliwal, she was posted as Additional District and Sessions Judge in Gwalior in October 2012.

She was appointed as the Chairperson of the District Vishaka Committee in April 2013. Her annual confidential report of January 2014 termed her work "excellent and outstanding".

She alleged that after his advances weren’t paid heed to, the HC Judge along with district judge and district judge (inspection), possibly made a false, frivolous, baseless and malicious reporting to the Chief Justice of MP and got her transferred on July 8, in the mid-academic session of her daughter, to a remote place called Sidhi by overruling the transfer policy of MP HC.

Her representation, for eight-month extension to allow the completion of the academic session of her daughter, was rejected. He even allegedly threatened to ruin her career for not fulfilling his aspirations.

In a plea echoing the concerns of several of her fellow Judges, she urged in her letter to “institute an appropriate mechanism for redressal of grievances like the above of subordinate services judicial officers."

The allegations are a dent on the sanctity of the Judicial profession, questioning the solemnity of the very saviours of the rights of individuals. The allegations are extremely serious and need to be tackled with co-ordination with from all organs of the Government and all other stake holders. The truth of the allegations needs to be ascertained at any cost, in an unbiased fashion. The case is definitely an eye-opener for the system and should be utilised to establish a mechanism to deal with such allegations. No such dent shall be allowed to impale the redeemer of our rights.