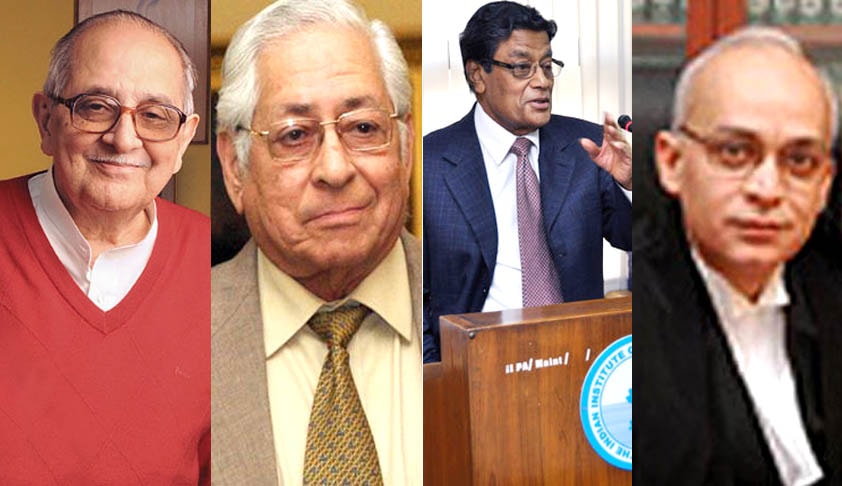 Today the Indian Express has reported that;

“A group of eminent lawyers has written to the Chief Justice of India T S Thakur and the Supreme Court Collegium, seeking a review of its decision to transfer Delhi High Court Judge Rajiv Shakdher to Madras High Court.

In their letter, lawyers such as former Attorney General for India Soli Sorabjee, Jurists Fali Nariman and K K Venugopal and others said the transfer of Justice Shakdher by the collegium, headed by the CJI, had “really shocked” members of the Bar”.

The letter states as follows;

“We had been looking forward with great anticipation to the promises held out in the NJAC judgment in regard to the principles, particularly the principle of transparency, which would govern future appointments to the higher judiciary as well as on the very sensitive issue of transfer of judges. We are disappointed by the lack of transparency in this case,”

“Taking the consent of a judge before he is transferred is another important principle that should be followed before making transfers. We are under the impression that neither requirement has been met in this case”.

“We think this needs to be reconsidered to prevent a wrong from being committed. That is why we have written (the letter).” Former Attorney General of India told Indian Express.

Justice Shakdher is well known for his integrity, boldness and hard work. He joined Bench of Delhi High Court in 2008 after giving up lucrative legal practice as a Senior Counsel.

His boldness is well reflected in his Judgement striking down the policy of the Supreme Court in selecting Law Clerk-cum-Research Assistant in Phaguni Nilesh Lal Vs.The Registrar General, Supreme Court of India way back in 2013 itself. While striking down, the Justice Shakdher held as follows : “ On behalf of respondent no.1, an attempt was made to defend the scheme / policy presently in place by relying upon the mechanism in place in the Punjab and Haryana High Court. I have consciously chosen not to discuss the schemes / policies for engagement of LCRAs which is prevalent in other High Courts for two reasons. First, in the present matter the schemes / policies of those High Courts are not under consideration or challenge. Second, the petitioner has cited examples of various High Courts where empanelment of select Law Colleges / Universities is not the route followed, while considering applicants for engagement as LCRAs. Therefore, mindful of this situation, I have chosen to only concentrate on the scheme / policy formulated by the Supreme Court. Therefore, I have no hesitation in declaring that the scheme/ policy, as formulated, is unconstitutional. This is not to say, that respondent no.1 cannot devise a scheme/policy. It is undoubtedly empowered to design a policy which is fair and equitable, and that, which enables every aspirant to be considered for engagement as a LCRA. Necessarily, the mode and manner of sifting the source would have to be devised by respondent no.1. Therefore, to the extent the present scheme/policy confines the source of candidates, for engagement as LCRAs, to the empanelled Law Colleges and Universities; it is illegal. That said the concerned Judge with whom a LCRA is to be attached will ultimately have a say in the matter. The concerned Judge would necessarily have a pool of eligible LCRAs available with him / her from which he / she could choose a particular LCRA for attachment”. In another landmark Judgment Justice Shakdher quashed lookout notice issued by the Government of India against Greenpeace activist Priya Pillai . In the Judgment he held as follows; “The core aspect of democracy is the freedom of an individual to be able to freely operate, within the framework of the laws enacted by the Parliament. The individual should be able to order his or her life any way he or she pleases, as long as it is not violative of the law or constitutes an infraction of any order or direction of a duly constituted court, tribunal or any statutory authority for that matter. Amongst the varied freedoms conferred on an individual (i.e., the citizen), is the right of free speech and expression, which necessarily includes the right to criticise and dissent. Criticism, by an individual, may not be palatable; even so, it cannot be muzzled. Many civil right activists believe that they have the right, as citizens, to bring to the notice of the State the incongruity in the developmental policies of the State. The State may not accept the views of the civil right activists, but that by itself, cannot be a good enough reason to do away with dissent.”