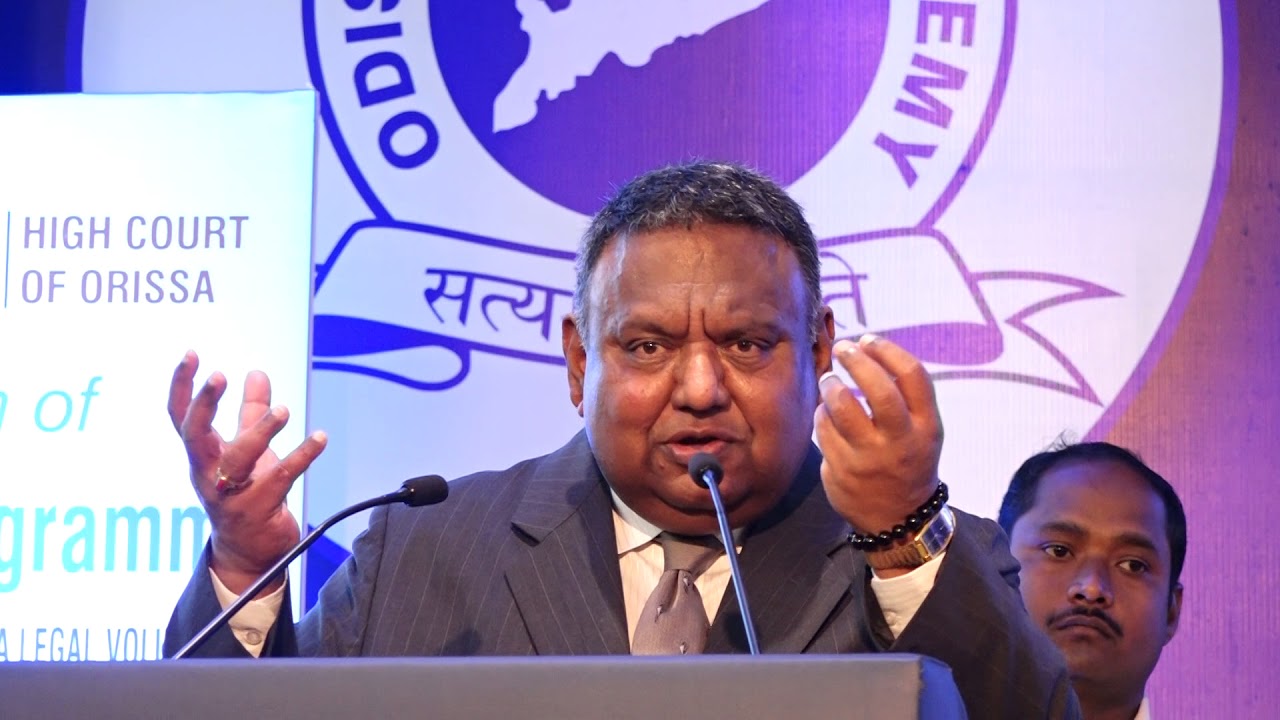 Justice Indrajit Mahanty, who has been appointed as the Acting Chief Justice of Orissa High Court following the elevation of Chief Justice Vineet Saran to the Supreme Court, is facing in-house inquiry proceedings by a Committee constituted by the Supreme Court.Justice Mahanty,  senior most Judge of Orissa High Court, has been alleged to have obtained bank loans to run his hotel business after...

Justice Mahanty,  senior most Judge of Orissa High Court, has been alleged to have obtained bank loans to run his hotel business after he was elevated to the bench. As per complaints filed by RTI Activist Jayant Kumar Das and Dr.Aditya Prasad Mishra , Justice Mahanty is alleged to have run a hotel called ‘Triple C’ in a busy market in Cuttack. In 2009, he allegedly availed a loan to the tune of Rs. 2.5 crore from the State Bank of India to run the hotel, which has been claimed to be in contravention of the code of ethics for Judges.

Former Chief justice of India, Justice T.S. Thakur, while acting on the complaints, had constituted an in-house committee to look into the allegations. The three-member in-house committee  was headed by Justice S.J. Vazifdar, Chief Justice of Punjab & Haryana High Court (since retired). Other members were Justice T. Vaiphei, Chief Justice of Tripura High Court(since retired) and Justice Arun Tandon of Allahabad High Court.

Meanwhile, the complainant Mr. Das, was arrested and lodged in the District Jail, Puri, Orissa, in relation to a cyber offence. He made a representation to the Superintendent of Police, seeking permission to attend the meetings of the committee in person or through video conferencing. In another letter, he had requested the Registrar General of Orissa High Court to instruct the Orissa Police to abstain from handcuffing him while taking him out of the jail premises. Justice Vazifdar in a letter  asked him to "take necessary steps" to appear before the committee.

Following the retirement of Justice Vazifdar and Jusice Vaiphei, the in-house committee was re-constituted by the Supreme Court in the first week of July 2018. Justice Indira Banerjee(now elevated to SC), who was the then CJ of Madras High Court, was made the head of the Committee. The other members were Justice Dinesh Maheshwari, Chief Justice of Karnataka High Court, and Justice Ravi Shankar Jha of Madhya Pradesh High Court.

Along with Justice Mahanty, Justice Sangam Sahoo of Orissa High Court is facing inquiry by the said committee. The complaint against Justice Sangam Sahoo, who was appointed as a Judge of the High Court in July 2014, alleges that as an Additional Judge, he had misused public funds for the renovation of his official residence, beyond his entitlement inside the bungalow.

The inquiry had, however, got stalled in the meantime after the name of a senior Supreme Court Judge allegedly cropped up during the probe. Baffled at the development, the committee had then written to the then CJI, Justice Khehar, seeking his guidance. It had asserted that despite the allegations having surfaced, the committee is unable to proceed because its mandate excluded probing charges against a sitting Supreme Court Judge. Justice Khehar had, however, not taken any steps on the committee’s representation.

This had prompted Mr. Das to address another letter to the committee in October last year. He had written, “I feel that as if Indian Judiciary is trying to overshadow the illegal act of Justice Indrajit Mohanty and not in a mood to take any disciplinary action against him. If this would be the attitude of the Honourable Supreme Court of India and In-House Committee then the Citizens of India would certainly leave their faith in Indian Judiciary.”

Thereafter, Mr. Das had penned another letter to Chief Justice of India Dipak Misra on May 4 this year, requesting him to appoint the Chairperson and member of the in-house panel after the retirement of two of the committee’s members. It was following that the Committee was re-constituted during July 2018.

Now, with the elevation of Justice Indira Banerjee to Supreme Court, it seems that the Committee will require another re-constitution