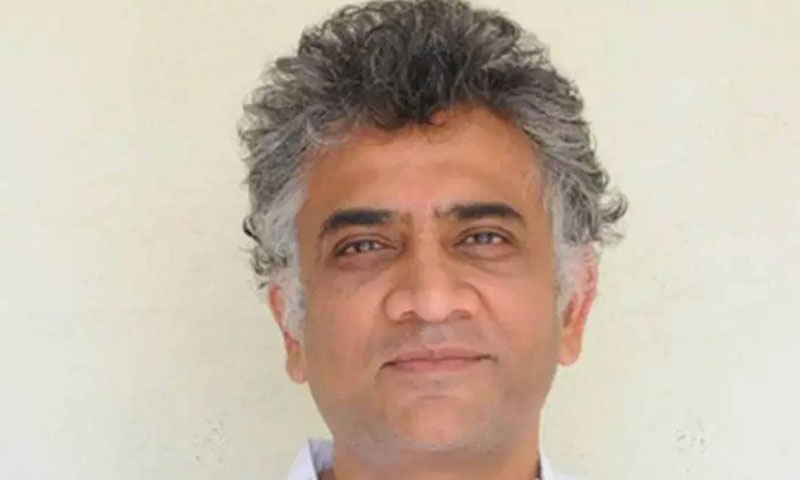 Delhi's Rouse Avenue Court on Wednesday sought response of the Central Bureau of Investigation (CBI) on the plea moved by former Amnesty International India Chief Aakar Patel, against the Look Out Circular issued against him by the agency.Chief Metropolitan Magistrate Pawan Kumar issued notice on Patel's application seeking directions to the CBI for withdrawal of the said Look...

Delhi's Rouse Avenue Court on Wednesday sought response of the Central Bureau of Investigation (CBI) on the plea moved by former Amnesty International India Chief Aakar Patel, against the Look Out Circular issued against him by the agency.

Chief Metropolitan Magistrate Pawan Kumar issued notice on Patel's application seeking directions to the CBI for withdrawal of the said Look Out Circular and also seeking permission to travel to United States of America till 30th May 2022 to take up his assignment and lecture series.

The matter will now be heard tomorrow at 10 AM.

Patel is being prosecuted before the court of Sixth Additional District & Sessions Judge Surat, Gujarat in a private complaint lodged by a BJP legislator in Gujarat by the name of Purneshbhai Ishwarbhai Modi. Vide order dated February 19, the Court permitted him to travel abroad and accordingly his passport was released for a period March 3 to May 30, 2022.

The CBI purportedly stopped him from leaving the country on the basis of a Look Out Notice issued in connection with a case registered by the agency against Amnesty International India for alleged FCRA violations.

Patel claims that he is not a named accused in the said FIR and was given a notice under Section 160 CrPC only once for appearance on December 24, 2020, which he complied with. Thereafter, he claims that he has never been called by the CBI authorities.

During the course of hearing today, Advocate Tanveer Ahmed Mir appearing on behalf of Patel took the Court through the facts of the case.

He also placed reliance on the recent judgment of the Delhi High Court wherein the look out circular issued by the Enforcement Directorate against journalist Rana Ayyub was quashed on the ground of it being devoid of merits as well as for infringing her human right to travel abroad and freedom of speech and expression.

Mir argued that the Look out circular is not maintainable and must be suspended as the chargesheet was already filed in the matter, cognisance of the matter was yet to be taken and that the investigation of the case qua Patel was completed.

"You (the police officer concerned) are a public officer, you are accountable not only on your office but also to law," argued Mir.

At the outset, questioning the issuance of Look out circular by the CBI, the Court orally remarked thus:

"Being a public officer, we all have to justify our acts. Can't do it on whims and fancies."

Accordingly, seeking response of the CBI, the Court posted the matter for hearing tomorrow.

It is Patel's case that the LOC is illegal and unnecessarily puts fetters on his fundamental rights. The plea states,

"The applicant suffered the value of his tickets and his immediate program as well on account of arbitrary and absolute illegal actions on part of the investigating authorities...(who) acted in the most illegal, arbitrary and nefarious manner in putting fetters on the fundamental rights of the applicant and have not even bothered to inform him well in : advance for which there would be no predicament whatsoever with the investigating authorities."

The petitioner cites the case of Sumer Singh Salkan v. Asst. Director & Others, where the Delhi High Court has held that no LOC can be opened to the detriment of any accused, witness or any citizen of this country and unless and until there are non bailable warrants appearing in the field or that the person concerned is deliberately evading or even summons by a court of competent jurisdiction.

He also relied on journalist Rana Ayyub's case wherein LOC issued against her by ED was quashed.

The plea adds that Patel is in urgent need to travel as he has to deliver lectures no April 8 at USA. Further, the offences alleged in the FIR are not in the category of 'grave offences' as the offences are punishable upto 5 years or only with fine. Moreover, it is not the case of CBI that Patel is a flight risk by any stretch of imagination.