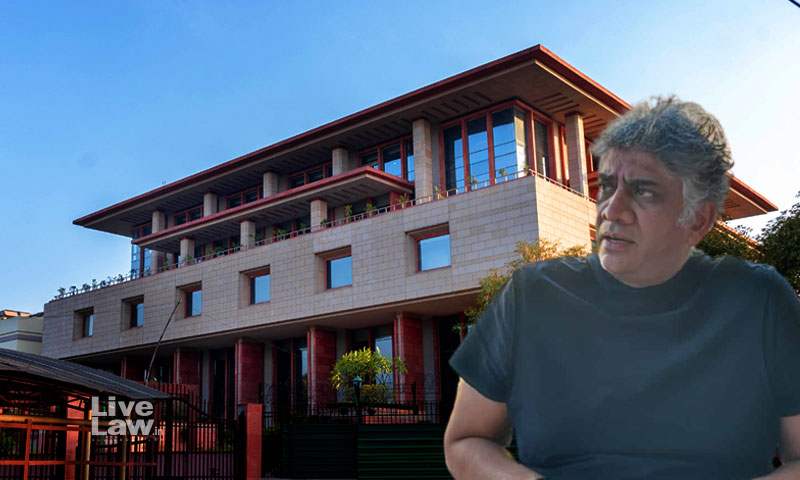 The Delhi High Court on Friday issued notice on the plea filed by Central Bureau of Investigation (CBI) challenging the Trial Court order in connection with Aakar Patel case to the limited extent of legal observations made regarding issuance of Look out Circular (LOC).

Justice Yogesh Khanna sought response of former Amnesty International India Board Chair Aakar Patel while posting the matter for further hearing on May 18.

While taking a stand that it was not against the relief granted to Aakar Patel or anything on the merits of the case, the CBI has contended that the observations made by the Trial Court on the aspect of issuance of LOCs may be used against the agency in other matters.

The plea moved by CBI challenges observations made by Special CBI Judge of Rouse Avenue Court in various paragraphs which can be read as under:

- Findings wherein the Trial Court had observed that recourse to LOC can be taken only on co-existence of all the three circumstances namely, (i) Look out corner Notice can be issued only in cognizable offences; and (ii) Accused is deliberately evading arrest or not appearing in Trial court despite NBWs and other coercive measures; and (iii) There is likelihood of the accused leaving the country to evade trial/arrest.

- Findings to the extent that sec. 170 of CrPC would be applicable in a case covered by FCRA or any other law which requires a prior prosecution sanction.

- Findings in as far as it approves the reasoning given by the ACMM for quashing the LOC.

- Findings in so far as it approves the order of the ACMM which effectively holds that statutory powers are to be exercised under a threat of being sued for damages, even if such powers are exercised bonafide.

Accordingly, the plea seeks setting aside of the impugned order dated April 16, 2022, so far as the aforementioned observations and directions are concerned.

Vide the impugned order, the Special CBI Judge had upheld the ACMM order which directed the CBI to immediately withdraw the Look Out Circular issued by it against former Amnesty International India Chief Aakar Patel.

Special CBI Judge Santosh Snehi Mann of Rouse Avenue Court had however set aside the direction for the CBI Director to make a written apology to Patel for the agency's "deliberate" actions. The direction given to fix accountability of the CBI officials for issuance of LOC was also set-aside.

The Court had upheld the impugned order subject to two conditions:

- Aakar Patel will appear before Trial Court within a week, shall furnish a bond for his appearance under sec. 88 CrPC to the satisfaction of Trial Court.

- He will will not leave country without permission of Trial Court.

"In this case, the manner in which LOC has been issued by the CBI shows lack of understanding of the relevant law, and hence need for orientation of the concerned officers of CBI, not only for sensitization but also to bring objectivity in the actions, is not out of context. These observations of the Trial Court are not of the nature of exercising power of superintendence, they are out of concern and the petitioner is expected to take them in the right spirit," the Court had observed.

It had added that the power of CBI to investigate and prosecute is not an unbridled power and that in glaring cases of excesses committed in actions, there may arise the need for fixing accountability.

Patel was stopped from boarding a flight to the US at Bengaluru airport on April 7. He claims that the impugned action was taken despite a Gujarat court's order granting him permission "specifically for this trip".

The CBI stopped him from leaving the country on the basis of a Look Out Notice issued in connection with a case registered by the agency against Amnesty International India for alleged FCRA violations. Patel, though not named in the FIR was the Chairman of Amnesty India, first accused in the FIR.

The FIR alleged that in order to evade the mandatory provisions of FCRA, Amnesty UK and other UK based entities had remitted a total sum of Rs 36 Crores without the MHA approval. The FIR further alleged that the inspection of the books of the Amnesty India showed that instead of using the funds received from abroad for the purpose received, they were being used for commercial purposes thereby violating the provisions of FCRA.

Later on the same day (April 7), he approached the Court against the LOC. In its 10-page order, delivered on the same day, the Trial Court had said that there cannot be any unfettered control/restriction on the right to travel and it is the part of fundamental rights and enshrined under Articles 19 and 21 of the Constitution. It found that the issuance of LOC was a "deliberate act" of the investigating agency to put restriction on the valuable rights of the accused.