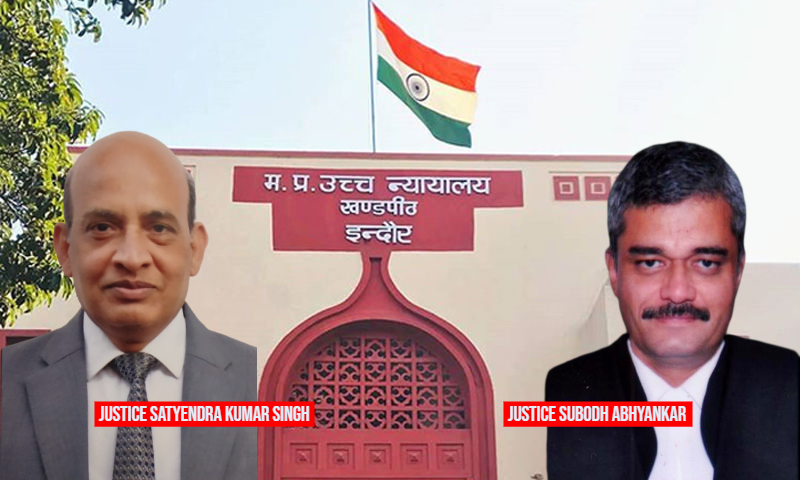 The Madhya Pradesh High Court (Indore Bench) recently upheld the life sentence awarded to a man for raping a 3-year-old girl. The court noted that the accused had left an indelible mark of devastation on the mind and body of the victim.

The Bench of Justice Satyendra Kumar Singh and Justice Subodh Abhyankar observed that in view of the rights and plight of the victim and her family members, the Life imprisonment awarded to the appellant is by no means severe or excessive.

Accused Pappu was convicted for offence punishable under Sections 376(2)(F) of the I.P.C. by the Additional Sessions Judge, Dhar and he was sentenced to undergo life imprisonment with a fine of Rs.25,000/- and in default of payment of fine, one-year additional rigorous imprisonment.

Challenging his conviction and sentence, he had moved to the HC.

Besides challenging his conviction, the Accused submitted that he had been in jail since last around 10 years and considering the aforesaid quality of evidence available against him, his sentence may be reduced to 10 years (period already undergone) which is the minimum sentence under Section 376(2)(f) of the IPC.

As per the prosecution's case, the victim's mother had put the victim by the side of the appellant (with whom she had cordial relations) who was sleeping on the ground and when she came back to take her after half an hour, she found that the appellant had kept his face covered with bedding but when she took her daughter in her arms, her hands had blood on them as her daughter was bleeding from her private parts profusely.

Initially, she was asked not to tell anyone about the incident by the family of the appellant, however, after around 4-5 days, the mother of the victim informed her about the incident to her sister-in-law and thereafter her brother and husband also came to know about it and the FIR was lodged.

The Court noted the doctor who examined the victim had given her opinion that internal pain by the victim was suggestive of penetration. The Court found that this evidence was supported by the testimony of the mother of the victim.

In view of this, being satisfied with the testimony of the doctor, the Court observed that it had no reason to disbelieve the deposition of the mother of the victim and her dilemma in going to the police station straight away.

In such circumstances, the Court added, we do not have any hesitation to come to a conclusion that the victim was raped by the present appellant who was only three years old at the time of the incident.

"...this Court finds that the victim in the present case was a girl aged 3 years only, who was ravished by the appellant in whom the mother of the victim had shown full confidence when she left her daughter asleep alongside him, assuming that her daughter would be in the safe custody of the appellant, aged around 22 years but little did she know that appellant would not only break her faith but would also leave an indelible mark of devastation on the mind and body of the victim, in such circumstances, the rights and plight of the victim and her family members cannot be lost sight of, and thus, we find that the Life imprisonment awarded to the appellant is by no means severe or excessive," the Court further remarked.

Accordingly, the instant appeal being devoid of merits stood dismissed.