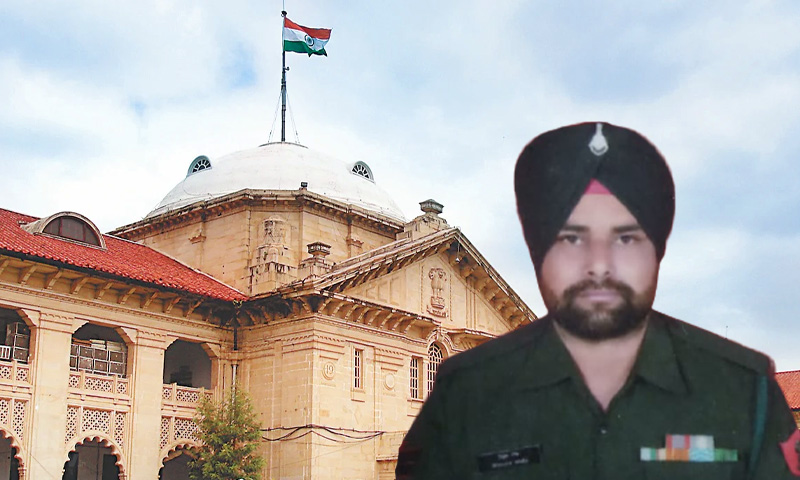 Dealing with a plea filed by an ex-soldier of the Indian Army alleging that he was humiliated and brutally tortured by the Uttar Pradesh Police, the Allahabad High Court, after taking into account the injury reports and FIR filed by him, observed:"...prima facie, (it) shows a very sorry state of affairs and police atrocities...It, prima facie, indicates a breach of fundamental rights of...

Dealing with a plea filed by an ex-soldier of the Indian Army alleging that he was humiliated and brutally tortured by the Uttar Pradesh Police, the Allahabad High Court, after taking into account the injury reports and FIR filed by him, observed:

"...prima facie, (it) shows a very sorry state of affairs and police atrocities...It, prima facie, indicates a breach of fundamental rights of the petitioner guaranteed under Article 21 of the Constitution of India by the accused police officers/ police personnel."

Stressing that the matter is serious and requires serious consideration of the Court, the Bench of Justice Surya Prakash Kesarwani and Justice Gautam Chowdhary directed the State DGP to file a counter affidavit by means of his personal affidavit, indicating the action taken in the matter.

A video of the said incident was also circulated on social media. It may be noted that the Policemen accused of assaulting him have been suspended.

On May 2, 2021, the Victim (Resham Singh), along with his mother and two sisters was going from Pilibhit to Lakhim Pur Kheri when they were stopped by the Police Officials at around 9 am and they enquired from the Victim and his family members as to where they were going and also asked for the papers of the car in which they were travelling.

Allegedly, since it was taking some time to sort out the papers, the Police Officials out of the blue started abusing the Victim and his family members, which included his mother and two sisters.

The Victim asked the Police Officials to not abuse them as there were women as well who were travelling with him. It was also informed by the Victim that he is a retired member of the armed forces of India.

Thereafter, the Police Officials got infuriated on the same and threatened the Victim and his family members that they will teach them a lesson for life and then started abusing him and beating the Victim with lathis.

Allegedly, the Police Officials also started beating the mother and sisters of the Victim and took them to the police station without taking the assistance of any woman Police officer.

That after forcefully being taken to the said Police Station, the Victim was disrobed and then tied up on a cot and brutally beaten up by the said police officials for two continuous hours using "Dandas", Fist and leg blows and gave him third degree torture only to satisfy their ego.

Allegedly, the cops abused him on his Sikh identity, tied him up, tore out his turban, pulled his hair, beat him with lathis—causing grave injuries on his backside and hips

Further, it was submitted that the Police Officials did not stop at physical torture of the Victim, but in order to further humiliate the Victim, they also threatened the Victim that they will cut his unshorn hair in order to teach him a lesson of his life.

Thereafter, he lodged an FIR against the erring officials and took treatment in the Army Hospital.

"That the turban (pagri) of a Sikh man, is considered a religious symbol and is universally accepted as a symbol of respect. Pulling the unshorn hair (Kesha) or knocking off or causing to knock off or even touch or pull the Turban of a Sikh is considered as a religious sacrilege and insulting to the beliefs held by the Sikh Community. The actions of the Uttar Pradesh Police personnel, using uncalled for brutal force against an unarmed, innocent Sikh, that too an army veteran, disrespecting and his family members, which included women, and also disrespecting his religious beliefs has shaken the conscience of the people associated with not only the Indian army but general public at large."

Requesting the Advocate General to assist this Court in the matter, the Court fixed the matter for hearing as a fresh case on July 12, 2021 for further hearing.