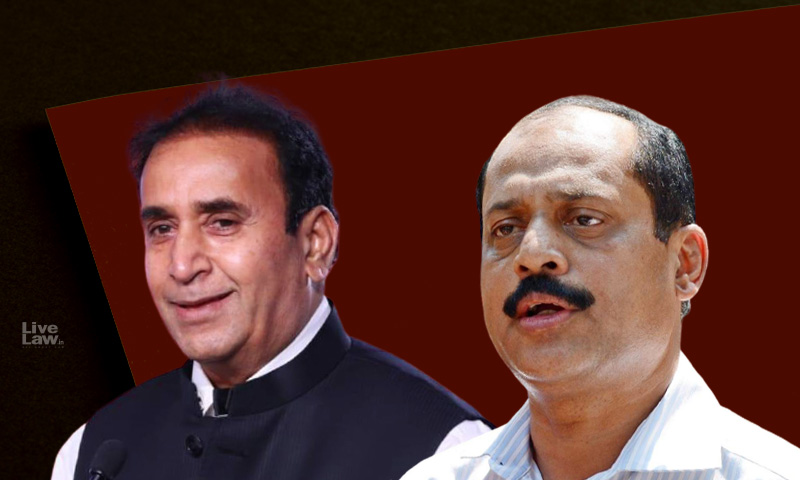 The Central Bureau of Investigation approached the Special Court under the NIA Act on Thursday seeking access to papers of the case related to explosives found near Mukesh Ambani's house for its preliminary enquiry into allegations of corruption against former Maharashtra Home Minister Anil Deshmukh.

Special Judge posted the matter for hearing on Friday. The CBI claimed documents related to the explosives case will aid it in questioning Waze.

On Wednesday the special judge allowed another application by the central agency to question suspended Assistant Police Inspector Sachin Waze, a prime accused key accused in the Ambani Case and the consequent murder of Thane-based businessman Mansukh Hiran.

Waze, who was arrested on March 13, 2021 is in custody of the National Investigation Agency (NIA). The suspended officer accused former State Home Minister Anil Deshmukh and Cabinet Minister Anil Parab of asking him to extort over 100 crores in a statement he tried submitting to the special court, on Wednesday.

The agency registered a Preliminary Enquiry following an order of the Bombay HC, on Monday to probe corruption allegations levelled by former Mumbai Police Commissioner Param Bir Singh against Deshmukh.

The order was ratified by the Apex Court today as rejected the Maharashtra Government and Anil Deshmukh's appeal against the Bombay HC order.

Justices Sanjay Kishan Kaul and Hemant Gupta dismissed the petitions by observing: "Given the serious nature of allegations, and the personas involved, the matter do require an independent agency to investigate the matter. It is a matter of public confidence. We may also note that what has been ordered is only a preliminary enquiry. Therefore, we are no inclined to interfere with the impugned order".

Following Waze's arrest in the Ambani case, Param Bir Singh was shunted out of the Commissionerate to the Home Guards department on March 17.

Three days later Param Bir Singh wrote to the Chief Minister and alleged that Deshmukh asked Waze and to extort Rs. 3 or 4 lakhs from the 1750 bars and restaurants in the city. The Bombay HC order is based on a clutch of petitions which sought an independent probe in to Singh's allegations.