Rejection Of Plaint Under Order VII Rule 11 CPC Will Be Allowed Only If Any Of The Clauses Are Strictly Applicable To The Pleadings In Plaint: Andhra Pradesh High Court 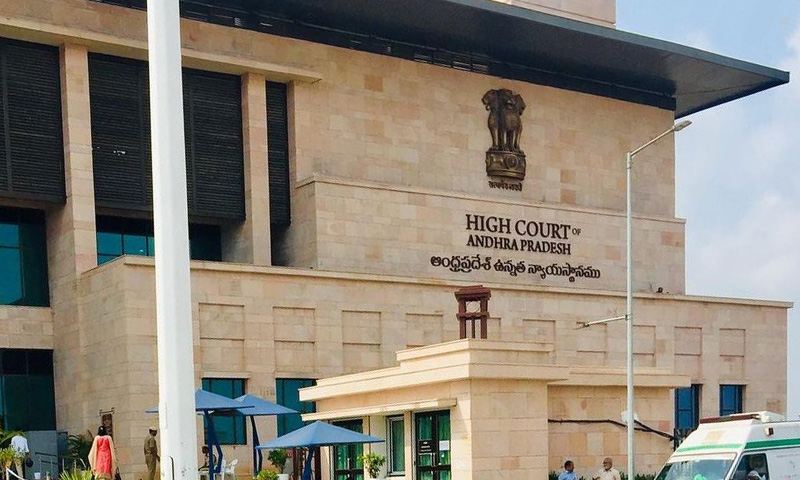 The Andhra Pradesh High Court on Tuesday stated that the plaint cannot be rejected under an application filed by defendant in Order VII Rule 11, CPC if none of the clauses set out under Order VII Rule 11 are applicable to the pleadings strictly mentioned in the plaint.

Rejection of plaint.— The plaint shall be rejected in the following cases:—

(a) where it does not disclose a cause of action;

(b) where the relief claimed is undervalued, and the plaintiff, on being required by the Court to correct the valuation within a time to be fixed by the Court, fails to do so;

(c) where the relief claimed is properly valued, but the plaint is returned upon paper insufficiently stamped, and the plaintiff, on being required by the Court to supply the requisite stamp-paper within a time to be fixed by the Court, fails to do so;

(d) where the suit appears from the statement in the plaint to be barred by any law;

(e) where it is not filed in duplicate;

(f) where the plaintiff fails to comply with the provisions of rule 9:

Provided that the time fixed by the Court for the correction of the valuation or supplying of the requisite stamp-paper shall not be extended unless the Court, for reasons to be recorded, is satisfied that the plaintiff was prevented by any cause of an exceptional nature from correcting the valuation or supplying the requisite stamp-paper, as the case may be, within the time fixed by the Court and that refusal to extend such time would cause grave injustice to the plaintiff

The plaintiffs had filed a plaint demanding ¼ each share in the property as per Muslim law. The Defendant filed a written statement contending that the petitioners had executed a registered relinquishment deed relinquishing the share in properties which are the subject matter of the suit.

The defendant had thereafter filed an application under Order VII Rule 11 CPC for rejection of plaint. The contention of the defendant in this application was that the suit was barred by limitation. The plaintiff contested the application.

The Trial Court dismissed the Order VII Rule 11 application and held that rejection of plaint under Order VII Rule 11 has to be considered only on the basis of the pleadings in plaint and not upon the contents of the written statement.

Aggrieved by the aforementioned order, the petitioner approached the High Court by way of Civil Revision Petition.

Contentions of Petitioner and Respondents

Sri Vivekananda Virupaksha, counsel for the petitioner contended that suit is barred by limitation as relinquishment deeds were executed in 1992 and the suit for partition has been filed in 2013. Furthermore, settlement of family issues was done by a Lok Adalat Award in 2006. Sri Raja Reddy Koneti, counsel for the respondent submitted that limitation is a mixed question of fact and law and can be decided only after evidence is adduced during the Trial of suit. He contended that the suit cannot be rejected at this stage on this ground of limitation.

Justice Raghunandan Rao observed that all properties mentioned in the suit do not appear to be covered under the relinquishment deeds. Furthermore, Lok Adalat Award is not mentioned in the plaint. Therefore, it cannot be taken into consideration to reject a plaint under Order VII Rule 11 of CPC.

The Civil Revision Petition was hence dismissed and Trial Court's order was upheld.