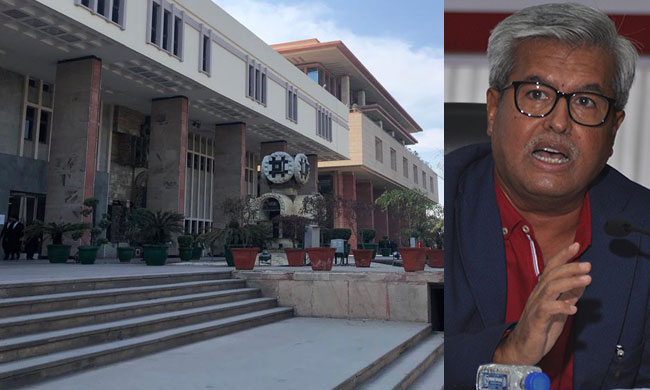 The Delhi High Court has stayed the order appointing Dr. Rajiv Mani, Joint Secretary & Legal Advisor, Department of Legal Affairs, Ministry of Law & Justice as the custodian of the undertakings of the International Centre for Alternative Dispute Resolution.

The bench comprising the Chief Justice Rajendra Menon and Justice V Kameswar Rao issued this order in a petition challenging the New Delhi International Arbitration Centre Ordinance 2019, which has resulted in the takeover of the International Centre for Alternative Dispute Resolution set up in the year 1995.

The Ordinance was promulgated on March 2 stating the reason that ICADR has not been able to "actively engage and embrace developments in the arbitration ecosystem" and "to create a reputation par excellence".

As per Section 7 of the Ordinance, all assets are transferred to and vested with the Central Government. Faced with imminent takeover of its assets, ICADR rushed to the High Court challenging the validity of the Ordinance promulgated on March 2, which has "eliminated the very existence of the society".

Senior Advocate Dushyant Dave contended that ordinance is intended to eliminate the very existence of the Society by providing for vesting of the entire assets and properties in New Delhi International Arbitration Centre, which are mostly, the owned properties and when there is no emergent situation existing to promulgate the same.

The Court ordered thus: But, the plea of Mr. Dave that the issue with regard to the legality of the Ordinance can be gone into only after the respondents place on record the circumstances, which led to the promulgation of the Ordinance, as according to Ms. Acharya, the limited scope of judicial review is to see whether satisfaction arrived at in promulgating the Ordinance was actuated by an oblique motive or satisfaction in a particular case constitutes a fraud, is appealing. So, this Court is of the view, to balance the equities including when some arbitration cases are still pending adjudication, it shall be appropriate that the order dated March 02, 2019 issued by the Deputy Secretary, Government of India appointing Dr. Rajiv Mani, Joint Secretary & Legal Advisor, Department of Legal Affairs, Ministry of Law & Justice as the custodian of the undertakings of the International Centre for Alternative Dispute Resolution need to be stayed. Ordered accordingly."