Approach UNHCR Over 4 Rohingyas Who Have Served Their Sentence But Remain In Jail: Calcutta High Court Asks State Govt. & UOI 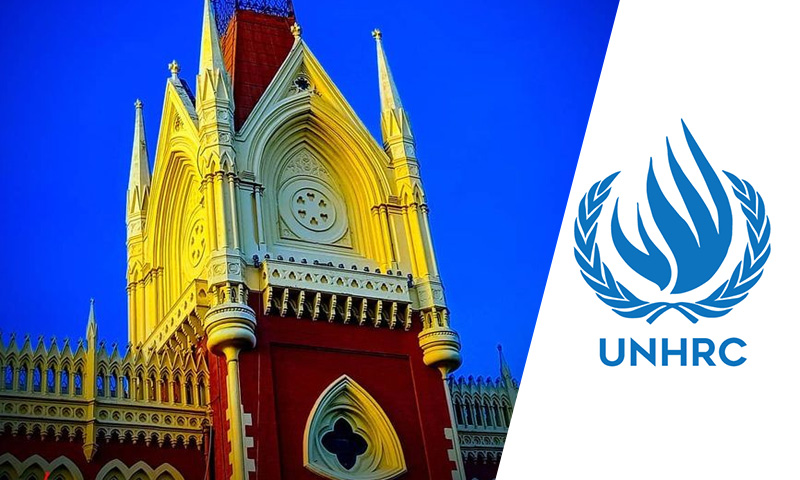 The Calcutta High Court last week asked the West Bengal Government & Union of India to take requisite steps to move the United Nations High Commissioner for Refugees (UNHCR) in connection with the case of 4 Rohingyas who have served their sentence but continue to remain in prison.

The Bench of Chief Justice Thottathil B. Radhakrishnan & Justice Arijit Banerjee was hearing a plea seeking issuance of Habeas Corpus Writ by 4 Rohingyas.

The Counsel for the petitioners submitted that they hail from Myanmar and had slipped into India and which resulted in their facing prosecution for offences punishable under the Foreigners Act.

It was contended that they have undergone the sentence imposed on them and there is no other count of criminal law under which they have been convicted and sentenced.

Importantly, it was stated before the Court that having served the entire sentence, they continue to be housed in the Dum Dum correctional home. Their plea was that they may be moved to an open jail or be provided some modalities to be saved from continued incarceration.

In this backdrop, the Court said,

"In the aforesaid facts and circumstances, noticing in particular that the petitioners have not been found guilty or sentenced on any other count except under the Foreigners Act, we are of the view that it is for the Government of the State of West Bengal and the Government of the Union of India to take requisite steps to move the United Nations High Commissioner for Refugees (UNHCR) to consider the cases of the four petitioners for appropriate ameliorative action at that end."

"We are sure that the Governments will take up the matter with due earnestness", concluded the Court.