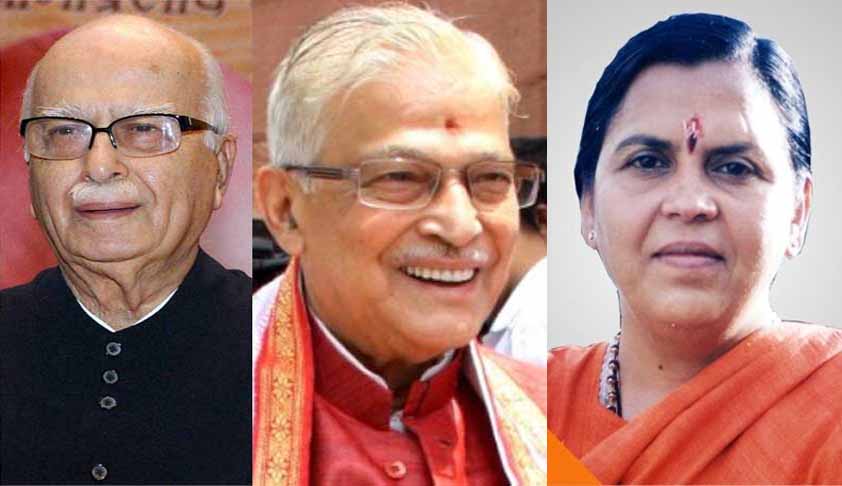 A special CBI court has decided to continue further trial proceedings in the 1992 Babri Masjid demolition case through video-conferencing.

The Supreme Court on May 8 had directed the special court to conclude trial proceedings by August 31.

Earlier, the trial had to be completed by April 20, but it could not be done due to closure of courts in the wake of the coronavirus-induced lockdown.

The proceedings were hampered due to the lockdown and hence, the decision was taken, the special CBI court said on Friday.

The court has recorded the evidence of all prosecution witnesses which the CBI had produced. It is now proceeding to enable the accused to know what evidence was exactly produced against them.

Meanwhile, the defence filed an application on Friday to summon three prosecution witnesses for cross examination as they were not earlier cross examined when their evidence in chief was recorded in 2016-17.

Taking up the application, special judge S K Yadav asked the defence to furnish the list of specific questions on which it wanted to cross examine these prosecution witnesses.

The court will hear the matter next on May 18.

The trial in the Lucknow court is going on in regard to the demolition of the disputed structure in 1992 in pursuance of the two FIRs lodged with the Ayodhya Police.