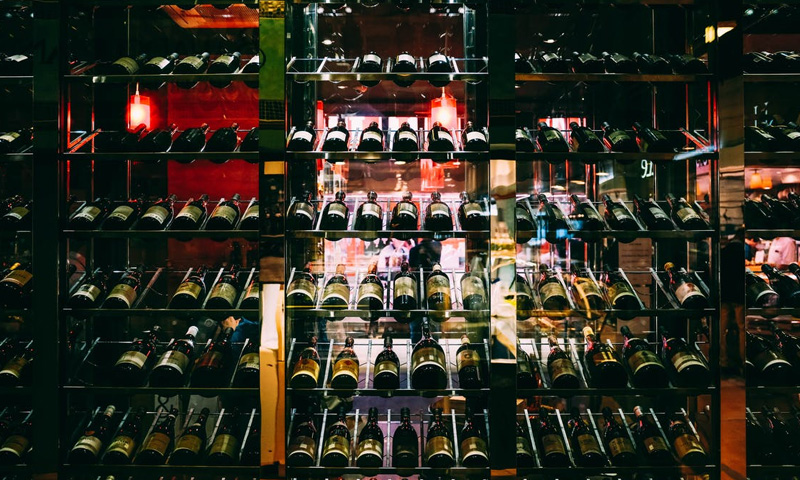 The Bombay High Court on Friday directed the Municipal Corporation of Greater Mumbai to grant permission to 'World Of Wines', a liquor store which is located inside a mall at Nariman Point, to operate as a standalone liquor shop and effect home delivery of liquor as per the Corporation's guidelines. Division bench of Justice SJ Kathawalla and Justice SP Tavade was hearing a...

The Bombay High Court on Friday directed the Municipal Corporation of Greater Mumbai to grant permission to 'World Of Wines', a liquor store which is located inside a mall at Nariman Point, to operate as a standalone liquor shop and effect home delivery of liquor as per the Corporation's guidelines.

Division bench of Justice SJ Kathawalla and Justice SP Tavade was hearing a writ petition filed by Ojus Marketing Management Pvt Ltd, owner of the said liquor store, technically located inside the CR2 mall at Nariman Point. Court noted that the Corporation took a "hyper technical approach" by not allowing the petitioner's store to open as the guidelines specifically exclude liquor stores inside malls to operate.

Initially, on May 3, in partial relaxation of restrictions, liquor license holders having standalone shops were allowed to commence operations but the liquor stores located inside malls were excluded. But due to overcrowding outside liquor stores, MCGM ordered the immediate closure of these stores. However, by May 23, MCGM allowed delivery of liquor to the home address of the customer. Even still, such stores inside malls were not allowed to deliver liquor to customers.

The petitioners made an oral representation before the excise department seeking their permission to commence home delivery of alcohol from their shop on the basis of the fact that their shop is akin to a stand-alone shop. After being refused, petitioners addressed a letter dated May 23 to the State Excise Department seeking a written clarification from them in this regard but to no avail.

Advocates Hiren Kamod and Prem Khullar appeared on behalf of the petitioner. Kamod submitted the lay out plan of CR2 mall, photographs of the entrance of the store and argued that the said shop, though forming part of the building CR-2 mall, is in fact, akin to an independent and standalone premise in as much as the entry and exit to the said shop is directly from the main road at Nariman Point.

In other words, in order to enter the petitioner's shop, one does not have to actually enter the CR2 Mall, as the entry and exit of the said shop is completely independent and separate and has nothing to do with the entry to the CR2 Mall. The Corporation and Excise Department have applied the guidelines to the petitioners' shop in a mechanical manner, without understanding the true import and intent of the same, Kamod said.

Additional Government Pleader Jyoti Chavan appeared for the State and its excise department. She submitted that the guidelines clarify that the aforesaid relaxation granted by the Corporation did not apply to shops situated in malls, market complexes and markets. She submitted that while the petitioners' shop has a separate entrance which is not through the mall and is situated on the main road, the sale deed and lay out plans in respect of the shop indicate that it is inside the CR2 Mall. Therefore, the petitioners are not entitled to the relaxations granted under the said guidelines, in respect of their said shop, Chavan argued.

Senior Advocate Anil Sakhare appeared on behalf of the Corporation and submitted that in public interest, only stand-alone liquor shops have been permitted by the Corporation to resume their business by home delivering the liquor to the addresses of permit- holders. A bare perusal of the guidelines issued by MCGM makes it clear that there is no question of permitting commercial activity in respect of non-essential services inside malls, Sakhare said.

After perusing through the pictures of the entry and exit of the said store submitted by the petitioners, Court said-

Moreover, the bench noted that the petitioner's shop does not fall in the Containment Zone and observed-

"We are not impressed by the hyper-technical interpretation provided by the Respondents to show that the Petitioners' Shop is inside the mall. The intent of the Guidelines issued by the State in not allowing the operation of businesses situated inside malls is to ensure that too many people do not gather in one place, where it would be difficult to follow the norms of social distancing.

We do not see how permitting the Petitioners to operate their business from their said Shop, which has a separate and independent entrance and exit and does not in any way rely on the entrance or exit gate of the CR2 Mall, thereby making it akin to a stand-alone shop, not fall within the relaxation given by the said Notifications/Guidelines."

Thus, Court allowed the petition and directed the State Excise Dept and MCGM to permit the petitioners to begin sale of liquor through home delivery as a standalone shop as per the guidelines.