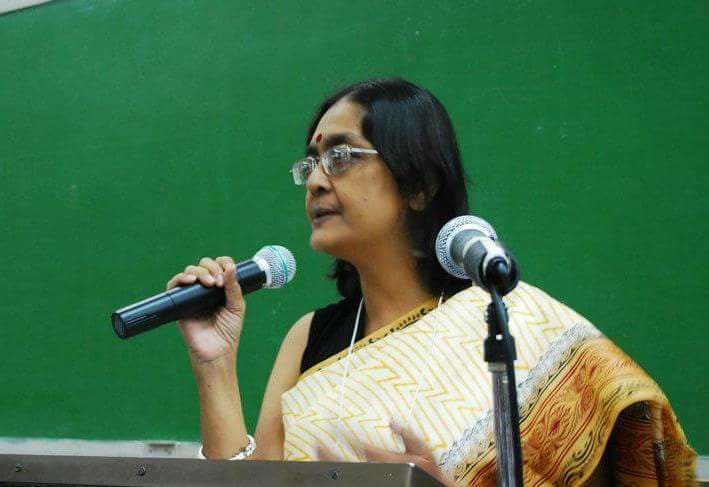 'Most unfortunate in such testing times to see a Retd Teacher left to fend for herself', the Court said.

The Bombay High Court last Friday directed Tukadoji Maharaj Nagpur University and the State Government to pay Rs.5 lakh each to former Head Of Post Graduate Department Of English at Nagpur University Professor (retired) Shoma Sen towards payment of gratuity, which was withheld after Sen's arrest in the Bhima Koregaon violence case in June 2018, a month before her retirement.

Although, the High Court had last month directed the University to pay Rs.5 lakh to Shoma Sen, instead of complying with the order, the University filed an application seeking permission to deposit the said sum with the Court registry and not Shoma Sen.

"We have also noticed from the pleadings that the University has dragged its feet in processing the pension papers. Such an allegation has come from the side of the State. It is most unfortunate that during these testing times, a retired teacher has been left to fend for herself without the respondents taking adequate care and interest to clear her dues."

The petitioner retired from service on July 31, 2018 upon attaining the age of superannuation of 60 years. On June 6, 2018, she was arrested and detained in custody for more than 48 hours in connection with investigation of an FIR that was registered, alleging that she had committed offences punishable under IPC as well as the Unlawful Activities (Prevention) Act, 1967.

In view of her continued detention beyond 48 hours, the petitioner was placed under suspension by an order dated June 15, 2018 issued by the Vice-Chancellor of the University with retrospective effect from the date of her arrest. For almost two years after her retirement, the petitioner was not paid her retiral dues.

University's counsel Arun Agrawal, while pressing the interim application, placed reliance on Rule 27 of the Maharashtra Civil Services (Pension) Rules, 1982 as well as the decision of the Supreme Court in Chairman-cum-Managing Director, Mahanadi Coalfields Limited v. Sri Rabindranath Choubey, to contend that the petitioner is neither entitled to payment of gratuity nor to release of pension having regard to commencement of departmental proceedings as well as judicial proceedings within the meaning of Rule 27 of the Rules.

Petitioner's counsel Advocate PD Meghe placed before the Court a decision of the Supreme Court in Municipal Corporation of Delhi v. Dharam Prakash Sharma and another, reported in 1998. The ratio of the decision is that gratuity provided for under the Pension Rules will not disentitle an employee from getting the payment of gratuity under the Payment of Gratuity Act.

Since as on date departmental proceedings have not been instituted against the petitioner by issuing charge-sheet, we hold that Mr. Agrawal's reliance on clause (a) of sub-rule (6) of Rule 27 is misplaced."

Finally, coming to the issue of non-payment of gratuity and other retiral benefits, Court said-

"We have also noted clause (c) of Rule 130 of the Rules prescribing that no gratuity shall be paid until conclusion of departmental or judicial proceedings and issue of final orders thereon. However, what is of vital importance is that as on 31st July, 2018, i.e., when the right to receive gratuity accrued in favour of the petitioner, there was no existence of judicial proceedings instituted against her.

In terms of Rule 129A of the Rules, if payment of gratuity is delayed beyond three months from the date of retirement, interest is required to be paid; therefore, at least within such period the gratuity should have been released. The University cannot be allowed to take advantage of its own lapse and contend that it is justified in not processing the papers for release of gratuity in favour of the petitioner having regard to the provision of Rule 27 of the Rules. The argument is rejected as misconceived."

When the bench enquired from Public Prosecutor Deepak Thakare and Advocate Arun Agarwal about the quantum of money the petitioner is entitled to on account of gratuity. They were unable to apprise the Court of such quantum for want of instructions. However, it was ascertained from Adv Meghe that the amount would be almost Rs.14 lakh.

"In the absence of proper assistance from the side of the respondents, we have no option at this stage but to accept the statement of Mr. Meghe as correct."

Thus, Court dismissed the civil interim application filed by the University seeking permission to deposit Rs.5 lakh with the Registry of the High Court as well as to modify the order dated August 13, 2020. The bench noted that the application is absolutely without merit and directed the University to make over the sum of Rs.5 lakh in favour of the petitioner within a week. Court clarified that since the petitioner is in custody, the sum may be transferred to her bank account by NEFT.

"Since the petitioner could be entitled to much more on account of gratuity and also that she is at least entitled to provisional pension in terms of sub-rule (4) of Rule 27 of the Rules and has not been paid a farthing since her retirement, we direct the State to release in favour of the petitioner an additional sum of Rs.5,00,000/-, on adhoc basis, within a period of thirty days."

"We grant the State two months' time to process the papers to ensure that the petitioner receives her dues without undue delay. Let the affidavits-in-reply to the writ petition be filed within four weeks; rejoinder thereto, if any, may be filed by the petitioner within two weeks thereafter. The writ petition may be listed for hearing after eight weeks."