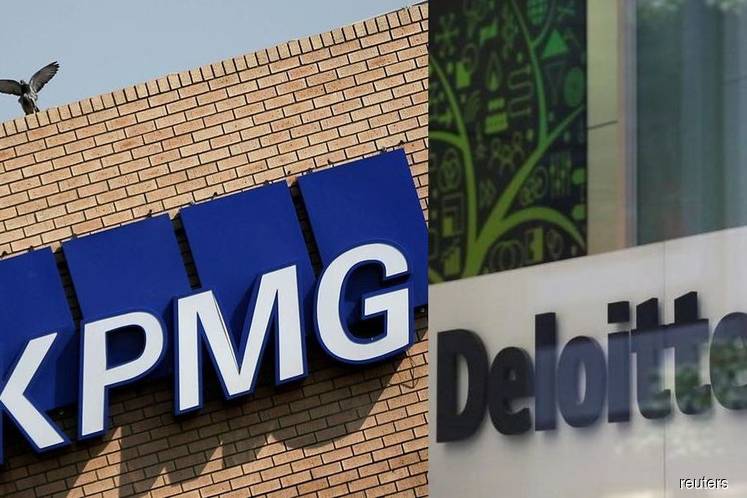 In a huge relief to Deloitte and KPMG's arm BSR Associates, the Bombay High Court has dismissed a plea filed by the Ministry of Corporate Affairs (MCA) seeking a five year ban on the two auditors for alleged violation of accounting standards while working for the debt ridden IL&FS Financial Services (IFIN).

Chief Justice BP Dharmadhikari and Justice NR Borkar quashed and set aside proceedings initiated by the Serious Fraud Investigation Office against the auditors after directions by MCA. Court noted that directions issued by MCA under Section 212(14) of the Companies Act, 2013 dated May 29, 2019 issued to the SFIO is unsustainable.

Previously, on September 5, 2019, the High Court had granted interim stay on MCA's proceedings before NCLT seeking a five year ban on the auditors.

Deloitte was the sole auditor of IFIN for 10 years, between 2007 to 2017. From the financial year 2017-18, BSR was appointed as a joint statutory auditor of IFIN along with Deloitte.

On September 30, 2018, the Ministry of Corporate Affairs directed SFIO to initiate investigation into IL&FS and its subsidiaries. In May 2019, IFIN issued a notice to BSR under S.140(1) of the Companies Act for their removal as auditors. Subsequently, on May 24, 2018, BSR filed its reply and on May 28, SFIO placed its report before MCA.

Finally, MCA moved NCLT seeking BSR's removal as IFIN's statutory auditor and a ban on the accounting firm for five years. In June, BSR resigned as the statutory auditor. Thereafter, BSR filed an application before NCLT challenging the maintainability of the company petition filed by MCA.

On August 9, 2019 BSR's application was dismissed by NCLT, which held that MCA's petition was maintainable. BSR Associates, Deloitte Haskins & Sells and others moved High Court against MCA's action.

Khambatta argued that the SFIO who was conducting enquiry of IFIN submitted a second interim report in terms of section 212 (14) and on that basis section 447 of Companies Act has been invoked by MCA. This second interim report dated May 28, 2019 runs into 32732 pages out of which 732 pages is actual report while the remaining 32000 pages are relevant annexures. This huge report has been looked into by two officers one after the other in the period of less than thirty hours and the next day on May 29, prosecution has been ordered against BSR. Perusal of such a bulky report and its appreciation could not have been over in such a short time, thus Khambatta submitted that this has been done with undue haste.

In addition to the above, Navroz Seervai submitted that removal of any company auditor results in irrevocable and irreparable damage to his reputation. In support he relied upon the Supreme Court's decision in Institute of Chartered Accountants Of India vs. L.K. Ratna & Others(1986). The consequences resulting from said removal are very drastic for the company auditor, his firm and also for his family, Seervai said.

The jurisdictional fact that company auditors to be substituted must be "in office" has been lost sight of. When the Apex Court refused to intervene in MCA's SLP, prayers made by MCA could not have been entertained in the very same matter before NCLT, Seervai contended.

Janak Dwarkadas contended that the debarment under section 140(5) cannot be seen as interim or protem measure because there is no power to pass final orders in relation to it in the scheme of section 140. The auditor needs to be removed by the company while debarment as the punishment is to be imposed by some other authority, he added.

Whereas Aspi Chinoy argued that it is a mere hypothetical contention that the SFIO's interim report could not have been looked into within 30 hours, it is liable to be rejected and MCA's order dated May 29 does not disclose any non-application of mind.

Moreover, resignation of auditors against whom proceedings are initiated under section 140(5) is out of question since law does not permit company auditors to resign at their free will and they have to complete certain formalities. Law can not countenance such a paradoxical situation, Chinoy submitted.

Court referred to the Supreme Court's decision in KK Mishra vs. State of Madhya Pradesh, in order to examine the argument that there was non-application of mind on part of MCA in issuing directions to lodge prosecution against the auditors.

Referring to the said interim report, the bench observed-

"Admittedly, the report does not project itself as an interim report under S. 212(11) and the Central Government has not supplied to petitioners the communication with reference to which it was filed by SFIO. It is difficult to presume that office of SFIO would on its own, file any report of incomplete investigation. Alleged processing note prepared by somebody to facilitate its consideration are also not given to the petitioners despite demand. Petitioners therefore have rightly argued & asked this Court to draw adverse inference against the respondent no. 1.

It is humanly impossible to read & appreciate such a large report of the SFIO, apply mind & give the appropriate directions within 30 hours. UOI claims that two officers independently & separately read all these papers running into about 756 + 32,000 pages and applied mind to it within 30 hours. Assistance of a processing note prepared for that purpose was also taken. In absence of such processing note & the responsible affidavit of the concerned competent person/s, it is difficult to accept this submission."

Thus, Court set aside MCA's direction to SFIO and the consequent prosecution lodged by SFIO as not maintainable. MCA's petition before NCLT seeking a ban on the auditors was held not tenable. All the petitions were partly allowed.