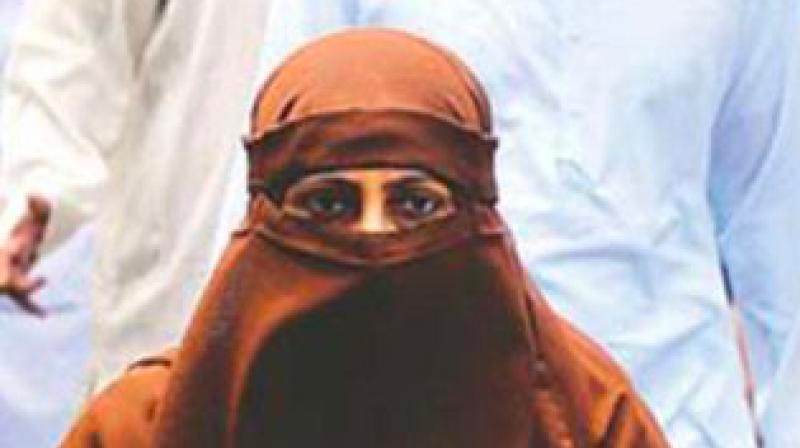 A vacation bench of Bombay High Court consisting of Justice S.S. Shinde and Justice Abhay Ahuja on Thursday (31.12.2020) granted parole to Rubina Suleman Memon, a 1993 Mumbai serial blast convict in a writ petition seeking the grant of parole leave for attending her daughter's marriage on 08.01.2021. Rubina Memon who is also the sister in law of Tiger Memon, one of the...

A vacation bench of Bombay High Court consisting of Justice S.S. Shinde and Justice Abhay Ahuja on Thursday (31.12.2020) granted parole to Rubina Suleman Memon, a 1993 Mumbai serial blast convict in a writ petition seeking the grant of parole leave for attending her daughter's marriage on 08.01.2021.

Rubina Memon who is also the sister in law of Tiger Memon, one of the primary conspirators of the 1993 blasts was convicted to life imprisonment and is undergoing the sentence in Yerwada Central Prison (Ladies Wing) after she was convicted by a TADA Court under Sec. 120B of IPC and Sec. 3(3) of TADA (P) Act, 1987. The 1993 Bombay blasts (13 blasts in total) were conducted on 12th March 1993 which covered the city in bloodshed by claiming the life of over 200 people dead and around 1400 were injured. The masterminds of the blasts included Yakum Memon and Tiger Memon. Yakub Memon was hanged till death in 2015.

BACKGROUND OF THE PLEA

An application was filed by Rubina Suleman Memon on 8th October 2020 seeking the grant of parole leave for the same reason i.e. her daughter's marriage. However, no development was made with regards to the said application. A mail was circulated from the office of Divisional Commissioner on 22nd December 2020 wherein it was stated that the DIG will be dealing with the application for parole leave. Aggrieved by this, the petitioner had approached the High Court.

Adv. Farhana Shah, appearing on behalf of the petitioner had argued that she had made several phone calls to the Yerwada Central Prison authorities on 11th November 2020 inquiring about the parole application status to which she was informed that a report is awaited from the Mahim Police Station and it is only after the receiving of the report that the application of parole leave will be granted.

PROCEEDINGS AND ORDER OF THE BENCH

The Public Prosecutor for the State had submitted a report on 28th December 2020 allowing the petitioner to be granted a two day parole leave for attending her daughter's marriage subject to the payment of Police Bandobast Charges prior to the release. To this, the Court had ordered that the matter will be listed on the 31st of December 2020.

Adv. Farhana Shah submitted that at least a 7 day leave should be granted to the petitioner in the view of attending various marriage related functions. It was also submitted that the petitioner had already undergone imprisonment of more than 13 years in Yerwada Prison and had never been released on parole till date.

The Bench asked the Public Prosecutor for the State on the conduct of the petitioner from her period in the Central Jail to which it was stated that the conduct was satisfactory. A police report was also submitted to the Bench on petitioner's conduct.

To this, the Bench while granting a 6 day parole leave to the petitioner ordered that "Considering the aforesaid circumstances and keeping in mind the human rights of the daughter, we are inclined to entertain the Petition. We accordingly direct Respondent No. 4 viz. the Superintendent of Prison, Yerwada Central Prison, Pune to release the Petitioner viz. Smt. Rubina Suleman Memon with Police Bandobast on parole leave from 6th January 2021 to 11th January 2021 (inclusive of both days) to attend the marriage related functions of her daughter subject to a deposit of Rs. 1,00,000/- with the Police Headquarter, Pune by 5th of January, 2021. The Petitioner is directed to report back to Respondent No. 4 by 12th January, 2021."