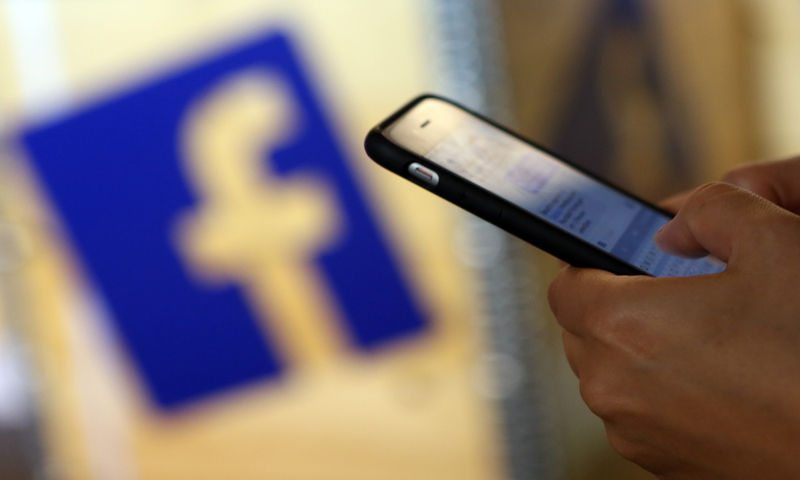 x
The Court asked the accused to pay Rupees 20,000 to Police Welfare Fund while quashing the FIR.

The Nagpur Bench of Bombay High Court has quashed an FIR registered against a person for allegedly hurting the sentiments of Muslim Community by sharing and circulating a Facebook post. The Facebook post shared by a resident of Gadchandur pertains to a comment made by a third person about former Nationalist Congress Party (NCP) MP Tarik Anwar leaving the party. The said comment was made...

The Nagpur Bench of Bombay High Court has quashed an FIR registered against a person for allegedly hurting the sentiments of Muslim Community by sharing and circulating a Facebook post.

The Facebook post shared by a resident of Gadchandur pertains to a comment made by a third person about former Nationalist Congress Party (NCP) MP Tarik Anwar leaving the party. The said comment was made in the backdrop of recent political developments involving former Maharashtra CM Sharad Pawar and Prime Minister Narendra Modi as well as the religion of Tarik Anwar.

While quashing the FIR, Justices A.S. Chandurkar and G.A. Sanap held that prima facie, the controversial Facebook post was 'singularly addressed to Tarik Anwar being a Muslim and it was clearly not attributed to Muslim Community at large'.

Respondent No.2, who is also a resident of the applicant's locality, received the Facebook post shared by the latter in 2018. The respondent resident was of the conviction that forwarding and circulating the said post hurt the sentiments of the Muslim community. Thereafter, an FIR was registered based on the report lodged by him for offences under Section 505(2) of IPC [Statements creating or promoting enmity, hatred or ill-will between classes] and Section 67 of Information Technology Act [publishing or transmitting obscene material in electronic form].

While examining the said allegations against the applicant accused, the court observed that the constituent requirements of either of the provisions have not been made out. Relying on Bilal Ahmed Kaloo v. State of Andra Pradesh (1997), the court observed that to attract the provisions of Section 505 (2) of the I. P. C., comparison between two communities must be involved and the intention of the accused to promote enmity was not proved. Additionally, the applicant accused was not the author of the contentious post and the post was already available in the public domain.

"The so-called statement alleged to have been attributed to the Muslim community at large cannot be made out from this post. In order to involve a community, the communication in issue on perusal must clearly indicate the plurality. In this case the aspect of plurality involving entire Muslim community is totally missing. The perusal of the Facebook post would show that while attributing a particular act to one Tarik Anwar in the context of remaining two persons mentioned in the Facebook post the reference of 'Muslim' was singularly co-related with Tarik Anwar..."

Stating that the continuation of prosecution will be an abuse of process of law, the court also noted that upon an analysis of the Facebook post, it becomes clear that the post doesn't contain material that could be termed as 'rumour or alarming news' as mandated in Section 505(2).

Since the offence under Section 505(2) is non-compoundable, the court referred to Kameshwar Himta v. State of Himachal Pradesh and Anr (2021) and ruled that the facts of the case are completely within the parameters laid down in the judgment of Himachal Pradesh High Court about invoking Section 482 Cr.P.C.

"The law laid down as above on the basis of the judgments of the Hon'ble Supreme Court if applied to the facts of this case it would be clear that the offence alleged to have been committed by the applicant does not involve offences of moral turpitude or any grave or heinous crime. The act alleged to have been committed in our view would fit in the parameters laid down in this judgment. In our view, therefore, the prayer made for quashing the FIR cannot be rejected", the court noted.

The court also noted that Section 67 of the IT Act is not applicable to the nature of alleged act committed by the applicant accused. Agreeing with the applicant counsel, the court noted that he would fall under the categories (1) and (3) propounded in State of Haryana and Ors. v. Ch. Bhajan Lal Ors. (1992). For the sake of convenience, categories (1) and (3) are as follows:

About the intention of the accused, the court notes that both respondent no. 2 and the accused resides in the same locality. After the post was shared with the respondent, the accused later clarified that he didn't intend to hurt the sentiment of the former. He also tendered an apology after affirming that he had forwarded the Facebook post without seeing the relevant part. Since the respondent also concurred with the fact that he has tendered an apology and the respondent wishes to continue their relations and live in peace and harmony in the same locality, the dispute has reached its end through a compromise.

Even though the FIR registered in Gadchandur Police Station was quashed and set aside, the court directed the applicant accused to pay a sum of Rs 20,000/- to be deposited in the Police Welfare Fund within two weeks since the police machinery has dedicated a considerable time on this case. The court observed that the same was a result of the unmindful and unwarranted act of the accused whereby he forwarded and circulated the Facebook post in 2018 without paying attention to the factual situation.

"The report was lodged on 01.10.2018. The investigating officer has placed reliance on the case diary placed on record. It indicates that on account of this unwarranted act and exercise on the part of the applicant the police machinery has been made to spend its time. In the ordinary course of nature the applicant ought to have given thought to thefactual situation before forwarding and circulating the Facebook post. In our view repentance for the act committed, after two years could not be said to be aspect reflecting upon the bonafides of person. In our view, in order to take care of this situation which has been created due to the unmindful act on the part of the applicant it would be necessary to compensate the respondent No.1. We,therefore, deem it appropriate to direct the applicant to pay a reasonable compensation to the respondent No.1. In the facts,circumstances and particularly for valuable time spend for this investigation by the police machinery, in our view interest of justice would be met if the applicant is directed to pay compensation ofRs.20,000/- to the respondent No.1"