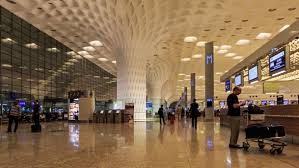 In a huge relief to developers of plots around Mumbai International Airport, the Bombay High Court on Friday quashed and set aside a decision taken by Appellate Committee of the Airports Authority of India (AAI) to adopt the criterion laid out in the Civil Aviation Ministry's Draft Rules, 2018 for clearing projects for maximum permissible height.

Division bench of Justice SJ Kathawalla and Justice BP Colabawalla allowed writ petitions filed by Kalpataru Ltd, United Industrial House Premises Co-op Society and Klassic Homes Pvt Ltd, all three are developing plots in the vicinity of Mumbai International Airport. Court concluded that the Appellate Committee could not have implemented or given effect to Draft 2018 Rules since the 2015 Rules are still in place.

It was submitted on behalf of the petitioners that the 2015 Rules are subordinate legislation and cannot be overridden by the executive decision of April 23, 2019 of the Appellate Committee. Under the Aircrafts Act, 1934, there is a process to be followed for Draft Rules to be notified as the final rules, which process has not been completed in respect of the Draft 2018 Rules. Therefore, any decision of the Appellate Committee seeking to implement the Draft 2018 Rules and the NOC's based on that decision and the Draft 2018 Rules are in contravention of the 2015 Rules and would be illegal and arbitrary, Senior Advocate Virag Tulzapurkar argued.

Whereas, Additional Solicitor General of India Anil Singh appeared for Airport Authority of India opposed the petitions and contended that they are not maintainable as the petitioners have an alternative remedy available to challenge the impugned NOC's granting a height or top elevation lesser than what they had claimed by preferring an appeal to the Appellate Committee.

He then submitted that the reason for the Committee to adopt and implement 2018 Draft Rules was the congestion and density faced by the Mumbai International Airport and to ensure that higher standards of safety are maintained.

"We have considered the facts, statutory provisions, submissions of the parties and the case law relied upon by the Advocates for the Petitioners. We are of the opinion that there is no merit in the preliminary objection of alternative remedy alleged to be available to the Petitioners. The frst challenge in all of the Writ Petitions is to the Appellate Committee decision of 23rd April 2019 on the ground that it is entirely without authority or jurisdiction and ultra vires the Act and the 2015 Rules."

As for the decision to implement the Draft 2018 Rules, the bench noted -

"At the time when the Appellate Committee took its decision on 23rd April 2019 and also when the Petitioners made their applications for grant of NOC under Rule 5 of the 2015 Rules, admittedly it was only the 2015 Rules that were in force. The 2015 Rules continue to remain in force to date. All applications would therefore have to be considered only in accordance with the 2015 Rules."

Thus, the appellate committee's decision to adopt the standard for maximum height clearance as stipulated in the Draft 2018 Rules for Delhi and Mumbai airports, was quashed and set aside.