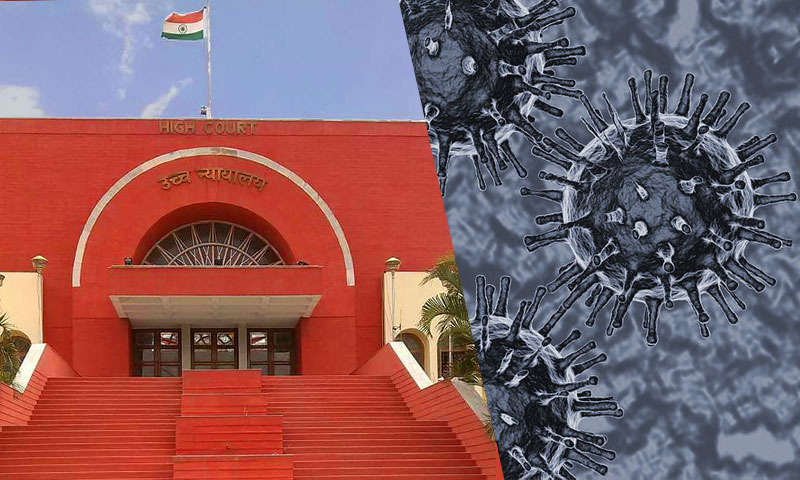 Dealing with a weird situation where ministers are repeatedly flouting lock-down norms and making farce appeals to people not to participate in their functions, the Bombay High Court (Aurangabad Bench) directed politicians to follow the State's "Break the Chain" circular, which bans any political gathering.The Court has issued an order barring political gatherings, functions, agitations...

Dealing with a weird situation where ministers are repeatedly flouting lock-down norms and making farce appeals to people not to participate in their functions, the Bombay High Court (Aurangabad Bench) directed politicians to follow the State's "Break the Chain" circular, which bans any political gathering.

The Court has issued an order barring political gatherings, functions, agitations and morchas when lockdown restrictions are in force.

"We are, therefore, compelled by the circumstances created by the Hon'ble people's representatives, to direct that these respected representatives of the citizens should not conduct physical ceremonies and functions like those which are mentioned in clause 10 and published in the newspapers, viz. inauguration of any constituency development program, bhoomipujan, felicitations, etc", the Court ordered.

He further showed reports of MLAs and MPs pressurizing police officers to permit liquor shops to be kept open despite restrictions.

The bench said that it was "pained" to see Minister Bhumer holding a function with physical gathering during the pandemic situation.

"We are also pained to note that, an Hon'ble Minister Shri. Sandipan Bhumre(Cabinet Minister for EGS and Horticulture), Government of Maharashtra, has physically held ceremonies in his constituency. The newspaper also states that the Hon'ble Minister has violated diktats of the Hon'ble Chief Minister of Maharashtra, who has pleaded to his own Ministers not to hold ceremonies and functions, physically", the High Court said.

"When the Hon'ble Chief Minister has been working untiringly and has appealed to the entire State to maintain physical distancing, would his appeal not bind the Hon'ble Ministers. Would heavens fall if such programs are postponed…?" a division bench of Justices Ravindra Ghuge and BU Debadwar observed while hearing its suo motu PIL on Covid-19 management in the Marathwada region of Maharashtra.

They added, "The question that arises is, why did the Hon'ble Minister hold several functions by his physical attendance? Do we not realise that the citizens of our country gather in large numbers when people's representatives make a physical presence for an inauguration ceremony or a bhumipujan ceremony?

The court then asked if politicians are above the law and lock-down restrictions are only for the commoner to follow.

During the hearing, Advocate Yuvraj Kakade for an intervenor further cited the FIR registered against several people on May 9, after the minister's gathering. The FIR does not name the minister.

The bench observed that Assistant Police Inspector - Ganesh Shivajirao Surwase has shrewdly mentioned in the FIR that villagers had gathered for the ceremony despite the appeals from the minister against crowding.

"We are surprised that the voters of an Hon'ble Minister in his own Paithan constituency do not listen to him and are not willing to follow the lock-down restrictions," the court said.

Gramsevak Vishal Wankhede, prima facie record the FIR, to give a clean chit to the Hon'ble Minister, the bench observed.

"We would refrain from drawing any conclusions on this aspect, though we cannot turn a blind eye to the fact that the Hon'ble Minister gave his consent for these programmes and has physically attended these programmes," the court said.

The court recorded the 'Break the Chain' order issued by Government of Maharashtra, Department of Revenue and Forest, Disaster Management, Relief and Rehabilitation, Mantralaya, Mumbai from April 13, last month.

"And if the Hon'ble Politicians are refusing to support the lock-down restrictions, the only solution would, therefore, be that, such functions should not be held in any form in the light of clause 10, until the lock-down restriction are eased by the Government of Maharashtra. Even agitations and morchas are prohibited. We order accordingly," the bench observed.

[The Registrar (Judicial) vs Union of India]