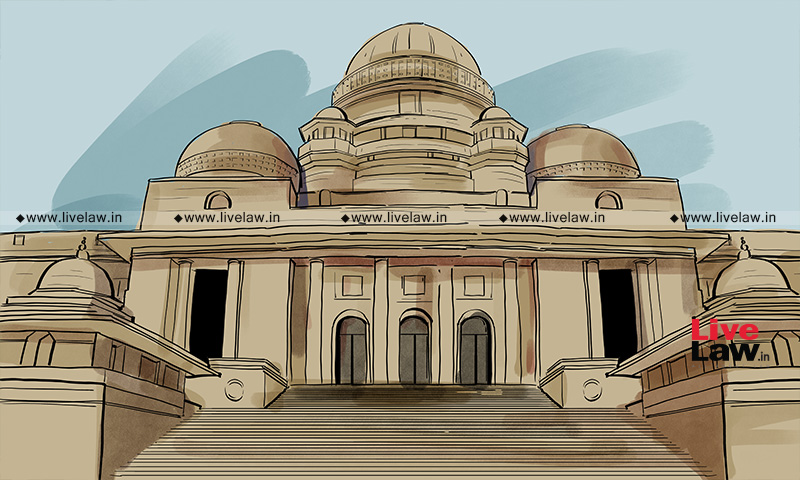 The Bombay High Court bench of Justices A.S. Chandurkar and G.A. Sanap recently held that an employee who is entitled under the applicable laws to withdraw his offer of voluntary retirement before the intended date of such voluntary retirement, loses his right to do so by accepting the retirement benefits.The petitioner, who was serving as 'Assistant Manager' with the erstwhile...

The petitioner, who was serving as 'Assistant Manager' with the erstwhile Corporation Bank which has now merged with Union Bank of India (the Bank), had challenged the communication dated 15.05.2020 issued to him by the Bank by virtue of which he was informed that his services were relieved on 14.09.2017 under the Voluntary Retirement Scheme and in accordance with the Corporation Bank (Employees') Pension Regulations, 1995 (the Pension Regulations, 1995).

Consequently, the petitioner prayed that his applications dated 13.09.2017 and 12.03.2020 be accepted and he be permitted to withdraw his notice of resignation/ voluntary retirement. The petitioner further prayed for his reinstatement in service with continuity and full back wages.

The first question was answered in the affirmative. Considering the provisions of the Pension Regulations and especially Clause 29(4) thereof coupled with the legal position settled by various precedents, the Court held that it was open for the petitioner to make a request for withdrawing his notice of voluntary retirement prior to the intended date of retirement, notwithstanding the fact that such request was accepted by the Bank.

Regulation 29 (4) of the Pension Regulations, 1995 reads as under: "An employee, who has elected to retire under this regulation and has given necessary notice to that effect to the appointing authority, shall be precluded from withdrawing his notice except with the specific approval of such authority. Provided that the request for such withdrawal shall be made before the intended date of his retirement."

The court observed that an employee who has given notice to retire under the Regulation can withdraw such notice subject to approval of the Appointing Authority provided such request for withdrawal is made before the intended date of the retirement.

Reliance was placed on Power Finance Corporation Limited vs. Promodkumar Bhatia (1997) SCC 280 the Supreme Court has held in clear terms that as long as the employee is not relieved of his duties on acceptance of the offer of voluntary retirement or resignation, the jural relationship of employee and the employer does not come to an end.

The Court further took note of Shambhu Murari Sinha vs. Project and Development India Ltd. and another (2002) 3 SCC 437 where this position has been reiterated by stating that even after acceptance of the application for voluntary retirement given by an employee, he continues to have locus poenitentiae to withdraw his notice for voluntary retirement.

In response to the second question, the court referred to the decision of the Supreme Court in Balram Gupta vs. Union of India AIR 1987 SC 2354. While considering the validity of Rule 48(4) of the Central Civil Services (Pension) Rules, 1972 which is somewhat similar to Regulation 29(4) it was held that the approving authority must act reasonably and rationally while considering the request for withdrawing the notice of voluntary retirement. Approval is not the ipse dixit of the approving authority.

This decision has been relied in Arun Shankarrao Deshpande vs. District and Sessions Judge, Akola 1993 Mh.L.J. 1642 where the validity of similarly worded Rule 66(5) of the Maharashtra Civil Services (Pension) Rules, 1982 was challenged. It was held that the appointing authority is required to give good and valid reasons for not granting approval to the withdrawal of notice of retirement.

"The petitioner cannot be prejudiced for the failure of the Appointing Authority to consider his request for withdrawing his notice of voluntary retirement. This aspect enures to the benefit of the petitioner and the second question is answered accordingly," it said.

The court then proceeded to consider whether the petitioner is entitled to for the relief of reinstatement having accepted monetary benefits flowing from his voluntary retirement.

It noted that on the day the petitioner was relieved from service, he submitted an application for commutation of pension. Accordingly, he is presently receiving monthly pension of Rs.38,450/-, has received gratuity amount of Rs.10,00,000/- and his provident fund dues are also sought to be settled.

The court noted that for a period of more than three years the petitioner has received and is receiving his retirement benefits despite which he has sought to challenge the non-consideration of his request to withdraw his application seeking permission to voluntarily retire from service.

"We find that the petitioner's conduct of receiving various service benefits from 14.09.2017 disentitle him to the relief of reinstatement with continuity of service as prayed by him. The petitioner cannot be permitted to take inconsistent positions at the same time, one by seeking to withdraw his notice of voluntary retirement before the intended date of such voluntary retirement and on the other hand continue to receive the retirement benefits," the Court said.

Reliance was placed on Punjab National Bank vs. Virenderkumar Goel (2004) 2 SCC 193. In this case an employee of the bank had applied for voluntary retirement on 17.11.2000 under the scheme that was in operation from 01.11.2000 to 30.11.2000. On 27.11.2000 the employee submitted an application for withdrawal of his application dated 17.11.2000. The bank accepted the request of the employee after the period of the scheme had expired and on that date relieved the employee. Considering the aforesaid aspects, it was held that the employee was aware that certain amounts were deposited in his account towards part benefit under the Voluntary Retirement Scheme. Despite having knowledge that the request for voluntary retirement had been accepted after the scheme had expired, the employee had withdrawn the amounts deposited and had utilized the same. In that context, it was observed that the employee having accepted the benefit under the scheme by withdrawing the amounts deposited and utilizing the same, he would not be permitted to approbate and reprobate.

Accordingly, the court held that though the petitioner was entitled to withdraw his offer of voluntary retirement before the intended date of such voluntary retirement, accepting various retirement benefits for a period of more than three years disentitles him to grant of any relief under Article 226 of the Constitution of India.