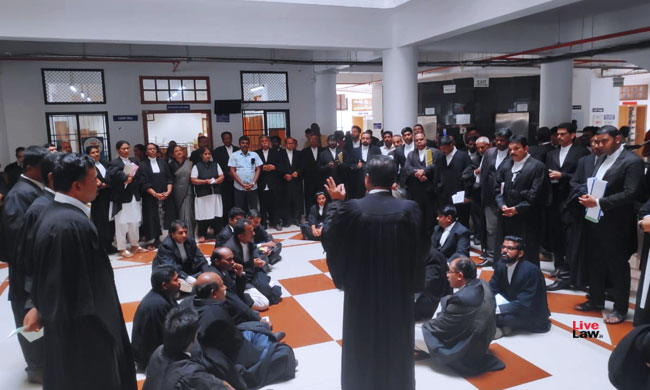 Dismissing a contempt petition filed against a Junior Counsel for alleged non-compliance of the high court orders, the Delhi High Court frowned upon "browbeating" of Junior Counsels.

Seeking compliance of the orders passed by the high court in September and December, 2019, in connection to a case for determining validity of certain Powers of Attorney, the Petitioner had arrayed a Junior Counsel as one of the contemnors, stating that she bore the "onus" of ensuring compliance.

The Single Judge Bench of Justice Prathiba M Singh noted that the Petitioner had also sent multiple e-mails to the counsel, regarding the issue of compliance. Condemning the same, she said,

"The remedy for alleged non-compliance of orders, if any, is to approach this Court rather than to address such e-mails to the counsels for the opposing side and make allegations against them."

The court further noted that the language used by the Petitioner in her application for contempt was very derogatory.

As per the petitioner, the Junior Counsel did "not even bother to reply to any of these 5 e-mails" and at one occasion "had the audacity to inform the Counsel appearing for the applicant that there is no intention whatsoever" to file the original Powers-of-Attorney since there was no such order to this effect from the Court.

"making of such allegations and using of language such as "audacity of the counsel" is not appreciated by this Court. Such language crosses the boundaries of legal pleadings especially against counsels who act in their professional capacity."

On a perusal of the records of the original case, the court observed that the issue of legality and validity of the Powers of Attorneys had to be adjudicated in the main case. Thus, it remarked that making allegations against a Junior Counsel, that too in absence of a concrete case, was "completely uncalled for and in bad taste".

"The same would in effect result in `browbeating' Junior Counsel which is impermissible… leveling allegations and writing of repeated e-mails, in a manner so as to create a threat to junior counsel, cannot be permitted."