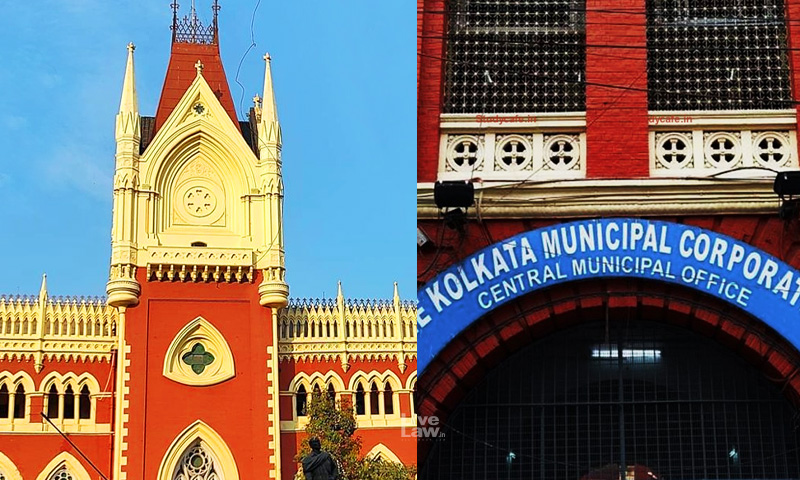 The Calcutta High Court on Thursday declined a plea moved by the Bharathiya Janata Party (BJP) seeking deployment of Central Forces for the upcoming Kolkata Municipal Elections. The Kolkata Municipal Corporation election is scheduled to be held on December 19.

The Supreme Court on Monday had refused to entertain such a plea by the BJP seeking deployment of Central Forces for the Kolkata Municipal Elections, by asking the party to approach the Calcutta High Court for such a relief. "We cannot take decisions with respect to the requirement of Central force. High Court will be in a better position to know the situation", the bench comprising Justices L Nagesara Rao and BR Gavai of the Supreme Court had told Senior Advocate Maninder Singh, who was appearing for the BJP.

"This Court is, therefore, of the view that the assurances of the learned Advocate General, are sufficient in the light of the views of the State Election Commission. Since the State Election Commission does not see the requirement of deployment of Central Forces, this Court is not inclined to accede to the prayer of the petitioner on that score."

The petitioners who are contesting candidates in the upcoming Kolkata Municipal elections had contended before the Court that they had addressed complaints to the Commissioner of Police, Kolkata on November 30 and December 1, 2021. However, it was argued that their complaints were not responded to. Furthermore, the petitioners had also made representations to the State Election Commission and the Governor which were also placed on record. Thereafter, the instant plea had been filed.

Opining on the complaints lodged by the contesting candidates, the Court remarked,

"This Court notices that three of the complaints are in the same text mechanically reproduced."

The Court noted on Thursday that a communication from the Commissioner indicates that one police constable duly armed have been provided to each of the four petitioners.

"Having heard the Counsels appearing on behalf of the respective parties, this Court is of the view that the Commissioner of Police has taken steps. Security has been provided to the four petitioners. Additional and further security, if necessary, shall also be provided by the Commissioner of Police, Kolkata after reviewing the four cases before the day of Election", the Court further opined.

Furthermore, the Court directed that the Commissioner shall forthwith attend to any other complaints from other complainants and based on the threat perception ensure that appropriate security measures are undertaken. All steps must be taken to facilitate exercise of franchise by citizens and free, fair and peaceful Elections are held, the Court underscored further.

Justice Mantha also took on record a report filed by the advocate Ratnanko Banerji appearing on behalf of the State Election Commission wherein it was stated that the Commission had held a meeting on November 13, 2021 with the Chief Secretary, ACS Home, DGP and ADG (LW) to discuss security arrangements for the upcoming elections. Furthermore, the Commissioner had addressed a letter to the Chief Secretary to ensure that adequate security arrangements are undertaken so as to ensure a free and fair election.

"The steps taken and the views of the State Election Commission as set out herreinabove are clear and explicit. There is no need for Central Forces in the Elections to the Kolkata Municipal Corporation to be held on Sunday"

During the proceedings, senior advocate S. K. Kapur appearing for the BJP submitted before the Court that the complaints of the petitioners are more than a mere apprehension considering the violence that had erupted during the last State Assembly elections that took place in May 2021. He further submitted that the petitioners have no faith in the State machinery to provide adequate security arrangements to them. Reliance was also placed on the Supreme Court judgment in All India Trinamool Congress v. State of Tripura wherein the Apex Court had directed for the deployment of Central Armed Police Force(CAPF) personnel during the local body elections in Tripura in view of the alleged widespread acts of violence.

However, Justice Mantha opined that the Supreme Court judgment in All India Trinamool Congress v. State of Tripura would not be applicable in the instant case and accordingly remarked,

"The facts situation in which the Hon'ble Supreme Court had passed detailed directions for security and other measures in the Tripura decision (supra) are not available here."

On the other hand, Advocate General S.N Mookerjee submitted that all the complaints had been attended to and that the State government had held a meeting with the State Election Commission to ensure that the upcoming elections are free of violence.

A Bench comprising Chief Justice Prakash Shrivastava and Justice Rajarshi Bhardwaj on Wednesday had refused to stay the upcoming Kolkata Municipal Corporation Elections pursuant to the plea moved by BJP Sate vice-president Pratap Banerjee seeking direction to the West Bengal government and the State Election Commission (SEC) to hold municipal polls in the State in one phase. The Division Bench had also directed the State government and the State Election Commission to disclose to the Court the tentative time schedule and the minimum phases required for holding elections to the remaining municipal bodies.

Furthermore, the Division Bench on Tuesday had directed the West Bengal State Election Commission to install close circuit television (CCTV) cameras in all the main and auxiliary polling booths as also in strong room where EVMs will be kept during the upcoming Kolkata Municipal Corporation Election.