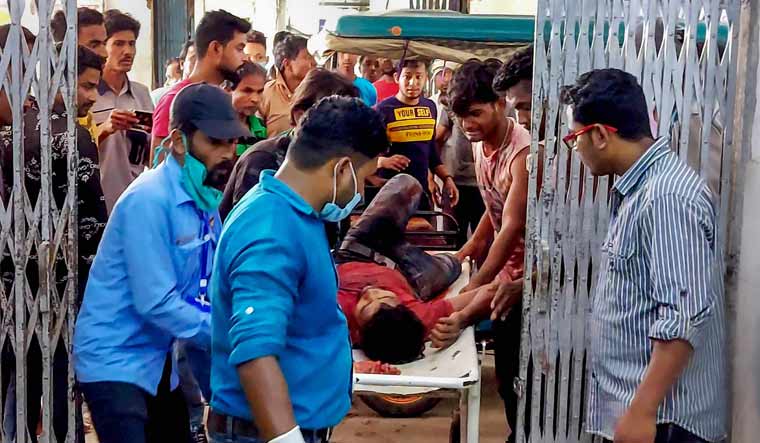 The Bench of Chief Justice Chief Justice Thottathil Radhakrishnan and Justice Arijit Banerjee was dealing with the plea instituted touching upon incidents that have resulted in the death of four persons.

The allegations in the plea are that the incident was the result of police firing in the course of electioneering.

It was also submitted that both those FIRs have been proceeded with for investigation and now investigation was being carried on by the CID of the State of West Bengal.

Noting the submissions, the Court said,

"We expect a statement to be placed on record by the CID as to the progress of the investigation by the next date of hearing."

Lastly, the matter was posted for further hearing on May 05.

As reported in the media, four villagers of Jor Patki village in Sitalkuchi were killed in the firing of the central forces in West Bengal and one person was killed by some unknown miscreants while coming out after casting vote.

The CISF personnel had opened fire after they allegedly came under attack from a group of villagers at 126/5 in Jorpatki in Sitalkuchi Assembly constituency where polling was underway for the fourth phase of West Bengal election 2021 on April 10.

The Election Commission has already given a clean chit to the CISF for opening fire in Sitalkurchi Assembly constituency in Cooch Behar, saying that opening fire "became necessary to save the lives of the voters" and it was made in "self-defense".

Further, the Commission had also canceled the voting at the polling station after the incident and imposed a ban on entry of politicians into Cooch Behar for 72 hours apprehending trouble.