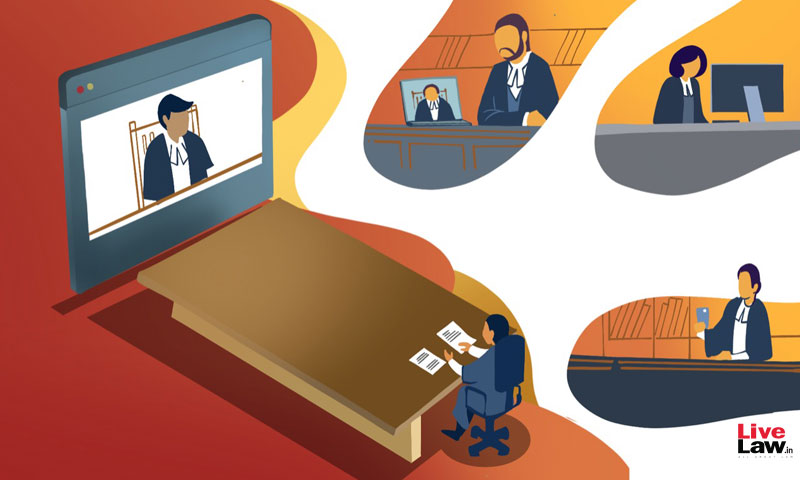 The Delhi High Court on Friday has issued a direction to advocates to close meeting windows which they might have opened before the hearing to avoid any technical glitches during virtual hearings. This direction was passed by a Single Judge Bench Justice Pratibha M Singh for ensuring effective virtual hearing by preventing the Advocates from being locked out and allowing them to join the hearing when it starts.

The order was passed in consequence of the technical issues faced by the Respondents' counsel in the case of Jasdan Energy Private Limited v Inox Wind Limited & Another.

A petition seeking extension of time was filed under Section 29A of the Arbitration Act, 1996 and the same was disposed of by the Court. However, the respondents' counsel was unable to log in due to some technical glitch. The counsel contacted the Court Master for the same but thereafter an order was uploaded. Learned counsel sent a communication to the Court and then the Court sought a report from the IT Department.

The IT Department concluded that the Respondents' counsel tried to join the meeting before the scheduled time. It also clarified and guided as to what a counsel should keep in mind to avoid such glitches.

The Court believes that appearance of a counsel is crucial to the case and since the Respondents' counsel was prevented from appearing due to no fault of his own, the appearance of the Respondent's counsel be added to the last order and a correct order be uploaded as a corrigendum.

This is a common problem faced by lawyers these days. It is because of the following reasons:

● When a lawyer tries to join a VC hearing and the meeting has not yet started, and the window is not closed, the meeting window remains live.

● If a lawyer logs into a second window, because of the first meeting window being live, the second window is not activated and the counsel is unable to join the meeting

It is advisable that counsels ought not to keep the old window open or live, and close the same before logging in again. This order is to be communicated to the Delhi High Court Bar Association for being circulated amongst its members as it is possible that several lawyers may have faced similar difficulties in logging in. Making Virtual Court hearings smooth and seamless is the need of the hour and it can be done with the cooperation of all stakeholders- lawyers, the Registry and the Court.