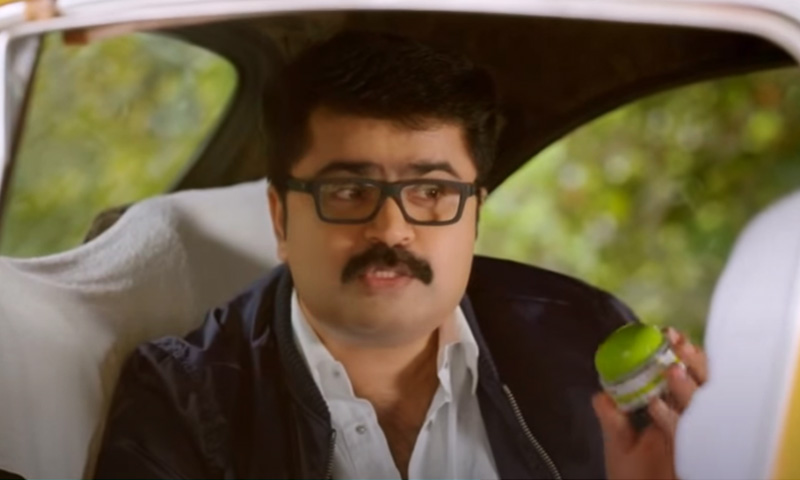 x
Anoop Menon admitted before the forum that he has never used the Dhathri product and that he has only used the hair oil prepared by his mother.

In an interesting order, a consumer court in Kerala has held a film actor liable for making false claims endorsing a hair cream product without ascertaining its effectiveness.The District Consumer Redressal Forum, Thrissur, ordered the manufacturers of 'Dhathri Hair Cream' and film actor Anoop Menon, the celebrity who endorsed the product in an advertisement, to pay compensation of...

In an interesting order, a consumer court in Kerala has held a film actor liable for making false claims endorsing a hair cream product without ascertaining its effectiveness.

The District Consumer Redressal Forum, Thrissur, ordered the manufacturers of 'Dhathri Hair Cream' and film actor Anoop Menon, the celebrity who endorsed the product in an advertisement, to pay compensation of Rs 10,000 each to a consumer for making "false promises".

The order was passed on a consumer complaint filed by Mr. Francis Vadakkan against A-One Medicals, Dhatri Ayurveda Private Ltd and Anoop Menon. The complainant, represented by Advocate AD Benny, told the forum that he had bought the cream for the first time in January 2012 for Rs 376 after seeing the advertisement in which Anoop Menon promised that the use of the product for six weeks will assure lush hair growth.

Though he used the cream, no improvement happened. He complained that he was ridiculed by his friends and family for purchasing the product. Feeling humiliated, he approached the forum for Rs 5 lakh compensation alleging 'deficiency in service' by the opposite parties.

Anoop Menon, in his deposition before the forum, admitted that he has never used the product and that he has only used the hair oil prepared by his mother.

"I have never used the mentioned product. I only use the hair oil my mother makes for me", he told during the cross-examination. He also said that he was not aware of what was told during the advertisement as it was the 'story' of the manufacturers. He added that he thought the product was meant for hair care and not for hair growth.

It is thus clear that the brand ambassador appeared in the advertisement without even using the product, the forum noted in the order. It was also observed by the court that the manufacturer could not deliver the result of the product as claimed by him.

"Hair growth is guaranteed. Just within six weeks, the result will be threefold"- the forum referred to the statements said by Anoop Menon in the advertisement.

The Court also observed that the precautions mentioned in the brochure along with the product are printed in such a way that it is not even visible even when looked at with the help of a magnifying glass.

"The complainant here did not question the effectiveness of ayurvedic medicines, but the question is whether he got the required result as promised through the attractive advertisements," the forum said.

The forum also made sharp critical remarks against the trend of using attractive advertisements to entice gullible consumers to purchase sub-standard products.

"If there were no advertisements, the prices of products will be halved. Thus, the consumer would have been able to save that much amount. Basically, advertisements are a trick to cause a consumerist desire in people. A clever tactic to make people buy useless products", the forum said.

The forum also had some words for the media. It observed that media and newspapers have forgotten their journalistic duties to become only publishers of advertisements.

"Advertisements should help the growth of an informed consumer culture enabling the consumer to make the right choices by rejecting bogus products", the forum added.

Looking at all the evidence, the President C T Sabu and members Dr. K Radhakrishnan Nair and Sreeja S of the District Forum directed Anoop Menon to indulge in future advertisments only after making sure of the product's credibility. It also directed the actor and the company to pay a compensation of Rs.10,000 each. The court further directed A One medicals, the medical store from which the product was purchased, to pay fine of Rs 3,000.

Although the complaint was allowed in September last year, the detailed judgment with reasons and findings was released only last week, on December 29, 2020.

Though the complaint was filed when the Consumer Protection Act had no express provision for fixing liability on celebrity endorsers, that did not deter the court from finding the brand ambassador liable.

The recently passed Consumer Protection Act, 2019, which wholly replaces the 1986 Act, has specific and express provisions to fix liability on celebrity endorsers.